Archbishop asks for prayers to bring peace to Palestinians, Israel 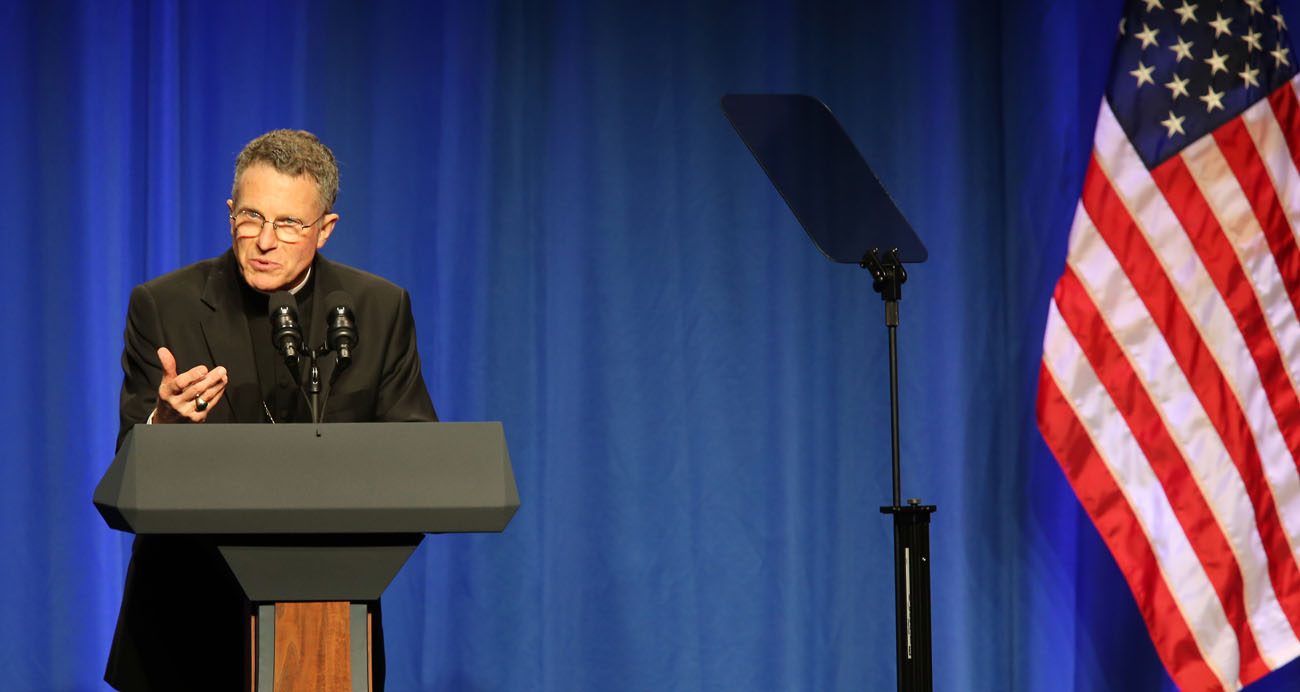 Archbishop Timothy P. Broglio of the U.S. Archdiocese for the Military Services is seen in Washington June 6, 2017. He is chairman of the U.S. bishops' Committee on International Justice and Peace, (CNS photo/Bob Roller)

WASHINGTON (CNS) — The chairman of a U.S. Conference of Catholic Bishops committee echoed Pope Francis in calling for reconciliation and peace in the Holy Land amid ongoing violence between Israel and Palestinians.

Quoting the pope’s Easter prayer for peace, Archbishop Timothy P. Broglio of the Archdiocese for the Military Services, USA, May 18 called for “fruits of reconciliation for the Holy Land, also experiencing in these days the wounds of ongoing conflict that do not spare the defenseless.”

The archbishop, who chairs the U.S. bishops’ Committee on International Justice and Peace, said in a statement the violence in Gaza that has led to 60 Palestinian deaths and injuries to more than 2,000 since May 14 “is deeply troubling.”

“Recognizing Israel’s right to self-defense, it is difficult to justify the death of protesters,” Archbishop Broglio said.

Israeli troops firing into Gaza during a May 14 mass protest at the Gaza-Israel bordern, killing dozens. The violence occurred the same day the United States opened its Jerusalem embassy.

The demonstrations ended a seven-week series of weekly protests at the border. Overall, more than 100 people have died.

The committee chairman called the move of the embassy “a provocative and unhelpful step in the pursuit of peace.”

He also expressed concern that prospects were “dimming for a two-state solution in which a viable and independent Palestine exists in peace with a secure Israel, with Jerusalem as a shared capital.”

“The protests by Palestinians are fueled by desperation due to the dire humanitarian situation in Gaza,” Archbishop Broglio’s statement said. “I pray for all those have been killed or injured and for their families who are suffering.”

He concluded by saying that violence “is not the answer,” and called for prayers for a peaceful resolution to the long conflict among Palestinians and Israel.