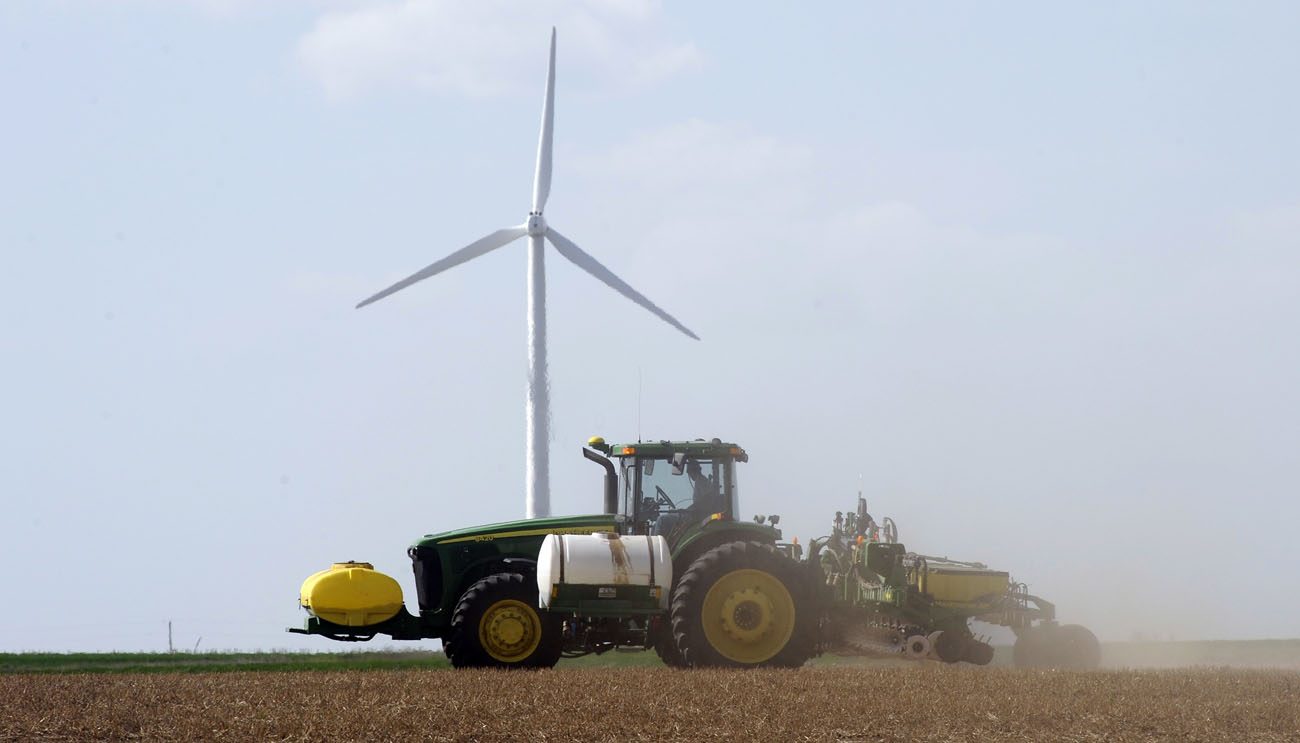 A tractor passes by a wind turbine that was built to provide power to the town of Greensburg, Kan. Boston Cardinal Sean P. O'Malley and other faith leaders joined scientists May 23 in issuing a call to action to address the "ecological and moral emergency" of climate change while there "is still time." (CNS photo/Larry W. Smith, EPA)

BRAINTREE, Mass. (CNS) — Boston Cardinal Sean P. O’Malley and other faith leaders joined scientists in issuing a call to action to address the “ecological and moral emergency” of climate change while there “is still time.”

The group issued the statement at an afternoon news conference held May 23 at the headquarters of the Boston Archdiocesan in Braintree. Its release marked with the third anniversary of Pope Francis’ environmental encyclical, “Laudato Si’, on Care for Our Common Home.”

Climate change affects all aspects of “our shared lives and requires us to work together to protect our common home,” the group’s statement said.

“As a community of scientists, we see greenhouse gas emissions from fossil fuels and deforestation causing dangerous changes to the climate and threatening the stability of the planet,” it continued. “We are trained to simply report the facts, but now our findings compel us to public advocacy.

“As a community of faith leaders, we have worked together to alleviate poverty, to fight racial and social injustice, and to defend human life,” the statement said. “All of these social goods are negatively impacted by climate change, which devastates the most vulnerable and jeopardizes us all.”

The full document, which has more than 500 signatures to date, is posted on the website of Woods Hole Research Center, a climate change think tank in Falmouth. The site is http://whrc.org/joint-appeal.

“Motivated by the climate crisis, we come together as people of scientific competence and people of faith because continued inaction is both scientifically irrational and morally indefensible,” the statement said.

It said that religion, science, business, labor, government, education, civic organizations, communities, and individuals “must do our utmost to reduce greenhouse gas emissions and to protect our communities from the catastrophic impacts of climate change.”

Lawmakers especially, it said, must address “the climate crisis with the boldness and urgency it requires, with substantive and immediate action.”

It pointed to the “proud history” of Massachusetts as being a national leader “in science, technology and public policy that responds to the concerns of all people.”

“We now have an opportunity and an obligation to be leaders in protecting our common home,” the statement said. “We are called to be a beacon to the nation and the world. There is still time to take action, and that time is now.”