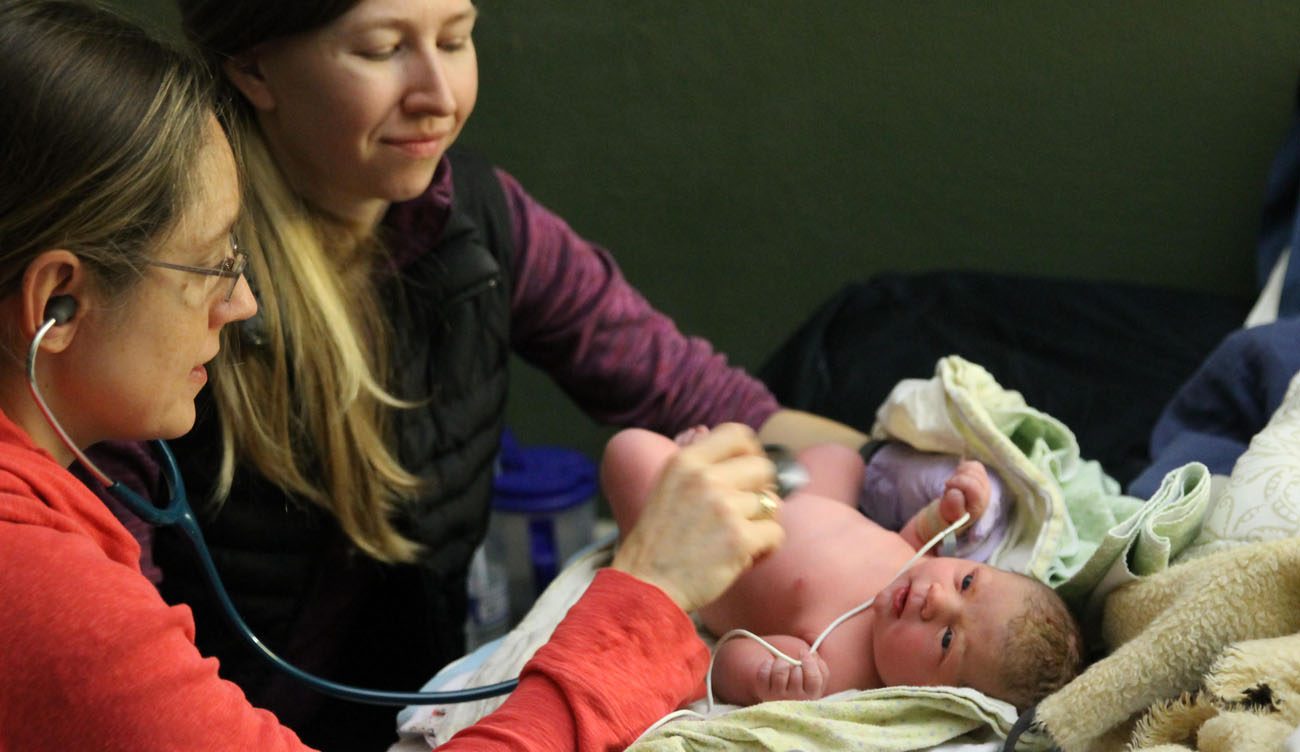 Carissa St. Onge Carneiro swoops her long hair into a ponytail and pours herself a mug of coffee for the road. During the dark drive across Portland, she says a Hail Mary, asking for grace and wisdom, and prays to the guardian angels for the baby still in the womb.

Soon she’ll be at the side of a laboring mother, drawing on modern medical training blended with the collective knowledge of those who have gone before her.

A few — or many — hours later, she’ll be back in the car, leaving behind a baby enveloped in love.

St. Onge Carneiro, 40, has attended hundreds of births, but it never ceases to be “crazy and spiritual,” she said in her Portland office. “A new human is emerging from another human body. It’s a miracle.”

Midwifery, the art or act of assisting with childbirth, has captivated St. Onge Carneiro since she was a teenager after the lifelong Catholic met her first midwife, her then-boyfriend’s mom, at 16.

“I was intrigued by her lifestyle,” St. Onge Carneiro recalled.

She read numerous books on women’s health and studied to be a doula, someone who offers nonmedical support to a mother before, during and after childbirth.

The changes in a woman’s body during pregnancy “fascinated me, and I was in awe of how conception can even happen,” said St. Onge Carneiro, who by 17 had decided to one day become a certified nurse midwife.

The two most common types of midwives in the U.S. are certified nurse midwives and certified professional midwives. The former are advanced-practice registered nurses who have completed a minimum of a master’s degree in nursing rooted in a rigorous academic program and hands-on training. 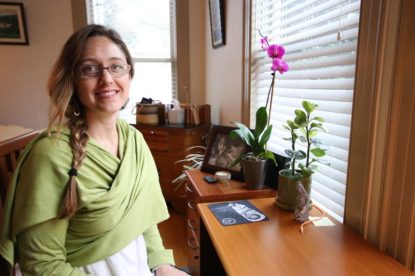 “Midwifery has been a calling for women since the beginning of time,” said St. Onge Carneiro, a member of Holy Trinity Parish in Beaverton, west of Portland. “I wanted to see what existed outside my little box.”

Following graduation from the University of Portland’s School of Nursing, St. Onge Carneiro considered the Peace Corps and imagined helping women in Africa. But after registering with Catholic Volunteer Network, which links volunteers to service opportunities, she received a phone call from closer to home.

St. Onge Carneiro did as the sister asked and joined the Franciscan Sisters of Mary as a lay worker at Holy Family Birth Center on the Texas-Mexico border. She worked as a maternity nurse for women crossing into the U.S. seeking a better life.

“We lived communally, and only the four or five birth suites had air conditioning,” St. Onge Carneiro said. “It was hard, hot and sweaty, with home visits to trailers in the middle of fields.”

Her time at Holy Family shaped her spirituality around midwifery. There always was someone praying during a birth, she said, recalling one nun in particular, Sister Damien Francois, known as the “prayer warrior.”

“She’d always have a rosary in hand, praying for everyone there,” St. Onge Carneiro said.

St. Onge Carneiro’s time on the border solidified her belief that midwifery “should be available to all women, especially those who are disenfranchised,” she said.

Back in Oregon, St. Onge Carneiro married her college beau, Augusto Carneiro, and they quickly started a family. She gave birth to her three children at home, with a midwife in attendance, and worked as a nurse in a variety of birth settings, including hospitals and homes.

Once her children were in school, St. Onge Carneiro fulfilled her longtime dream. Completing homework side by side with her kids, she earned her master’s degree in nursing through the Kentucky-based Frontier Nursing University. Frontier is one of the first midwifery programs in the country. Its mission includes educating people who will care for the underserved and those in rural communities.

For the past 11 years, St. Onge Carneiro has worked at Portland’s A Gentle Beginning, which includes midwifery care for home births. Although most clients are middle or upper-middle class, St. Onge Carneiro planned to soon begin serving a more diverse population when she begins filling in for midwives at Providence Women’s Clinic at Providence Portland Medical Center.

She dreams of one day being part of an out-of-hospital birth center that builds community and serves the poor and those in need from all backgrounds.

“Whether in a house, in a hut or in a hospital, babies are born all over the planet,” she said. “These little loved beings are born into such diverse spaces and circumstances.”

St. Onge Carneiro acknowledges that the late nights and unpredictable hours of a midwife can be hard on families, as well as take a toll physically. “It’s a profession of deep connection with other women and their families, and you can easily get pulled from your own,” she said.

But St. Onge Carneiro said she’s lucky to be healthy and have a strong support system, and she sets boundaries in order to be fully present to her husband and children: Camila, 15, Adriano, 13, and Giovani, 11.

It often seems that nothing fazes midwives, and that’s likely because they are with people at their most vulnerable, at raw and painful times and at the most poignant moments of their lives, St. Onge Carneiro said.

“My children will say to me, ‘Why are you not getting mad about this? Why are you so calm all the time?’ I think it’s because I’ve seen so many types of births and so many ways of being human.”

And that has helped her relinquish judgement and practice patience and acceptance.

St. Onge Carneiro follows the example of the highly skilled and fiercely faithful sisters she worked alongside in Texas.

“I feel that the Holy Spirit helps us to say the things we need to say and do what we need to do,” she said. “If I trust that God is going to take care of me, I’m going to be gifted with what I need.”

NEXT: Catholics get chance to celebrate, think about Mary with new feast day