Burundi’s bishops say people are too afraid to vote honestly 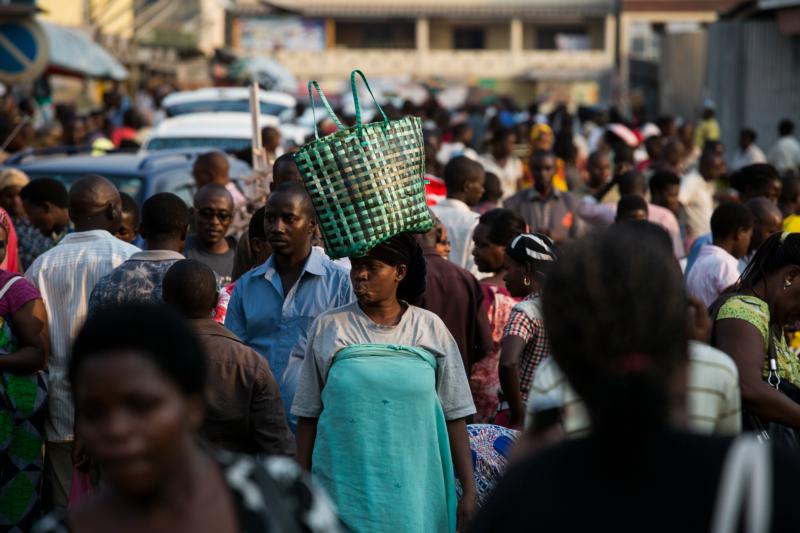 People walk through a market in Bujumbura, Burundi, in this 2015 file photo. Catholic bishops there have criticized an upcoming referendum on constitutional reform that would allow President Pierre Nkurunziza to remain in office till 2034. (CNS photo/Will Swanson, EPA)

BUJUMBURA, Burundi (CNS) — Catholic bishops in Burundi have criticized an upcoming referendum on constitutional reform, warning that voters will be too afraid to express their views.

If passed May 17, the proposal would enable President Pierre Nkurunziza, already in power since 2005, to remain in office till 2034.

“Many citizens are living in fear, even if they don’t say this openly, and don’t dare say what they think for fear of reprisals,” the bishops’ conference said in a statement.

“Instead of uniting Burundians, work on this constitution project seems to have exacerbated the discord. In our view, this is not an opportune moment for profoundly amending the constitution.”

It said the Catholic Church had a mission to foster “unity, concord and peace,” and believed insufficient account had been taken of the existing constitution’s Article 299, which bars revisions “if they damage national unity, the cohesion of the Burundian people or reconciliation.”

“Many people have fled the country, including members of the political class; and while some have responded to the authorities’ appeal by returning, many have not, for various reasons, and so will not be able to express their views,” said the bishops’ statement. “Their fear is often caused by the language, attitude and behavior of certain Burundians, who use violence and abuse their authority to suppress the freedom of expression and opinion of their political adversaries.”

The Catholic Church makes up around two-thirds of the 8.5 million inhabitants of Burundi, which was thrown into conflict in 2015 following Nkurunziza’s acceptance of a third term in apparent violation of the constitution.

More than 1,200 people have been killed and 250,000 forced to flee abroad in subsequent roundups by pro-government paramilitaries, amid fears of a resurgence of ethnic conflict that left 250,000 dead in a 1993-2006 civil war between Burundi’s Tutsi and Hutu communities.

The bishops noted that Burundi’s democratic system had been “put to the test” since 2015 and still needed to be “accepted step by step,” adding that the church would appeal for all political actors “to give priority to the country’s good.”

“Efforts at dialogue, which should bring them together, haven’t succeeded — and this is a shame since concord or division in the population often depend on its political class,” the bishops’ conference said.

“Given the democratic path our country has assumed, voting will have the final word. So we can only hope this referendum takes place in peace and freedom, and that Burundians will vote Yes or No without any pressure.”

Human rights groups have cited widespread intimidation since campaigning opened May 1, particularly by supporters of Nkurunziza’s government, which suspended broadcasts by the BBC and Voice of America in early May after accusing them attempting to discredit the president.

The Associated Press said May 8 that people feared a new wave of civic conflict after a ruling party official urged people “to castrate the enemy,” and another called for Nkurunziza’s opponents “to be drowned in a lake.”

PREVIOUS: See the yearning for peace in eyes of migrants, refugees, pope says