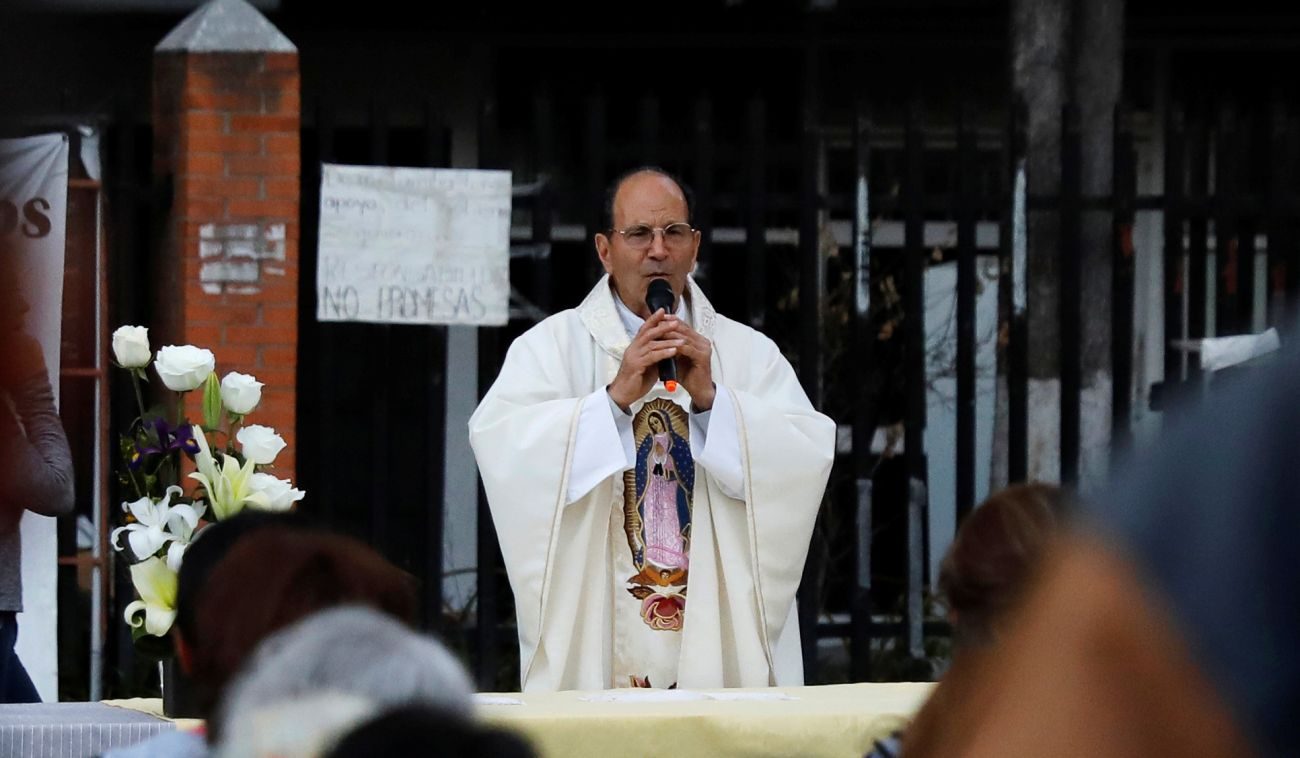 MEXICO CITY (CNS) — The front-runner in Mexico’s presidential election said, if he wins July 1, he would appoint an activist priest as his human rights director.

Andres Manuel Lopez Obrador told a gathering of victims of violence May 8 that he would appoint to Father Alejandro Solalinde to the human rights position and name Catholic poet Javier Sicilia — whose son was kidnapped and killed in 2011 and later organized the families of those suffering atrocities — to form part of a commission for finding the thousands of disappeared people in Mexico.

“Of course I will, because it’s for Mexico and provided it’s without a salary,” Father Solalinde said. “I don’t need a salary. I’m a missionary. It would be an honor to serve Mexico in this manner.”

The left-leaning Lopez Obrador leads all polls for the July 1 election and has promised to pursue alternative approaches for calming the country, which has convulsed with crime and violence. In 2017 the country had its most murderous year on record.

Lopez Obrador has said he wanted to tackle the root causes of violence (such as poverty) and will convene forums with experts and spiritual leaders — including an invitation for Pope Francis — to solve Mexico’s security issues.

He also has proposed an amnesty for those involved in the illegal drugs business, something critics allege will let the perpetrators of crimes like kidnap and extortion off the hook. Proponents say, however, an amnesty will offer an out for those trapped in illicit activities and or who joined drug cartels due to coercion or a dearth of other economic options.

Mexican law would possibly prohibit Father Solalinde from accepting a senior position in government and remaining a priest, though some prelates are accepting public positions. A Jesuit priest in the state of Chihuahua, Father Javier Avila, became a member of the State Executive Committee for Attention to Victims. The designation was ruled legal as his position was deemed “honorary.”

Canon law prohibits a priest from holding a public office that entails participation in the exercise of civil power.

Father Solalinde has become one of Mexico’s best-known prelates and often opines on human rights and political issues — a thorny area for the Catholic Church, which is technically supposed to stay on the sidelines of the country’s public life. He won Mexico’s national human rights award in 2013 for his work with migrants.

Father Solalinde’s high profile has caused some discomfort among priests in the Diocese of Tehuantepec, where he opened the Brothers on the Road Shelter and endured political persecution and threats from organized crime. Bishop Oscar Campos Contreras, who was transferred to another diocese in September, asked Father Solalinde to assume parish responsibilities rather than serve as an itinerant priest, but a media storm caused the bishop to back down.

“The previous bishop was in a very delicate position,” said Father Jose de Jesus Gutierrez, diocesan spokesman. “It was a lot of social pressure” from people not considered friendly to the church, Father Gutierrez added. “In the last priests’ meeting we had, this man, Father Solalinde, was asked to give an account … but he has not appeared.”