Catholic media must not fall behind in digital age, pope says 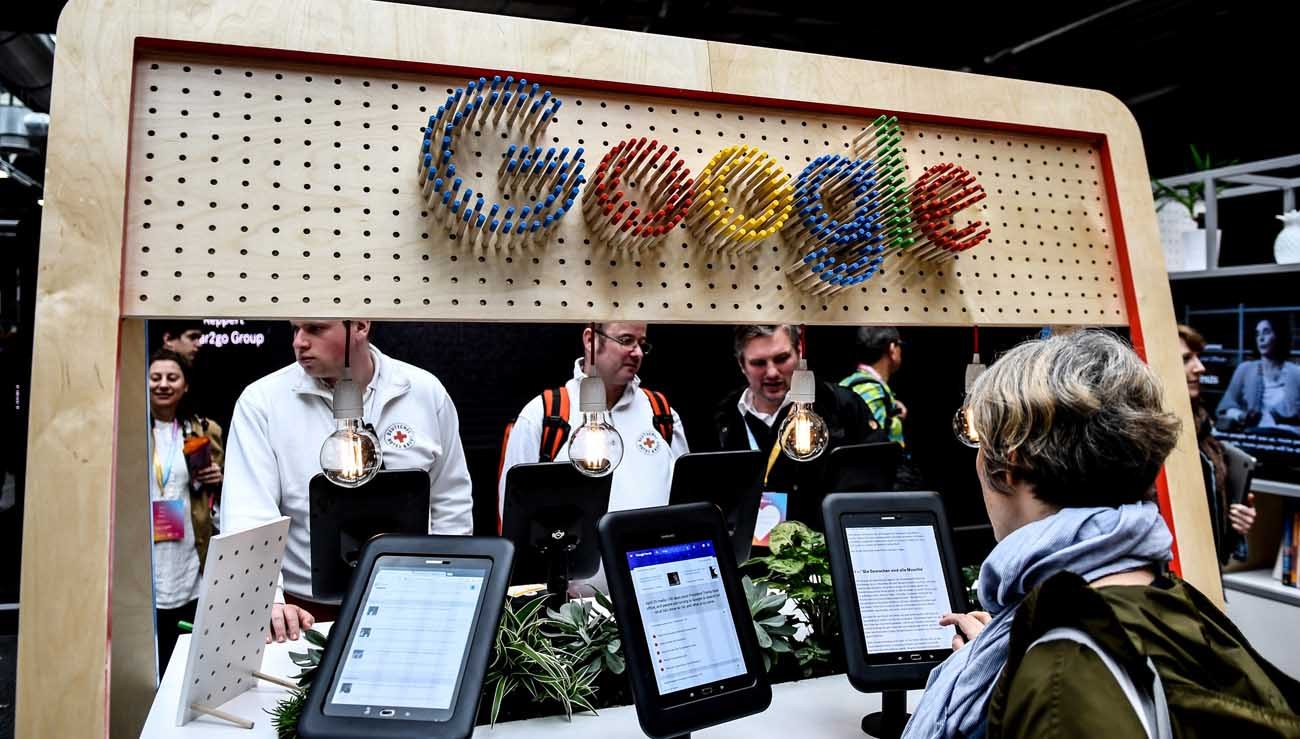 Visitors look at the digital media offerings at the booth of technology giant Google at the Republica 17 digital conference May 8, 2017, in Berlin. In an age when technology is ever-evolving, Catholic news organizations must be willing to adapt to effectively proclaim the Gospel to all, Pope Francis said. (CNS photo/Filip Singer, EPA)

VATICAN CITY (CNS) — In an age when technology is ever-evolving, Catholic news organizations must be willing to adapt to effectively proclaim the Gospel to all, Pope Francis said.

Speaking to directors and employees of Avvenire, the daily newspaper of the Italian bishops’ conference, the pope said that the use of new digital platforms not only requires significant technological updates but also a willingness to accept that “the attachment to the past may prove to be a dangerous temptation.”

“Authentic servants of tradition are those who, while keeping memory alive, know how to discern the signs of the times and open new paths,” he said May 1.

Marking the feast of St. Joseph the Worker and International Workers’ Day, which is a public holiday in Italy and many other countries, Pope Francis noted that Jesus’ foster father was a “man of silence,” which at first “may seem the opposite of a communicator.”

But, he said, Catholic journalists and news organizations must realize that “only by shutting down the noise of the world and our own gossip will it be possible to listen, which remains the first condition of every communication.”

Particularly in today’s world where “the speed of information surpasses our capacity of reflection,” he said, church members are exposed “to the impact and influence of a culture of haste and superficiality” and risk reducing the church’s mission to a “pastoral ministry of applause, to a dumbing down of thought and to a widespread disorientation of opinions that are not in agreement.”

The example set forth by St. Joseph, he added, is a reminder for all Christians working in the field of communications to “recover a sense of healthy slowness, tranquility and patience.”

“With his silence, he reminds us that everything begins from listening, from transcending oneself in order to be open to another person’s word and history,” the pope said.

Recalling the words of Blessed Paul VI, Pope Francis said that Catholic newspapers shouldn’t just report news to “make an impression or gain clients” but rather to educate their readers “to think, to judge” for themselves.

“Catholic communicators avoid rigidities that stifle or imprison,” he said. “They do not cage the Holy Spirit, but seek to let it fly, to let it breathe within the soul. They never allow reality to give way to appearances, beauty to vulgarity, social friendship to conflict. They cultivate and strengthen every sprout of life and goodness.”

Pope Francis encouraged Avvenire’s directors, journalists and employees to be heralds of the Gospel and, like St. Joseph, be true guardians who protect society’s well-being and dignity.