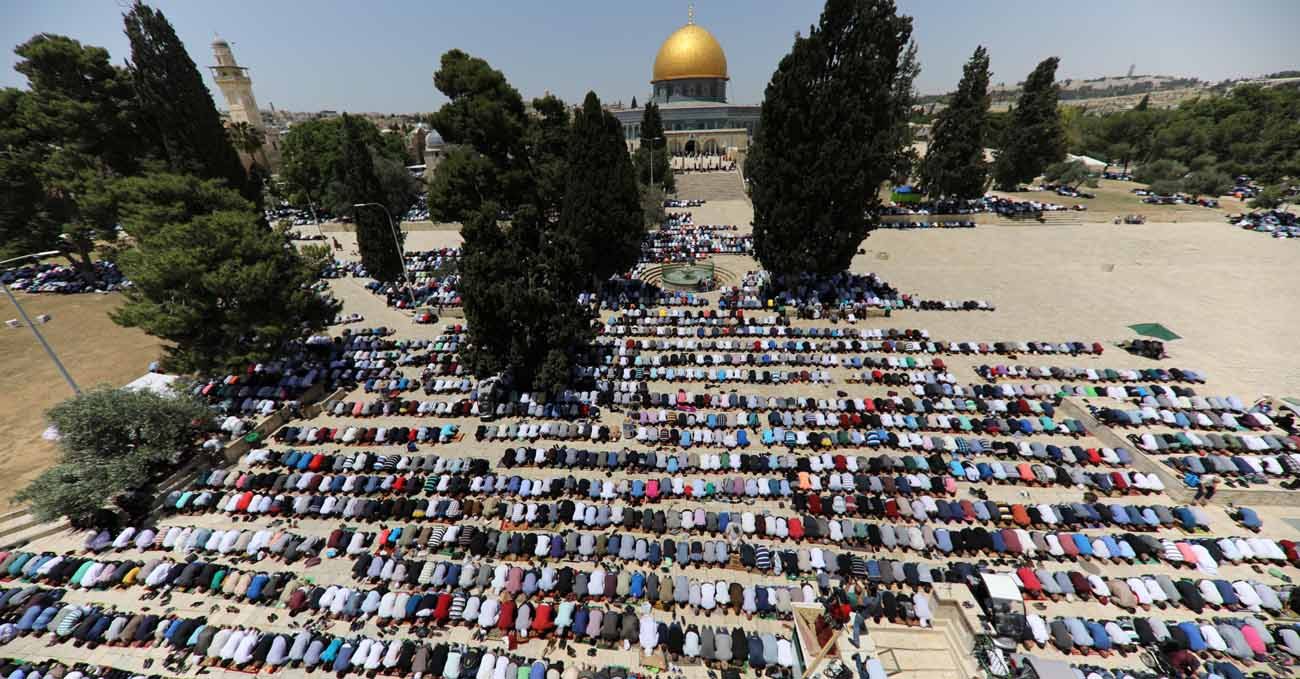 Palestinians pray at Noble Sanctuary in Jerusalem’s Old City May 18. Cardinal Jean-Louis Tauran, president of the Pontifical Council for Interreligious Dialogue, said May 18 that a competitive attitude between Christians and Muslims fosters the belief that religions are a source of tension and violence, not peace. (CNS photo/Ammar Awad, Reuters)

VATICAN CITY (CNS) — A competitive attitude between Christians and Muslims fosters the belief that religions are a source of tension and violence, not peace, said Cardinal Jean-Louis Tauran.

“It is important that we Christians and Muslims recall the religious and moral values that we share, while acknowledging our differences,” said the cardinal, president of the Pontifical Council for Interreligious Dialogue.

“By recognizing what we hold in common and by showing respect for our legitimate differences, we can more firmly establish a solid foundation for peaceful relations, moving from competition and confrontation to an effective cooperation for the common good,” he said in a message to Muslims.

The annual message was for Ramadan, which began May 16, and Eid al-Fitr, the feast marking the end of the monthlong fast, which will be on or around June 15 this year. The Vatican published the message May 18.

Titled, “Christians and Muslims: From Competition to Collaboration,” the message expressed appreciation for “the great effort by the Muslims throughout the world to fast, pray and share the Almighty’s gifts with the poor.”

The importance of the month was an opportunity to share some thoughts about relations between Christians and Muslims and the need to move from competition to collaboration, the cardinal wrote.

“A spirit of competition has too often marked past relations between Christians and Muslims,” he said, adding that “the negative consequences of which are evident: jealousy, recriminations and tensions.”

“In some cases, these have led to violent confrontations, especially where religion has been instrumentalized, above all due to self-interest and political motives,” the message said.

This kind of “interreligious competition” hurts the image of religions and their followers, “and it fosters the view that religions are not sources of peace, but of tension and violence,” it said.

To prevent and overcome such negative consequences, the cardinal wrote, it is key for Christians and Muslims to recognize what values they share and show respect concerning legitimate differences.

Working together for the common good should include assisting those most in need, allowing both sides “to offer a credible witness to the Almighty’s love for the whole of humanity,” the message said.

“So that we may further peaceful and fraternal relations, let us work together and honor each another,” Cardinal Tauran wrote. “In this way we will give glory to the Almighty and promote harmony in society, which is becoming increasingly multi-ethnic, multireligious and multicultural.”

PREVIOUS: All of Chile’s bishops offer resignations after meeting pope on abuse