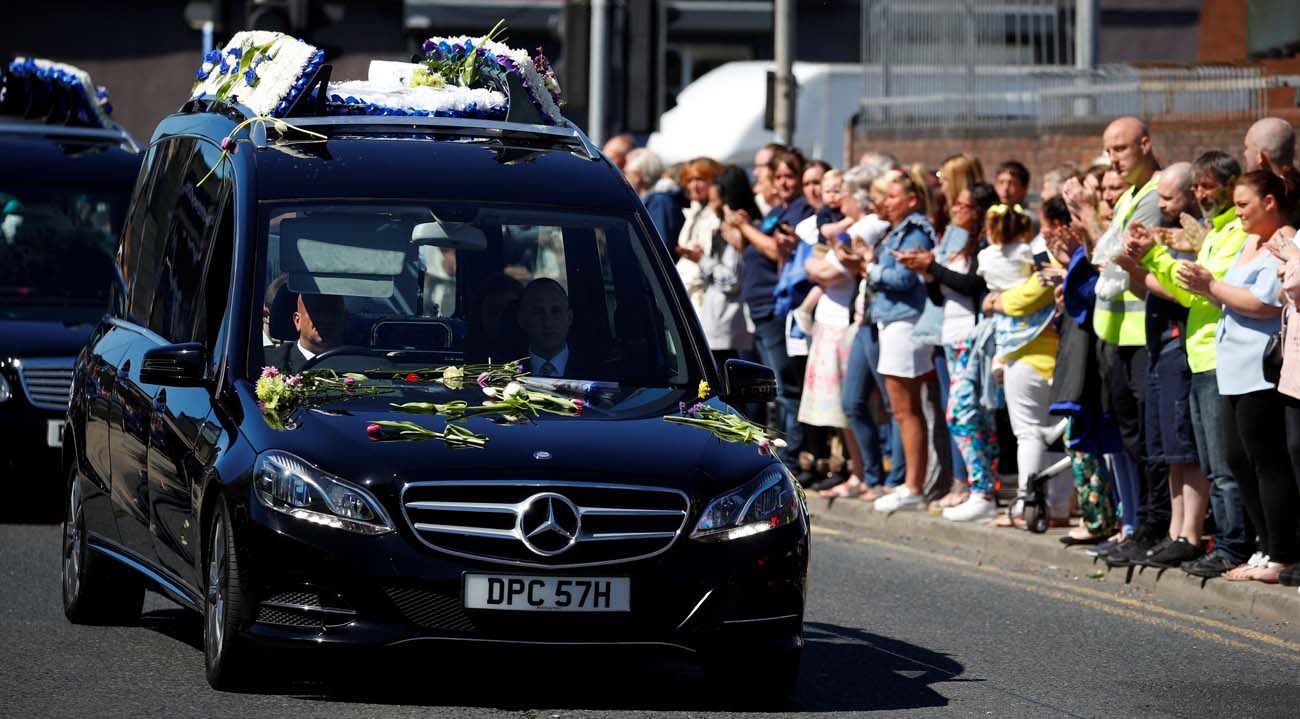 LIVERPOOL, England (CNS) — Thousands of mourners lined the streets of Liverpool to pay tribute to Alfie Evans on the day of the toddler’s funeral.

The 23-month-old boy, who suffered a severe degenerative neurological condition, died April 28, some 10 days after his father, Tom Evans, had asked Pope Francis to help get him to Rome for treatment.

The family insisted on a private burial in Liverpool May 14, but well-wishers lined the route and applauded and threw flowers when the hearse carrying the child’s coffin, decorated with a blue heart and toy soldiers, passed by.

Evans, a Catholic, and the boy’s mother, Kate James, wanted to take Alfie out of the U.K. after doctors at Liverpool’s Alder Hey Children’s Hospital said they could do no more to help the child, and a High Court judge ruled that it was in Alfie’s best interests to die.

The Court of Appeal, Supreme Court and European Court of Human Rights upheld the initial judgment.

When the child breathed unaided after medics removed his ventilator, the parents appealed again but without success.

The Vatican’s Bambino Gesu hospital had offered to care for Alfie, while accepting little could be done to cure him.