Nicaraguan bishops denounce death threats against one of their own 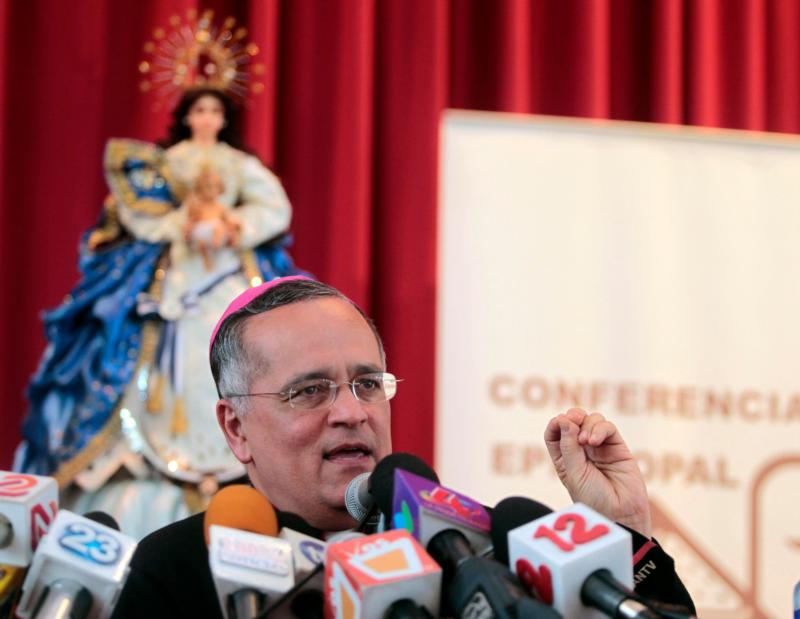 MEXICO CITY (CNS) — The Nicaraguan bishops’ conference has denounced death threats against an outspoken bishop, whose comments on corruption and support for students in the protests consuming the country have been poorly received by those in power.

In a statement dated May 22, the conference said priests and bishops were the objects of “discredit and death threats … particularly our brother Auxiliary Bishop Silvio Jose Baez of Managua, via journalists and official media outlets and anonymous accounts on social media such as Twitter and Facebook.”

The statement, signed by Bishop Juan Mata Guevara of Esteli, conference secretary-general, continued: “In spite of the threats, we remind the aggressors we are a collegial body, and if a bishop or priest is attacked, the church is attacked. In this decisive hour, we will not give up accompanying all of the Nicaraguan people, who under the blue and white of our flag, have taken to the streets to demand their rights.”

Protests erupted in Nicaragua after the government of President Daniel Ortega announced an increase in fees for the country’s social security system, which critics say was poorly run and rife with corruption. A heavy-handed response kept the protests going and swelled its ranks, especially with students and campesinos, some of whom had grievances over possibly being displaced by the construction of an inter-oceanic canal.

The bishops’ conference in Nicaragua has convened a national dialogue, which includes students, campesinos, business leaders and the Ortega government.

Bishop Baez has surged to prominence with his support for students in the protest, calls for democracy and concern for the poor.

“May those who insult and defame me know, along with those who want me dead, that I am not scared and I will not bend nor will they silence me. My loyalty to Jesus Christ and my love for the people of Nicaragua is stronger than ever,” he tweeted.

Brian Strassburger, an American Jesuit scholastic serving in Nicaragua, told Catholic News Service that some in the church are trying to find an exit from the crisis and accompanying protesters — he cited the Franciscan friars who acted as human shields –- but many priests are saying little on the matter in their homilies.

“I wouldn’t say the Catholic clergy at large has taken a particular stance, Bishop Baez being a particular exception to that,” Strassburger said. “There’s no large political opposition. There are no large political figures that are not for the government … so Silvio Baez been a big advocate, speaking for what would be essentially be the opposition’s case. He’s really trying to defend human rights and the students who have been assaulted, but in these circumstance, it’s been colored as a political position.”