Pope calls dicastery to promote reflection on role of women 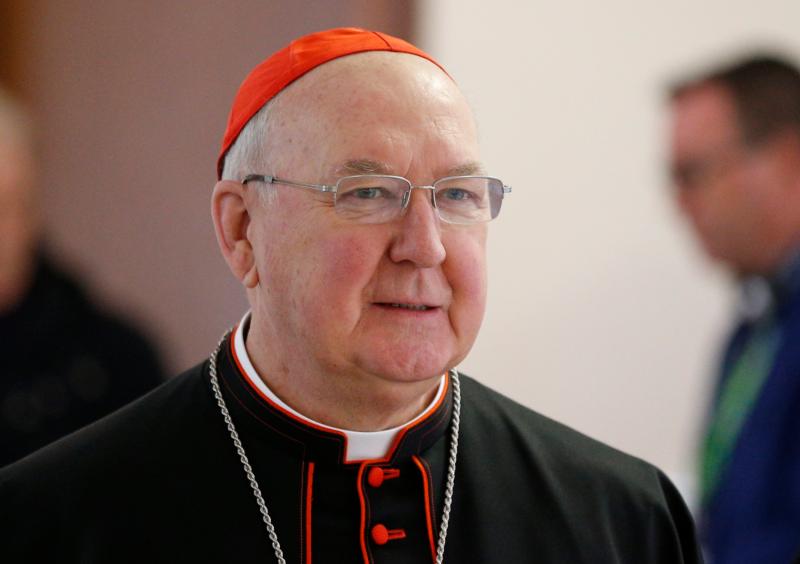 Cardinal Kevin Farrell, prefect of the Dicastery for Laity, the Family and Life, is pictured before a pre-synod gathering of youth delegates at the Pontifical International Maria Mater Ecclesiae College in Rome March 19. The pope has updated the statutes of the dicastery, eliminating the requirement that it have three separate sections for laity, family and life. (CNS photo/Paul Haring)

VATICAN CITY (CNS) — Pope Francis has updated the statutes of the Dicastery for Laity, the Family and Life, adding among other things a specific reference to the office’s responsibility for promoting a deeper reflection on the role of women in the church and society.

“The dicastery works to deepen the reflection on the relationship between men and women in their respective specificity, reciprocity, complementarity and equal dignity,” the new statutes said. “Valuing the feminine ‘genius,’ it offers a contribution to ecclesial reflection on the identity and mission of women in the church and in society, promoting their participation.”

The new statutes, approved by the pope on an experimental basis, were released by the Vatican May 8 and were to go into force May 13. They replace statutes issued in June 2016, just before the new office began functioning under the leadership of U.S. Cardinal Kevin J. Farrell.

While most of the articles in the statutes were unchanged, the new set eliminated a requirement that the office have three separate sections — for laity, for family and for life — each presided over by an undersecretary. However, the new statutes said the office will have “at least two lay undersecretaries.”

The introductory article added a reference to how, “in accordance with the principles of collegiality, synodality and subsidiarity,” the dicastery is to maintain relations with national bishops’ conferences, dioceses and other church groups and promote collaboration among them.

And, in response to Pope Francis’ call in “Amoris Laetitia” to improve marriage preparation programs, the new statutes called on the dicastery to offer “guidelines for training programs for engaged couples preparing for marriage, and for young married couples.”

The statutes also gave the dicastery added responsibility for expressing “the pastoral care of the church also in relation to so-called ‘irregular’ situations,” which include cohabiting couples and couples who are divorced and civilly remarried.

The new document also expanded references to the office’s care for youths and young adults, promoting their involvement in the church and advocating for their needs in society.

The dicastery, it said, “expresses the particular concern of the church for the young, promoting their agency in the midst of the challenges of today’s world. It supports the initiatives of the Holy Father in the field of youth ministry and is at the service of the episcopal conferences, of international youth movements and associations, promoting their collaboration and organizing meetings on an international level.”