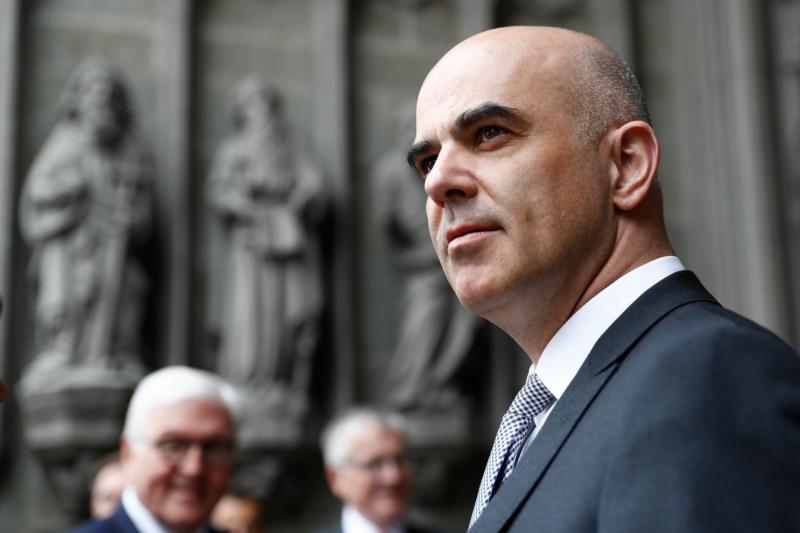 Swiss President Alain Berset is pictured in Switzerland April 26. Pope Francis will meet him prior to the start of the ecumenical encounter at the World Council of Churches June 21. (CNS photo/Peter Klaunzer, EPA)

VATICAN CITY (CNS) — During his one-day visit to Geneva, Pope Francis will highlight the importance of Christians praying and working together on their ecumenical journey.

He will visit the ecumenical center of the World Council of Churches, where he will be part of an ecumenical prayer service and meeting June 21. The pope will also meet privately with the president of the Swiss confederation and celebrate Mass with the local Catholic community.

The papal visit is part of celebrations for the 70th anniversary of the World Council of Churches — a fellowship of Christian communities and churches, seeking visible unity among Christians.

The Vatican released the pope’s schedule, the pope’s 23rd trip abroad, May 7.

Here is the schedule released by the Vatican. Times listed are local, with Eastern Daylight Time in parenthesis. As of May 7, the Vatican had not provided specific times for some events.

— Lunch with the WCC leadership at the council’s Ecumenical Institute at Bossey.

— Departure ceremony at the airport.

PREVIOUS: Love is constant caring for others, pope says at parish visit