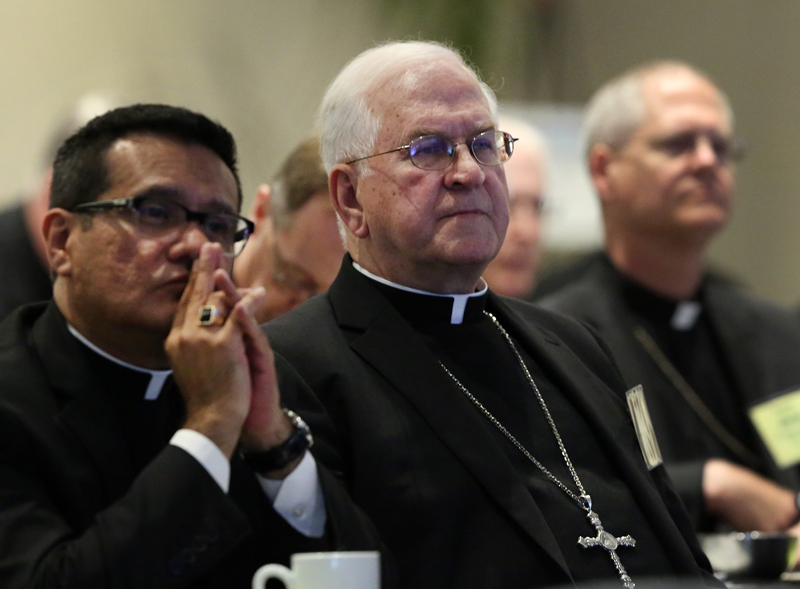 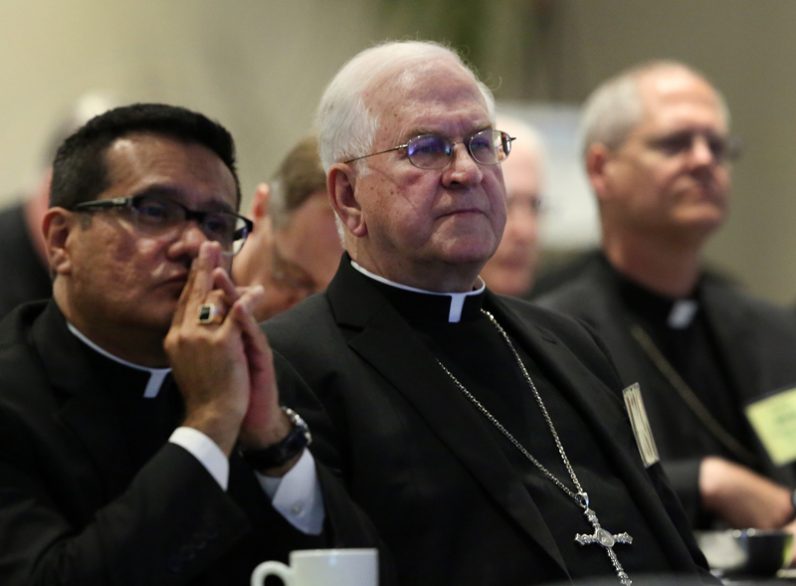 FORT LAUDERDALE, Fla. (CNS) — New supplementary documents and a video are on the horizon for the U.S. Conference of Catholic Bishops in advance of the 2020 presidential election.

During their spring general assembly, the bishops approved the production of a short letter “to inspire prayer and action regarding public life” and a short video and other resources that would apply the teaching of Pope Francis to contemporary issues.

The actions are meant to clarify the bishops’ document on Catholics in public life, “Forming Consciences for Faithful Citizenship.”

In a June 14 vote, bishops supported the actions 144-41, with two abstentions after an 85-minute discussion that found some bishops calling for an extensive revision of the quadrennial document that traditionally has been issued a year in advance of a presidential election.

Approval came after the working group included a reference that the materials that will be developed would “apply the teaching of Pope Francis to our day.”

Supporters of a full revision said the current document, first adopted in 2011 and revised in 2015, does not reflect the extensive teachings of Pope Francis and on issues that have emerged in recent years such as restrictive immigration policies, the U.S. withdrawal from the Paris climate agreement and the renewed threats posed by nuclear weapons.

The proposal for a letter, video and other materials came from a working group that included the chairmen of several USCCB committees that regularly deal with public policy issues, including poverty, abortion, family, marriage, health care and international affairs.

The materials will be prepared in time for the bishops to review at their fall general assembly in November 2019. The bishops traditionally have issued updated versions of the Faithful Citizenship document about a year before a presidential election.

The discussion found several bishops saying that the most recent edition of the document does not incorporate the teachings of Pope Francis on worldwide concerns such as the migration of people, economic inequality and protecting earth’s resources.

They also pointed to the need to incorporate the USCCB statements on gun control and access to health care.

In calling for a new document, the bishops said the current document has gained little attention from Catholics — with about one in six churchgoers having read at least part of it — because it is too long.

The push for a major revision of the document started with Chicago Cardinal Blase J. Cupich, who said, “It would be a missed opportunity and a big mistake not to move forward with an entirely new document.”

Their discussion of a new document and how to address differences of opinion could also model for the country how “how public civil discourse can take place,” the cardinal added. “People have very few examples of how this should take place.”

Bishop John E. Stowe of Lexington, Kentucky, saying he welcomed the new materials, echoed the cardinal and said including gun control in the document was important as young people rise to challenge the nation’s gun laws after several mass shootings in schools.

Bishop Robert W. McElroy added that it was vital for the Faithful Citizenship document to reflect “the signs of the times” by addressing rising racism, economic inequality and the “greatest assault on immigration law in the last 50 years.”

Archbishop Jose H. Gomez of Los Angeles, USCCB vice president, who presented the working group’s proposal, explained that drafting a new document on Catholic participation in public life would require a long effort and regular review of the USCCB as a whole. He expressed concern that it might not be done by November 2019.

Several bishops offered their support for the working group’s plan, saying what was being proposed would be a good step toward reaching new audiences, especially people who depend on digital platforms for their news and information.

“We have to remember who the audience is. As it has developed, the audience for Faithful Citizenship is probably not most people in the pews, unless they happen to be policy wonks. Really it’s (state) Catholic conference directors, it’s the clergy, its ourselves,” Archbishop William E. Lori of Baltimore said.

“While we can talk about reworking and revising, that is a very tall challenge,” he said.

After more than an hour of back-and-forth discussion, a vote was taken to move forward with the working group’s proposal.