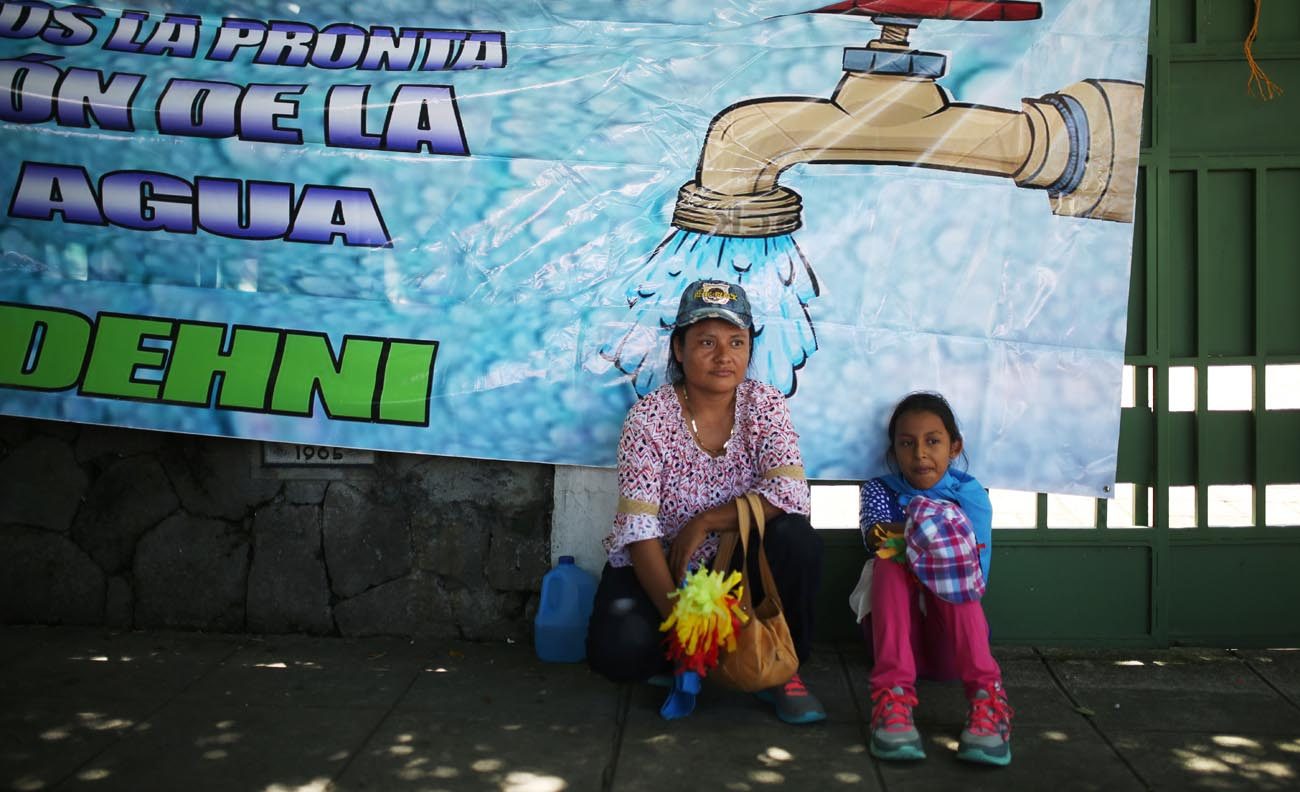 A woman and child sit in front of water poster in San Salvador, El Salvador, July 24, 2017. The country’s bishops urged lawmakers June 12 to discard any plans for privatizing water, saying the poor could not afford to pay the cost of a vital necessity. (CNS photo/Jose Cabezas, Reuters)

SAN SALVADOR, El Salvador (CNS) — El Salvador’s bishops urged lawmakers to discard any plans for privatizing water in the Central American country, saying the poor could not afford to pay the cost of a vital necessity.

In a terse statement, issued June 12 and titled, “We will not allow the poor to die of thirst,” the Salvadoran bishops’ conference cited Pope Francis’ encyclical “Laudato Si’, on Care for Our Common Home,” which said, “Access to potable and secure water is a basic, fundamental and universal human right because it determines the survival of people and therefore is a condition for the exercising of all other rights.”

The bishops continued: “As pastors, we are witnesses to the outcry of our people, who ask for potable water in all homes and could not pay the costs if (water) is turned into a good, which is subject to market forces.”

El Salvador’s legislature is starting debate on a national water law. The legislation is proving controversial because some lawmakers favor increased private-sector participation in water management.

The bishops’ conference preferred that public oversight of water resources be maintained.

“If a law is approved that grants a private entity the right to decide over distribution of water in the nation, denying the state this function, we would be facing an absolutely undemocratic law, which lacks legitimacy,” the bishops said.

“An unjust law that violates the rights of the people cannot be admitted.”