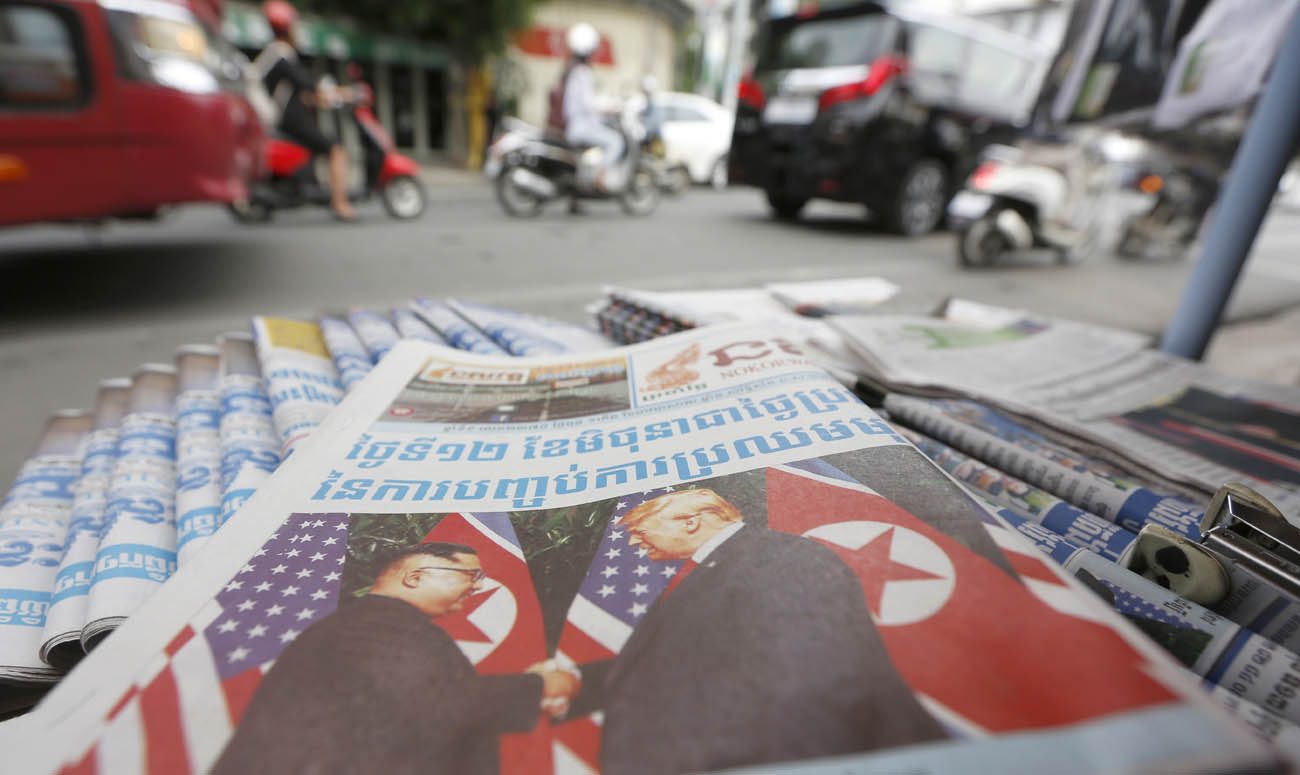 Newspapers are seen in a stand in Phnom Penh, Cambodia, June 13. During his homily at morning Mass June 18 at Domus Sanctae Marthae, Pope Francis said all dictatorships begin the same way: Media outlets are put in the hands of "unscrupulous" people who spread lies and weaken democracy. (CNS photo/Kith Serey, EPA)

Typical standards, norms and laws in regard to communications are first eliminated, the pope said in his homily June 18 during morning Mass at Domus Sanctae Marthae.

Then an entire media or communication outlet is handed over “to a firm, a business that slanders, tells lies, weakens democracy, and then the judges come to judge these weakened institutions, these destroyed, condemned people and a dictatorship makes progress this way,” he said.

The pope’s homily focused on the day’s first reading in which Jezebel succeeds in her a plot to help her husband, King Ahab, take possession of their neighbor’s land; the neighbor, Naboth, refused to sell what had belonged to his family for generations. Jezebel arranged for two men to accuse Naboth of cursing God and the king, for which Naboth was stoned to death.

Today, many people, “many heads of state or government,” forge the same scenario: start with a lie and “after you destroy both a person and a situation with that falsehood,” there is a judgment and a conviction, he said.

Many countries, today, he added, “they use this method: destroy free communication.”

But individuals, too, are also tempted to destroy others by talking behind their back, telling lies or spreading scandalous news, the pope said.

Talking about scandals is enormously seductive, he said, and “one is seduced by scandals. Good news isn’t a seductress.”

“The seduction of scandal in communication backs one into a corner,” in that it destroys people like Naboth or St. Stephen, who was stoned to death by people who didn’t want to hear the truth.

There have been “so many people, so many countries destroyed by evil and calumnious dictatorships,” he said, including the ones that persecuted the Jews with “calumnious communication” so they ended up in Auschwitz.

“Oh, it was a horror, but it’s a horror that happens today — in small communities, to people, in many countries. The first step is to seize communications, and later destroy, judgment and death,” he said.