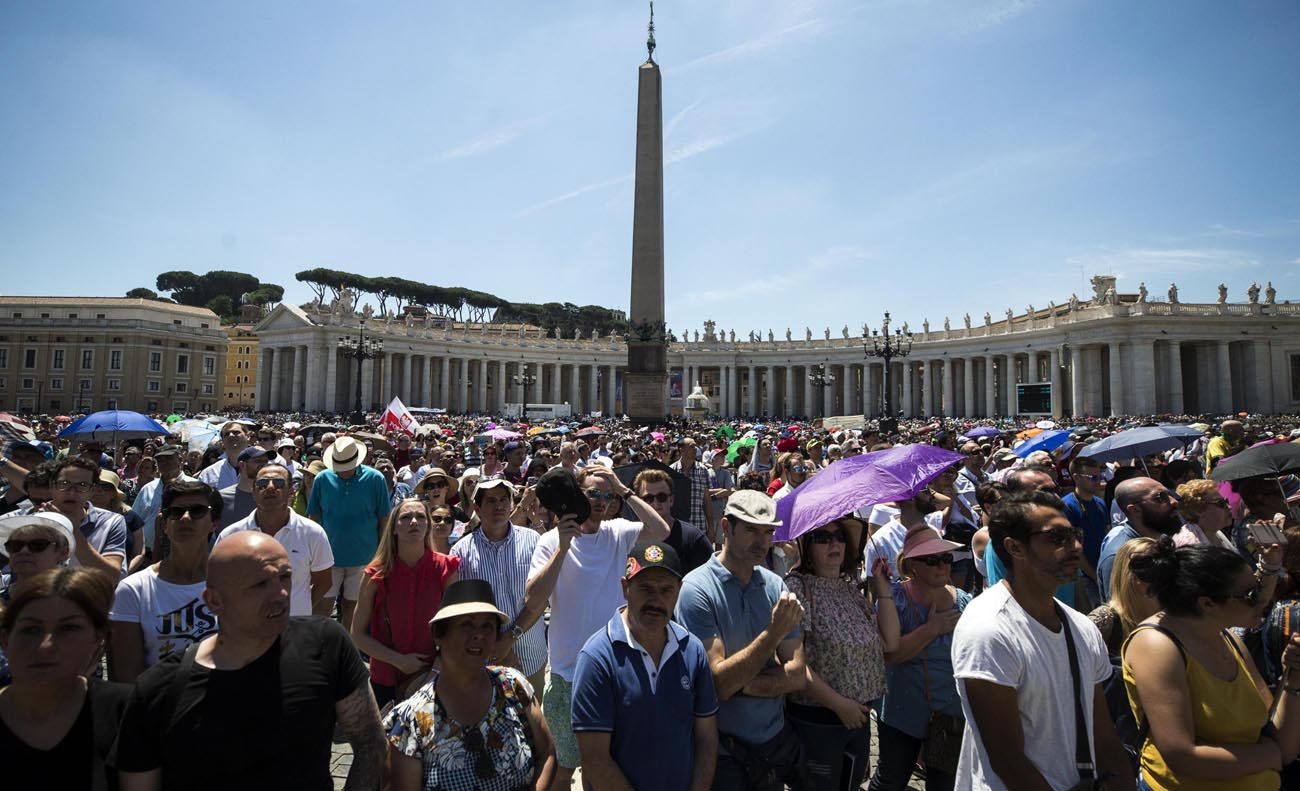 VATICAN CITY (CNS) — Pope Francis called on nations working to develop a global compact on refugees to make sure they help ensure migration is safe, legal and humane.

While nations work to forge proper policies, every individual, “each of us, is called to draw near to refugees and find with them moments of encounter, to value their contribution so that they, too, can be better included in the communities that receive them,” the pope said June 17.

“It is by these encounters and with this mutual respect and support that there is an answer many problems,” he said.

The pope’s remarks came at the end of his Angelus address in St. Peter’s Square.

He reminded people of World Refugee Day June 20, which the United Nations promotes, he said, as a way to “call attention to the experience — often lived with great anxiety and suffering — of our brothers and sisters who are forced to flee their homeland because of conflict and persecution.”

The pope noted the ongoing effort by many nations in creating and adopting a global compact on refugees, which would promote “a migration that is safe, orderly and legal.”

“I hope that the states involved in this process may reach an understanding to assure, with responsibility and humanity, assistance to and the protection of those who are forced to flee their own country,” he said.

Pope Francis also led people in a Hail Mary for the people of Yemen and prayed that international leaders would ensure “the already tragic humanitarian situation does not get worse.” CAFOD, the overseas aid agency of the bishops of England and Wales, has warned that a Saudi-led coalition’s assault on Hodeida, Yemen’s main port city, will have a “catastrophic impact” on the ability of relief groups to get food, medicine and other aid to vulnerable Yemeni families in urgent need of assistance.

NEXT: Dictatorships begin with taking over media to spread lies, pope says