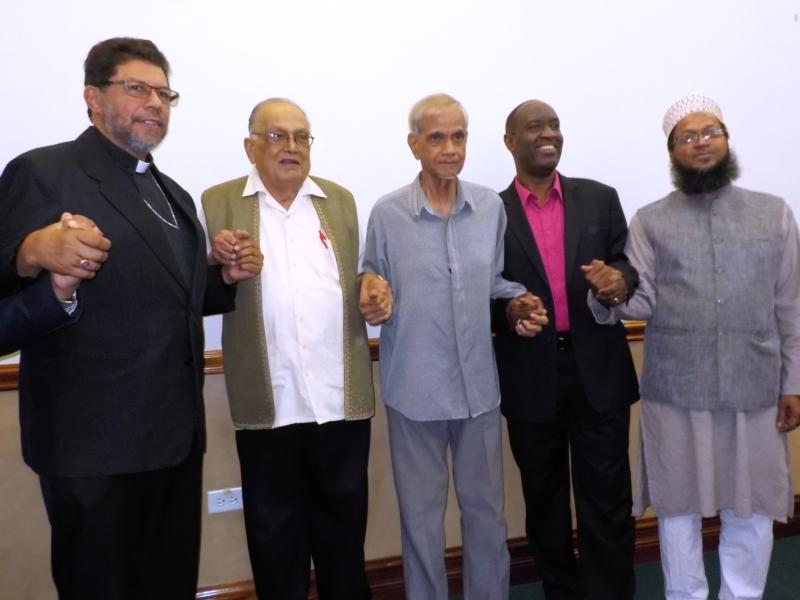 PORT-OF-SPAIN, Trinidad (CNS) — Interfaith leaders, including Catholics, have declared their belief that marriage can only be between a biological man and a biological woman.

“The Equal Opportunity Act adequately caters to all citizens,” said the Rev. Desmond Austin of the Trinidad and Tobago Council of Evangelical Churches, “and the word ‘gender’ or ‘sex’ should not be redefined.”

Archbishop Jason Gordon of Port-of-Spain referred to remarks by Pope Francis and said: “For us, the body is very instructive, and reality is always more important than ideas. Children are born either male or female.

“The notion of a fluid gender is something that has no biological foundation and is a series of ideas,” he explained, “and the further along it goes, is the more genders keep getting thrown up in the equation. And that is because it’s not founded in anything that’s called reality.”

Satnarayan Maharaj, secretary-general of the Hindu organization, Sanatan Dharma Maha Sabha, said that while his organization “accepts there must be room for respect, equality and debate for homosexuals, there is absolutely no room for same-sex marriages. It is important to state … that homosexual activity is prohibited according to the Hindu religion. So, this has always been our position: that a marriage is between a male and a female.”

Mufti Mohammed Haque said that, in Islam, marriage was “not just a social construct, but a religious construct.”

Interfaith co-operation has a long history in Trinidad, primarily under the Inter-Religious Organization. Founded in 1970, the group periodically issues joint statements on political and social events.

Following the presentations by each of the leaders, Archbishop Gordon pointed out that there was “no difference of opinion.”

“Marriage has been at the very heart of many of our scriptures,” he said. “It is at the heart, as you heard today, of the Muslim holy books, of the Hindu holy books and of the Christian holy books.

Archbishop Gordon said it was important for Trinidad and Tobago to be clear on what kind of society it wanted to become.

“We know that when America sneezes, the whole of the Caribbean catches pneumonia,” he said. “And we know that what happened for the 2012 (U.S.) election with the granting of same-sex unions for political reasons is infectious for us down here.

“But, we are a sovereign society, and we are a different nation,” he said. “And, I think, as a nation, we have to be able to think through these issues, see the challenges that they have brought to the other countries and, at the same time, understand what kind of society we want to become.”

Pastor Clive Dottin, a Seventh Day Adventist who joined the conference by phone, expressed concern about the breakdown of society as a possible outcome of gender fluidity.

“When you look at the criminal population and the prison population, you find (there were not any) male actors in terms of fatherhood; you have a serious challenge there. We could only add to the problem, exacerbate the problem,” said Pastor Dottin, “if we move in a direction undermining a traditional family.

“It would be foolish to think that we could have true national development without moral and spiritual development.”

NEXT: Biggest danger in life is fear, settling for less, pope says