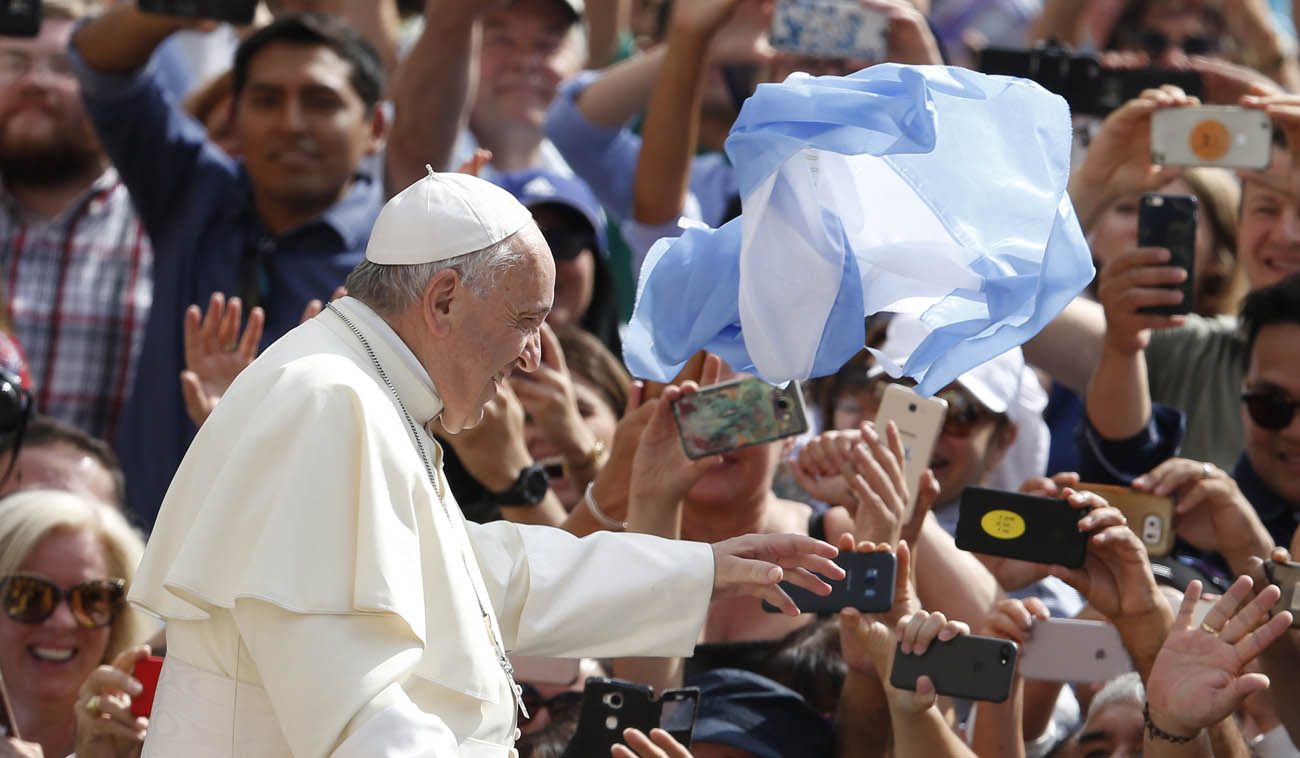 An item with the national colors of Argentina is thrown at Pope Francis as he greets the crowd during his general audience in St. Peter's Square at the Vatican June 13. The pope caught three objects of clothing or flags thrown at him within a span of a few seconds. (CNS photo/Paul Haring)

VATICAN CITY (CNS) — As 32 nations get ready to vie for the World Cup in Russia, Pope Francis greeted players, organizers and soccer fans who will be following “this event that overcomes all borders.”

“May this important sports event become an occasion for encounter, dialogue and fraternity between different cultures and religions, promoting solidarity and peace between nations,” said the Argentine pope, who is an avid soccer fan.

He made his remarks in an appeal at the end of his general audience in St. Peter’s Square June 13.

The 2018 FIFA World Cup was being held in Russia from June 14 to July 15. It is the first time the quadrennial tournament, which began in 1930, was held in Eastern Europe.

The ball being used in the first match — Russia vs. Saudi Arabia — had been taken to the International Space Station by a Russian cosmonaut in March and returned to Earth June 3.

NEXT: Vatican team returns to Chile to ‘ask forgiveness’ for clergy sex abuse