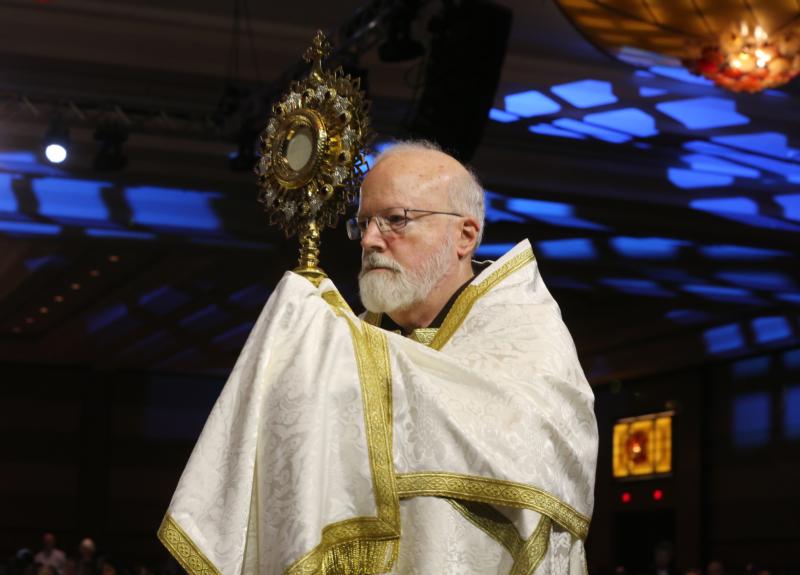 BOSTON (CNS) — Boston Cardinal Sean P. O’Malley said “a major gap still exists” when it comes to the Catholic Church’s policies on sexual abuse and conduct as it pertains, not just to priests, but in cases of accusations against cardinals and bishops.

It was a clear reference to recent sex abuse allegations made against Cardinal Theodore E. McCarrick, the retired archbishop of Washington.

While the church in the United States has clear procedures when it comes to investigating such accusations against priests, “we must have clearer procedures for cases involving bishops,” Cardinal O’Malley wrote in a statement issued late July 24.

The church needs a strong and comprehensive policy “to address bishops’ violations of the vows of celibacy in the cases of criminal abuse of minors and in the cases involving adults,” the statement said.

“These cases require more than apologies,” he says, adding that any new report of abuse “creates doubt in the minds of many that we are effectively addressing this catastrophe in the church.”

Cardinal O’Malley called for “three specific actions” to immediately address allegations against Cardinal McCarrick of sexual abuse of minors and “sexual improprieties” with seminarians, starting with “a fair and rapid adjudication of these accusations.”

Second, there must be “an assessment of the adequacy of our standards and policies in the church at every level, and especially in the case of bishops,” he said. “And third, communicating more clearly to the Catholic faithful and to all victims the process for reporting allegations against bishops and cardinals.”

“Failure to take these actions will threaten and endanger the already weakened moral authority of the church and can destroy the trust required for the church to minister to Catholics and have a meaningful role in the wider civil society,” Cardinal O’Malley said.

The cardinal, who is president of the Pontifical Commission for the Protection of Minors, issued the statement in response to articles in the national media over the past several days that “have reported accusations of Cardinal Theodore McCarrick’s sexual improprieties with several adults and his criminal violations of the sexual abuse of minors.”

“These alleged actions, when committed by any person, are morally unacceptable and incompatible with the role of a priest, bishop or cardinal,” Cardinal O’Malley said.

In late June, Cardinal McCarrick, 88, said he would no longer exercise any public ministry “in obedience” to the Vatican after an allegation he abused a teenager 47 years ago in the Archdiocese of New York was found credible. The cardinal has said he is innocent.

Cardinal O’Malley added: “In this moment there is no greater imperative for the church than to hold itself accountable to address these matters, which I will bring to my upcoming meetings with the Holy See with great urgency and concern.”

He also addressed news reports that say he received a letter from Dominican Father Boniface Ramsey on June 25, 2015, about Cardinal McCarrick’s conduct with seminarians. He said he did not “personally receive” the correspondence and a review “at the staff level” did not determine that its contents were under “the purview of the (pontifical) commission or the Archdiocese of Boston.”

“In every instance of claims made by victims of sexual abuse, whether criminal violations or the abuse of power, the primary concern must be for the victim, their family and their loved ones,” Cardinal O’Malley said.