Pew: Most Americans skeptical of benefits of gene editing for babies 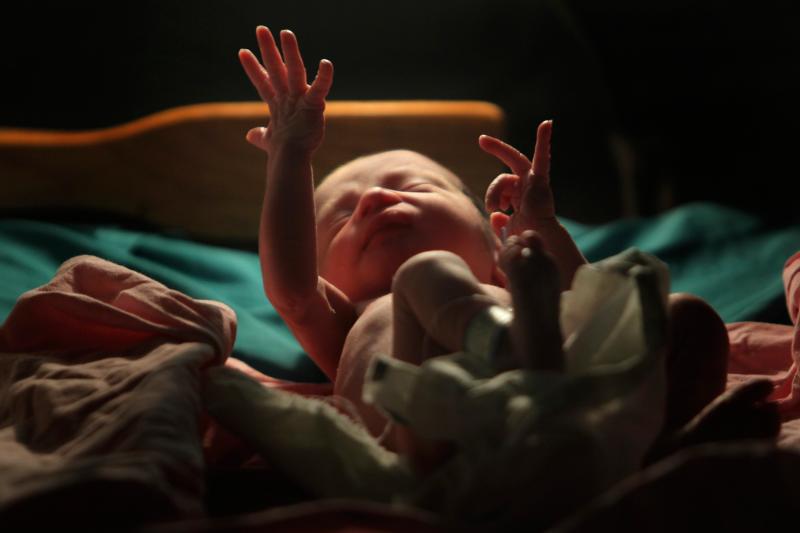 WASHINGTON (CNS) — A new Pew Research Center study found that a majority of Americans supported the use of gene-editing technology in babies if the goal is “delivering direct health benefits for babies.”

However if gene editing is used “to boost a baby’s intelligence,” a majority said that application would take the technology “too far,” according to results of the study released July 26.

Pew said Americans who are considered “high in religious commitment” — those who attend religious services at least weekly, pray at least daily and “say that religion is very important in their lives” — were less inclined to say gene editing is an appropriate use of medical technology “than those with either medium or low levels of religious commitment.”

Overall, Americans were more likely to expect negative effects rather than positive outcomes from widespread use of such technology for unborn babies.

Seventy-two percent of Americans said changing an unborn baby’s genetic characteristics to treat a serious disease or condition that the baby would have at birth is an appropriate use of medical technology, according to the nationally representative survey of 2,537 U.S. adults conducted April 23-May 6.

“Those high in religious commitment are closely divided over whether it is appropriate to use gene editing to reduce a baby’s risk of disease later in life,” Pew said. Forty-six percent said such use is appropriate; 53 percent consider it “taking technology too far.”

Among those “low in religious commitment,” 73 percent said gene editing in babies to reduce the risk of developing a serious disease or condition “is an appropriate use of medical technology.”

Asked their views on the possibility that testing on human embryos would be part of developing gene editing, only 33 percent of Americans said it would be appropriate. Sixty-five percent said this would be taking medical technology too far.

Asked whether the same technology should be used to make a baby more intelligent, only 19 percent of those surveyed said it would be appropriate.

The survey also found that:

— Fifty-eight percent of respondents said they believe gene editing will very likely lead to increased inequality “because it will only be available to the wealthy.”

— Some 54 percent of Americans anticipate a slippery slope, saying it’s very likely that “even if gene editing is used appropriately in some cases, others will use these techniques in ways that are morally unacceptable.”

— Only 18 percent of U.S. adults consider it very likely that development of gene editing techniques will pave the way for new medical advances that benefit society as a whole.

— Men were more accepting than women of using gene editing to change a baby’s genetic makeup; 65 percent of men believe that gene editing to reduce a baby’s risk of developing a serious disease later in life is an appropriate use of medical technology, compared with 54 percent of women.

In its report, Pew noted that “public discussions about potentially altering a baby’s genetic makeup have been ongoing for decades,” but said the debate has been” accelerated” by the development of a new gene-splicing technology known as CRISPR.”

This has “brought new urgency to better understanding public opinion about gene editing as well as the broader social, ethical and policy implications ahead,” Pew said.

“CRISPR” (pronounced “crisper”) is shorthand for “CRISPR-Cas9,” according to the science news website LiveScience.com. “CRISPRs are specialized stretches of DNA. The protein Cas9 — or ‘CRISPR-associated’ — is an enzyme that acts like a pair of molecular scissors, capable of cutting strands of DNA. … The technology allows researchers to easily alter DNA sequences and modify gene function.”

The Pew survey was conducted as part of the American Trends Panel, a nationally representative panel of randomly selected U.S. adults living in households recruited from landline and cellphone random-digit-dial surveys. The margin of error overall is plus or minus 2.8 percentage points.

NEXT: In the reunification scramble, church groups raced to help families