Amigos for Christ continues work in Nicaragua amid political turmoil 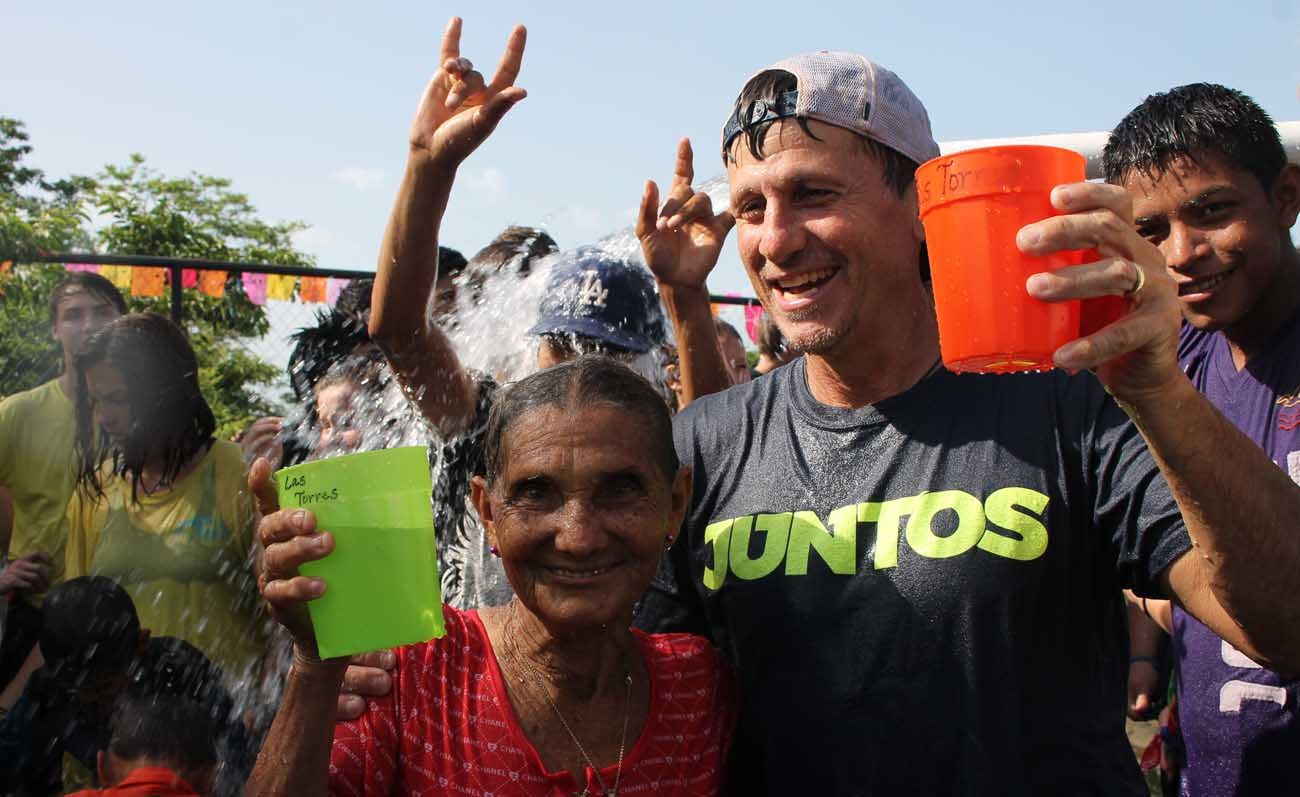 BUFORD, Ga. (CNS) — The Buford-based Amigos for Christ nonprofit serving Nicaragua’s poorest has canceled all summer mission trips due to an upsurge in violence in the Central American country.

Yet, several Nicaraguan churches near the organization’s Chinandega headquarters have stepped in to serve their neighbors and partner with Amigos to finish construction of 100 modern bathrooms and a clean water system for El Pedregal village.

“We normally have about 1,800 people come down each year, and we’ve had to postpone the trips until we can tell people it’s going to be OK to travel,” said executive director John Bland from the group’s headquarters, a three-hour drive from the capital, Managua.

Human rights groups put the death toll in Nicaragua at more than 350 since April 18, when protests erupted over reforms to the country’s social security system. Catholic clergy have been attacked and anti-government protesters are besieged by Nicaraguan police and paramilitaries.

Despite the turmoil, conditions remain relatively calm and peaceful around Chinandega and daily operations continue.

“Here in Chinandega we’re able to get around without any problems,” and Amigos asked local churches and organizations if they would be interested in doing one-day mission trips to help in El Pedregal, said Bland. “It’s been phenomenal to see people … taking time away from their work, which is tough, to come and work in other communities.”

El Pedregal is the 18th community in Nicaragua served by Amigos. Families had no running water and their hand-dug shallow wells all contained E. coli, contaminated from nearby latrines. While treating residents for diarrhea, intestinal parasites and severe dehydration, Amigos also is providing clean water.

“We drill a deep well about 160 feet, and we’ve got good clean water so we’re going to pump that into a tank and distribute through pipes and gravity to everybody’s home,” said Bland, who lives in Nicaragua with his family.

Visiting his home parish in Atlanta in late June, Bland said there are some “basic things that are barriers in people’s lives to growth,” such as having clean water or a school to go to.

“When the local people are able to serve other people to eliminate those barriers, they in turn get to see people grow,” he said at Marietta’s Transfiguration Church, which had to cancel its planned mission trip with nearly 60 participants.

“We’re trying to model Jesus, and his model was to make disciples and those disciples go out and make other disciples, and we’re doing the same thing through service,” he said.

Thinking long term, Amigos has always invested first in local community leadership to make projects sustainable, said Bland. And they’ve either built schools or supported existing schools in partnership with Nicaragua’s ministry of education with a goal to get kids to complete at least high school. Amigos stays apolitical amidst the protests.

“Whenever we work with a community with no school … one of the first projects we do is to build a school,” said Bland. Amigos focuses on attractive physical structures “so that the kids really want to go” to school, “because we know that education is going to change the country for the long term.”

Also, farmers are going greener through crop diversification and organic certification. “We’re growing dragon fruit, a lot of papaya, getting farmers access to capital and helping them have access to market,” he said. “We’re going to be investing heavily in that over the next 10 years.”

Amigos has come a long way since Bland, a former software engineer, established the nonprofit in 1999 as an outgrowth of a youth mission project through Prince of Peace Church in Flowery Branch. The nonprofit now has 116 employees, a $3.6 million operating budget and an extensive network of churches across the United States. About 80 percent of Amigos’ workers are Nicaraguan, which is a key to growth and sustainability, said Bland.

Board member and Prince of Peace parishioner Sue LaFave has participated in mission trips to Nicaragua every year since 2002, most recently leading a team from her parish over spring break.

She even owns a home a few blocks from the nonprofit’s headquarters and eagerly awaits a return to Chinandega.

On her first trip, LaFave accompanied her teen daughter and others from Prince of Peace. Since then she has taken her niece and nephews and many parish teens.

It is the Nicaraguan people who inspire her to continue service.

“Their humility and their strong faith set such a great example for my daughter when we first went and for me always. They are so grateful for the hand up that we give them. … We are the Lord’s hands and feet when we go to Nicaragua,” she told The Georgia Bulletin, newspaper of the Archdiocese of Atlanta.

LaFave, who said she has never felt unsafe in Chinandega, first met the Narvaez family when they lived in a plastic shack with a tin roof near the city trash dump. She worked side by side with the family and other Amigos to relocate them to a new home in Villa Catalina. Now living in a decent home with running water, the mother has a small business and her children attend an afterschool program called Teatro Catalina.

“I now see them being very successful in their daily lives, and it makes me very happy,” said LaFave.

And she sees firsthand the difference having clean running water makes to the 18 communities served by Amigos. Parents would spend half their day fetching water instead of looking for employment, and children would babysit siblings instead of attending school, she recalled.

“Every shovel full of dirt that I’ve dug … helps me to understand that we can’t always do big things, but every little thing adds up to something big. I see the Lord there,” she said.

NEXT: Church leaders in Sudan’s Nuba Mountains say they support the people