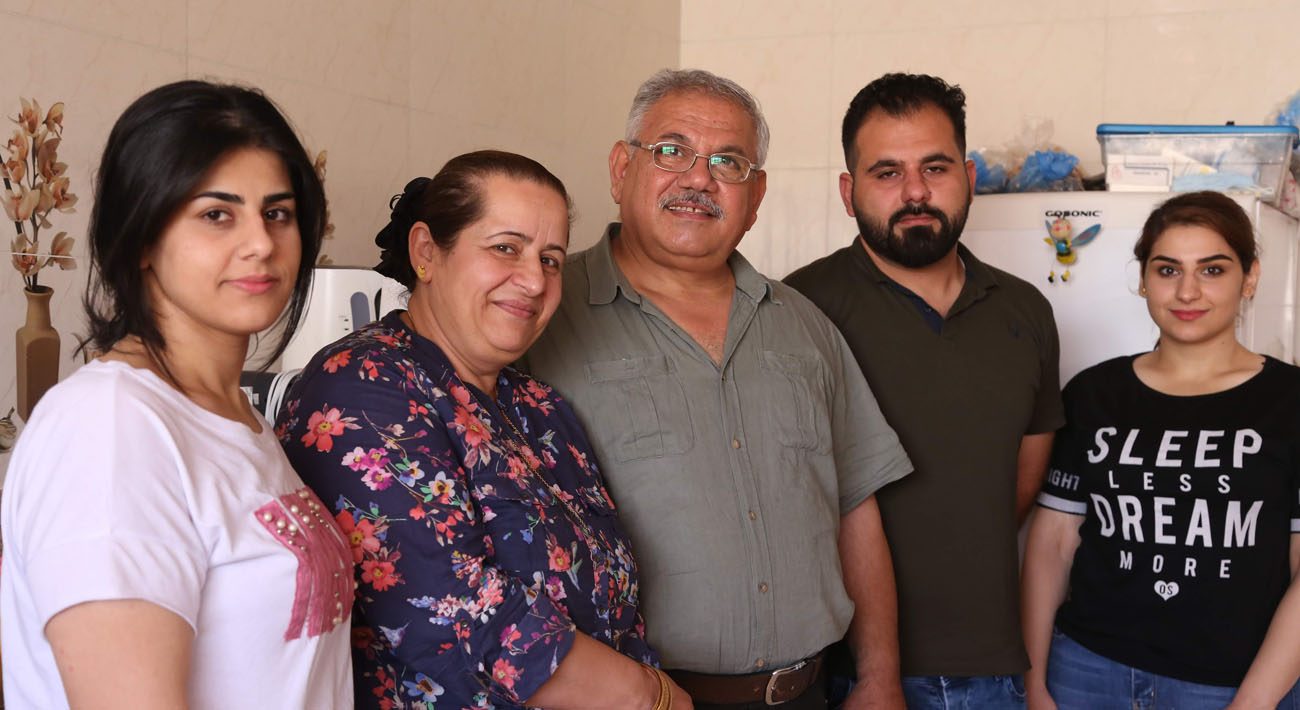 AMMAN, Jordan (CNS) — A Chaldean Catholic archbishop in Iraq said he and other bishops were “delighted” that the United States Agency for International Development is making good on its pledge to help Iraq’s historic Christian, Yazidi and other religious minorities rebuild their lives after attacks by Islamic State militants.

“The time should be now and the help should be immediate and effective. Foremost, is the need to rebuild houses so there is a community to go back to and be there,” Archbishop Warda told Catholic News Service by phone after the visit.

After months of delay, the USAID is providing $10 million to organizations led by Catholic Relief Services and Heartland Alliance to help Christians and Yazidis restore their communities after attacks by the Islamic State in 2014.

There have been growing concerns, also expressed by U.S. Vice President Mike Pence, that unless the ancient religious minorities are supported to rebuild, many will seek a new life elsewhere.

“Our hopes are high now that this delegation will bring some changes. We especially appreciate the efforts of Vice President Pence and USAID to have them deeply involved in this situation,” Archbishop Warda said, adding that the delegation also visited Qaraqosh and other devastated towns.

“The message they sent was important: ‘We do care.’ The American government and the Americans do care about the fate of the Christians, Yazidis and the minorities and want to help,” Archbishop Warda said.

For the Musa family of seven, one of the many Christian recipients of CRS assistance, the U.S. aid provision could not have arrived soon enough. The assistance is helping transform their badly damaged home in Bashiqa on the Ninevah Plain. Forced to flee from extremist militants, the family was shocked to see the devastation when they returned home last fall.

“It was miserable,” the father, Mowfakk Musa, told a CRS worker. “All the furniture was broken, three rooms were burned, clothing in the house that wasn’t ours was burned. A bomb had hit our kitchen and burned the kitchen.”

“Christian” was written on the wall and the family’s crosses and pictures of Jesus were broken and strewn on the floor. The damage was so severe that the family thought of leaving and returning to Dohuk, a town farther north where they had sheltered. In the end, they decided to stay and restore their home.

Because of the extent of the damage, it was difficult for the Musas to complete the repairs. A grant from CRS, funded by USAID, allowed them to repair the charred walls, install new sinks and faucets and fix the electricity.

Cardinal Louis Raphael I Sako, the Chaldean Catholic patriarch, said about one-third of the Christian families who fled the militants have returned to their hometowns because infrastructure and security remain inadequate.

Archbishop Warda acknowledged that security is a concern. “But the fact that there are 7,000 Christian families that are back home, there is a possibility of security, if there is a willingness from all sides to really work hard on this,” he said.

He said that meant that “concerned governments and parties need to bring a dialogue of life that existed before back again” to Iraq’s rich cultural mosaic. “As Christians, there is a commitment also to play positive role in reconciliation and peacebuilding,” he added.

However, only 400,000 to 500,000 Christians now live in Iraq, compared to 1.5 million before the fall of Saddam Hussein’s regime in 2003, Cardinal Sako said. Other observers put their number even lower at 200,000. Meanwhile, the Yazidi population, victims of Islamic State genocide, also are greatly diminished, with an estimated 500,000 living in and around Sinjar.

Pence said in 2017 that the U.S. would directly support organizations that are helping Christians and Yazidis rather than work through the United Nations in the belief that religious minorities were overlooked as aid went to larger groups of displaced Iraqis. Months passed until it was realized that many groups were still waiting for the promised help.

Funds primarily raised by the church and some Western governments have so far supported rebuilding the devastated ancestral lands of Christians and Yazidis.

“We are grateful for the new additional funding to expand our on-going assistance to Christians and other religious minorities returning to their homes in northern Iraq,” said Kevin Hartigan, CRS regional director for Europe and the Middle East.

Hartigan told CNS that the new funds will “support the peaceful and successful return of minorities in Ninevah, by providing livelihood opportunities to youth from diverse returnee communities and mobilizing faith leaders to promote tolerance and reconciliation.”

The additional USAID funding “will complement our ongoing U.S. government-funded programs to provide housing repair and education to returning minorities,” he added.

“Along with the vital support we get from the Catholic community in the United States, the generous, constant and flexible funding we receive from the U.S. government has enabled CRS and Caritas Iraq to provide education and trauma healing for children, shelter and financial assistance to Iraqis of all faiths, on a large scale,” Hartigan explained.

Another $25 million in U.S. aid is expected to be disbursed in the future.