Chaldean synod to address church’s future in Iraq, among diaspora 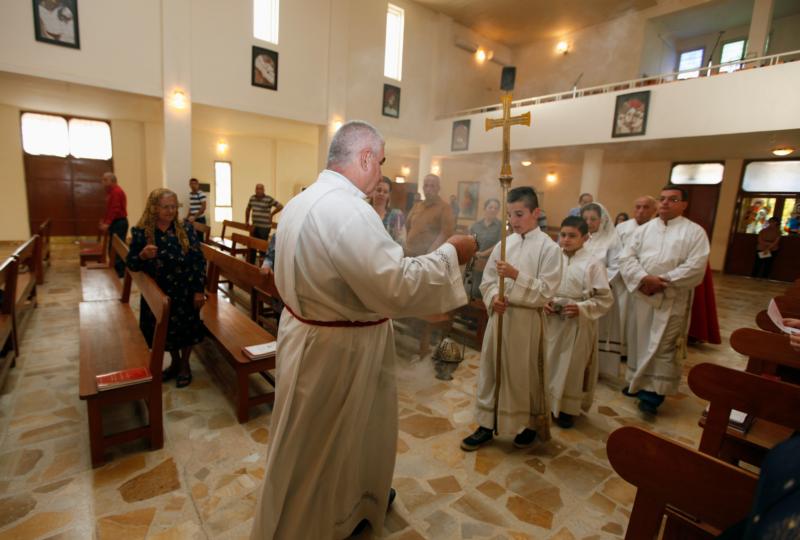 AMMAN, Jordan (CNS) –The upcoming synod for the Iraqi Chaldean Catholic Church in Baghdad in August is expected to discuss issues vital for the church’s future both in Iraq and among its diaspora community.

Chaldean Archbishop Yousif Thomas Mirkis of Kirkuk, Iraq, told Catholic News Service that the clergymen also will discuss during meetings Aug. 7-13 the election of new bishops as several Iraqi clergy are nearing retirement age. Proposals will be made for potential candidates.

Another concern, Archbishop Mirkis said, is the question of “vocations because there are presently only 15 seminarians in preparation to serve five Chaldean Catholic dioceses.”

Liturgical discussions will focus on the new translation of the Mass and developments to “adapt the Mass to the new communities living in the diaspora,” he said of Chaldeans now found in Australia, Canada, France and the United States.

The role of the deacon in Mass and the sacraments as well as the use of liturgical music are on the agenda as well.

Archbishop Mirkis said the situation of each Chaldean Catholic diocese in the Middle East and abroad will be examined. The Chaldean leaders are seeking ways to augment the spiritual formation of the Chaldean community to increase its vibrancy and vitality in the face of challenges, he explained.

Chaldeans are the indigenous people of Iraq, whose roots trace back thousands of years.

NEXT: Quebec’s youngest bishop wants to bring fire of God’s love to the world