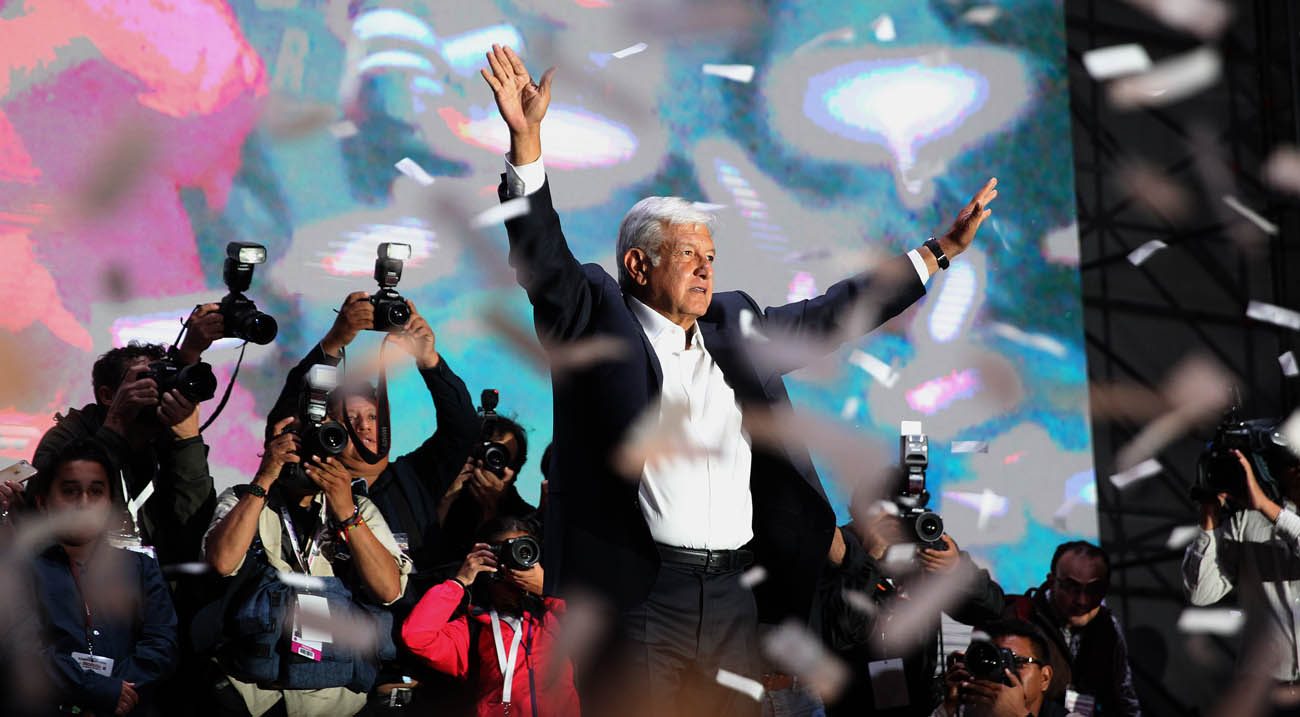 “We salute and congratulate with respect and closeness (Lopez Obrador),” the bishops said in a July 2 statement. “We are all called on to collaborate in a positive way with our elected authorities.”

The statement called on citizens to pay attention to what might come in a Lopez Obrador administration, saying, “No ruler on their own has all the ideas and all the solutions. It is our responsibility to continue to participate civically, always with respect for human rights and the true common good.”

Lopez Obrador, 64, won the most support in all but one of Mexico’s 31 states and claimed approximately 53 percent of the vote, according to election officials. His tally is the highest total for a candidate since 1982, when the elections were not fully free and were marred by corruption. His MORENA party and its allies are projected to win majorities in Congress.

Left-leaning and populist but somewhat socially conservative, Lopez Obrador condemned corruption throughout his campaign, capitalizing on discontent over scandals engulfing the country’s governors and even the president, whose wife purchased a $7 million home from a well-connected contractor. Other factors driving voter discontent included a murder rate that reached a record high in 2017, a sluggish economy and a sense that social mobility had stagnated.

“It was a punishment vote,” said Father Raul Martinez, parish priest in the Diocese of Valle de Chalco on Mexico City’s southeastern outskirts. “It’s not just the corruption, but the shameless privileges they see politicians enjoying.”

“People tell me, ‘The country needs to change,'” Bishop Raul Vera Lopez of Saltillo told Catholic News Service prior to the election. “The people who I see, who are upset, say it’s because they’re tired of the country going backwards for the last 30 years. No one can say the contrary.”

Lopez Obrador won the presidency on his third attempt. He ran on an agenda of putting “the poor first,” but earlier lost after opponents ran attack ads comparing him to late Venezuelan president Hugo Chavez.

AMLO, as Lopez Obrador is known, moderated his discourse in 2018 and focused more on corruption rather than inequality. He proposed an amnesty for those involved the illegal drug trade in low-level positions and said he would invite religious leaders and experts to a forum on how to address Mexico’s shocking violence.

He promised austerity, cordial relations with the United States — saying Mexico “won’t do the dirty work of any foreign government,” when speaking of stopping Central American migrants transiting the country on the way north — and promised a stronger role for the state in economic matters.

Lopez Obrador forged an alliance with the small Social Encounter Party, which was founded by evangelicals and opposes same-sex marriage and abortion, causing disquiet among some in his base.

Olga Sanchez Cordero, a former Mexico Supreme Court justice — who as a judge voted to uphold laws decriminalizing abortion and legalizing same-sex marriage — said in an interview that all existing laws would remain intact.

Hugo Valdemar Romero, former Archdiocese of Mexico City spokesman, said Lopez Obrador had a “close” relationship with Cardinal Norberto Rivera Carrera, when the president-elect was mayor in the national capital from 2000 to 2005 and refused to push controversial social issues.

“Andres Manuel represents the left in the social sphere, not the moral sphere,” Father Valdemar said.