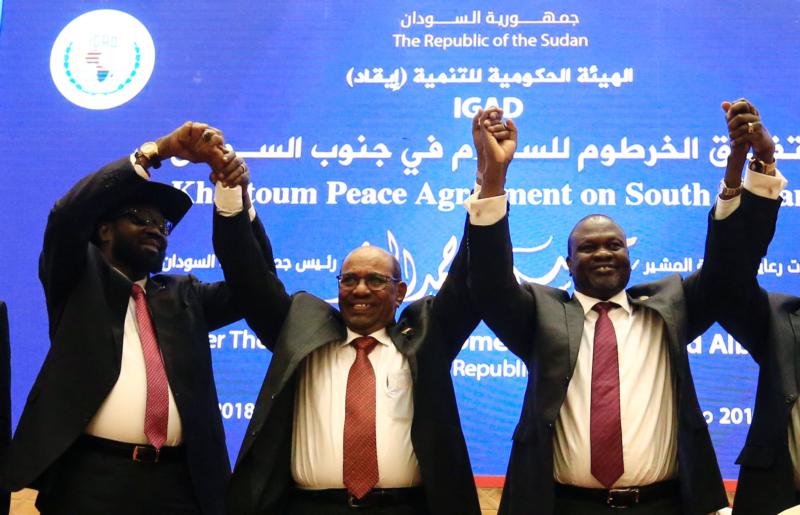 NAIROBI, Kenya (CNS) — Catholic leaders in South Sudan expressed optimism that a new peace agreement between the government and rebel forces would hold despite allegations of violations in some remote frontlines.

For the church leaders and observers, the pact raised hopes for an end to a destructive civil war that has claimed tens of thousands of lives since 2013 in the world’s newest nation.

“We remain optimistic. There has some been fighting in some areas, but I consider this as a result of delays in relaying of the cease-fire orders to the frontlines. Some of the areas remote and communication network is poor,” said Father James Oyet Latansio, general secretary of the South Sudan Council of Churches. “I want to be hopeful.”

Father Latansio spoke amid reports that fierce fighting in Northern Upper Nile and Yei River states had left at least 18 people dead June 30.The attacks are believed to be part of an attempt by the factions to control certain areas before the cease-fire took effect.

Father Ferdinand Lugonzo, general secretary of the Association of Member Episcopal Conferences of Eastern Africa, also welcomed the agreement as a good sign.

“Since (the) breakout of the conflict, we have followed keenly the developments in the country. We see this as a good starting point,” Father Lugonzo said.

Further, he said, steps must be taken to ensure that the South Sudanese people live peacefully and that any remaining disagreements be resolved during negotiations rather than through armed conflict.

“The political leaders should have the will to end to the conflict. The neighboring countries should also offer support to the leaders,” Father Lugonzo said.

The civil war ignited in December 2013, barely two years after South Sudan achieved independence from Sudan. Although political disputes between the two leaders led to the conflict, it expanded to include other armed groups.

In more than four years of fighting, the conflict displaced an estimated 4 million people and injected 2 million refugees into neighboring countries. In 2017, famine affected at least 100,000 people and by the end of the year 7 million will need food aid, according to the United Nations.

The church has stood with the people, providing both humanitarian and pastoral care throughout the war.

“I am committed to respect the whole document I have signed and will abide by all the agreements that will follow,” Kiir told a forum after signing the agreement.

Machar maintained that the cease-fire will end the suffering of the people and bring renewed hope to South Sudan.

PREVIOUS: Australian archbishop sentenced to a year of house arrest in abuse case