Priests in Singapore, Europe have key roles in marriage preparation 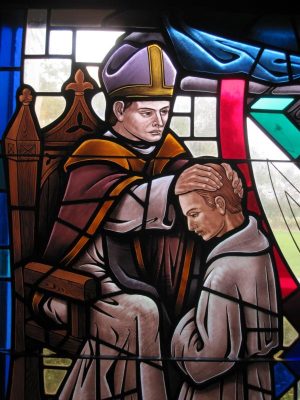 Amid recent controversy caused by comments from Cardinal Kevin Farrell, prefect of the Vatican’s Dicastery for Laity, the Family and Life, that priests have “no credibility” in marriage preparation, international trends show that priests remain a vital part of the process.

“Both laypeople and priests have an equal and indispensable role in preparing couples for marriage,” said a spokesman for the Archdiocese of Singapore. “We believe that it takes three to get married. The couple, as well as God, working through and in their marriage. As in the Holy Trinity, the marital couple has a triune relationship with the Lord.”

Singapore, home to one of Asia’s most diverse populations, is a place where priests are deeply and energetically involved in marriage preparation.

Andre Ahchak, archdiocesan spokesman, and David Fong, executive director of the archdiocesan Commission for the Family, explained that priests carry out an indispensable mission in a nation where an average of more than 400 couples — 60 percent of which include a non-Catholic member — prepare for marriage in the Catholic Church.

“Many of our priests have numerous firsthand authentic pastoral experiences which a lay married person or couple can never claim to have,” said Fong, who noted that such experiences come in “very handy” during question-and-answer sessions for couples wishing to know about the church’s teachings on morality and family planning.

The archdiocese also said priests provide couples with detailed explanations of the Mass, which can be helpful to interfaith couples in which one partner is unfamiliar with the meaning of Catholic religious traditions. Sessions on natural family planning can be an “eye-opener to both Catholics and non-Catholics alike,” according to the archdiocese.

“It is indeed hard to imagine conducting a priest-less weekend for our marriage preparation program,” Fong said.

The diocese stated that priests, despite having a vocation to celibacy, can relate directly to universal concepts discussed in marriage prep programs, such as being free, faithful, life-giving, forgiving and committed.

While lay assistance can be helpful, church officials in Singapore regard priests’ spiritual insights as priceless.

“Having listened to countless couples and individuals and through the sacrament of reconciliation, our priests in fact have more insights and experiences than the average layperson doing marriage preparation,” Fong said.

“Our instructors are qualified by appropriate training in the sense of modern adult education,” Schmidt said, adding that the archdiocese views instructors’ experience in married life as “a strength” in their courses.

In the Diocese of Stockholm, small parishes in outlying regions rely on priests to prepare couples for marriage because of large geographical distances between parishes, few weddings and lack of resources. Large parishes have marriage preparation programs which serve Sweden’s multicultural Catholic community, often with help from permanent deacons.

“It is difficult to live married life today, and since some marriages end up broken, the priest wants to give the couple every chance to succeed in their married life,” she said.

Hellner explained that improvements to the marriage preparation process are regularly discussed by diocesan officials charged with clergy formation as well as the Diocesan Pastoral Council. She said deanery meetings could potentially provide forums for discussion in light of Pope Francis’ apostolic exhortation on the family, “Amoris Laetitia” (“The Joy of Love”).

Despite the many variables in Swedish society, priests remain a constant factor, valued for their pastoral wisdom.

“A wise pastor in a parish finds good people who can assist the couples in a marriage preparation program,” Hellner said.

“Perhaps our focus is less on the ratio between priests and laypeople conducting the programs as it is to do more for the couples entering marriage in order to live this vocation in a society which presents a number of challenges.”

NEXT: The path to holiness isn’t for the lazy, pope tells altar servers