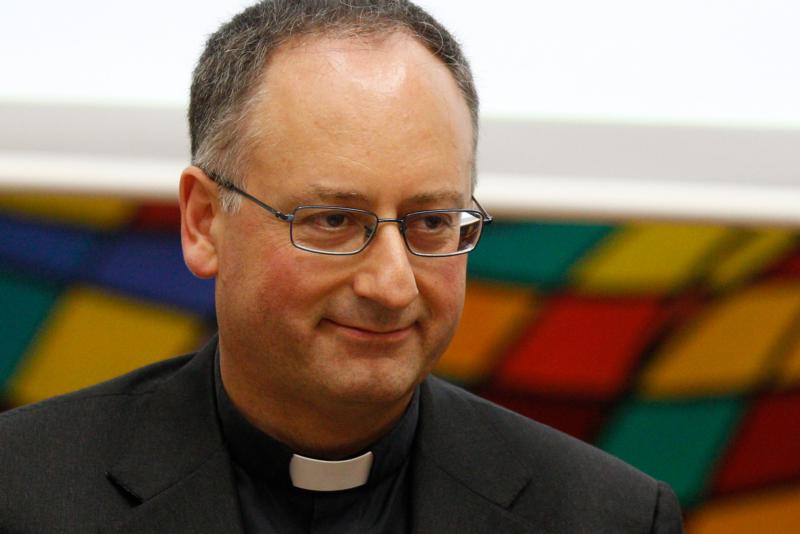 ROME (CNS) — The “prosperity gospel” that U.S. President Donald Trump and many of his advisers and followers seem to espouse does not promote solidarity for the common good, but sees God as giving his blessings to the rich and punishing the poor, said an influential Jesuit journal.

The philosophy “is used as a theological justification for economic neo-liberalism” and is “a far cry from the positive and enlightening prophecy of the American dream that has inspired many,” said the article in La Civilta Cattolica, a journal reviewed at the Vatican before publication.

The article was written by the journal’s editor, Jesuit Father Antonio Spadaro, and by Marcelo Figueroa, an evangelical pastor, who is director of the Argentine edition of the Vatican newspaper, L’Osservatore Romano.

In an email, Father Spadaro described the article as “what I consider the second part of our article on the relationship between politics and fundamentalism in the United States.”

The first article, published in July last year, was titled “Evangelical Fundamentalism and Catholic Integralism: A Surprising Ecumenism” and examined what the authors saw as growing similarities in the rhetoric and world views adopted by some evangelical fundamentalists and some “militant” Catholic hardliners.

They decried what they saw as an “ecumenism of hate” resulting from the political alliance in the United States of Christian fundamentalists and Catholic “integralists.”

The article set off widespread debate, ranging from criticism that it was a superficial reading of the U.S. reality from the outside to praise for shining a light on ways that some tenets of the Christian faith have been manipulated for political gain.

“At its heart is the belief that God wants his followers to have a prosperous life, that is, to be rich, healthy and happy,” Father Spadaro and Figueroa wrote. In such a view, opulence and well-being are “the true signs of divine delight.”

The modern “prosperity gospel” owes much, they said, to E.W. Kenyon, a U.S. pastor who lived 1867-1948, and “maintained that through the power of faith you can change what is concrete and real,” the Civilta article said. “A direct conclusion of this belief is that faith can lead to riches, health and well-being, while lack of faith leads to poverty, sickness and unhappiness.”

“In the United States millions of people regularly go to the megachurches that spread the prosperity gospel,” the article said. Preachers including “Oral Roberts, Pat Robertson, Benny Hinn, Robert Tilton, Joel Osteen, Joyce Meyer and others have increased their popularity and wealth thanks to their focus on knowing this gospel, emphasizing it and pushing it to its limits.”

They see the purpose of faith as being to win God’s favor, which is demonstrated in material wealth and physical health, a position that is “far removed from the life of conversion usually taught by the traditional evangelical movements,” Father Spadaro and Figueroa wrote.

The teachings of the prosperity gospel have obvious implications for how a believer in that philosophy views and treats others, they said. “There can be no compassion for those who are not prosperous, for clearly they have not followed the rules and thus live in failure and are not loved by God.”

The philosophy, they said, promotes policies that are “unjust and radically anti-evangelical.”

“One of the serious problems that the prosperity gospel brings is its perverse effect on the poor,” the authors wrote. The philosophy “not only exasperates individualism and knocks down the sense of solidarity, but it pushes people to adopt a miracle-centered outlook,” which allows them to wash their hands of the obligation to work for justice and accept sacrifices for the common good.

NEXT: Dark to light: Buried under scaffolding, Holy Stairs set for resurrection