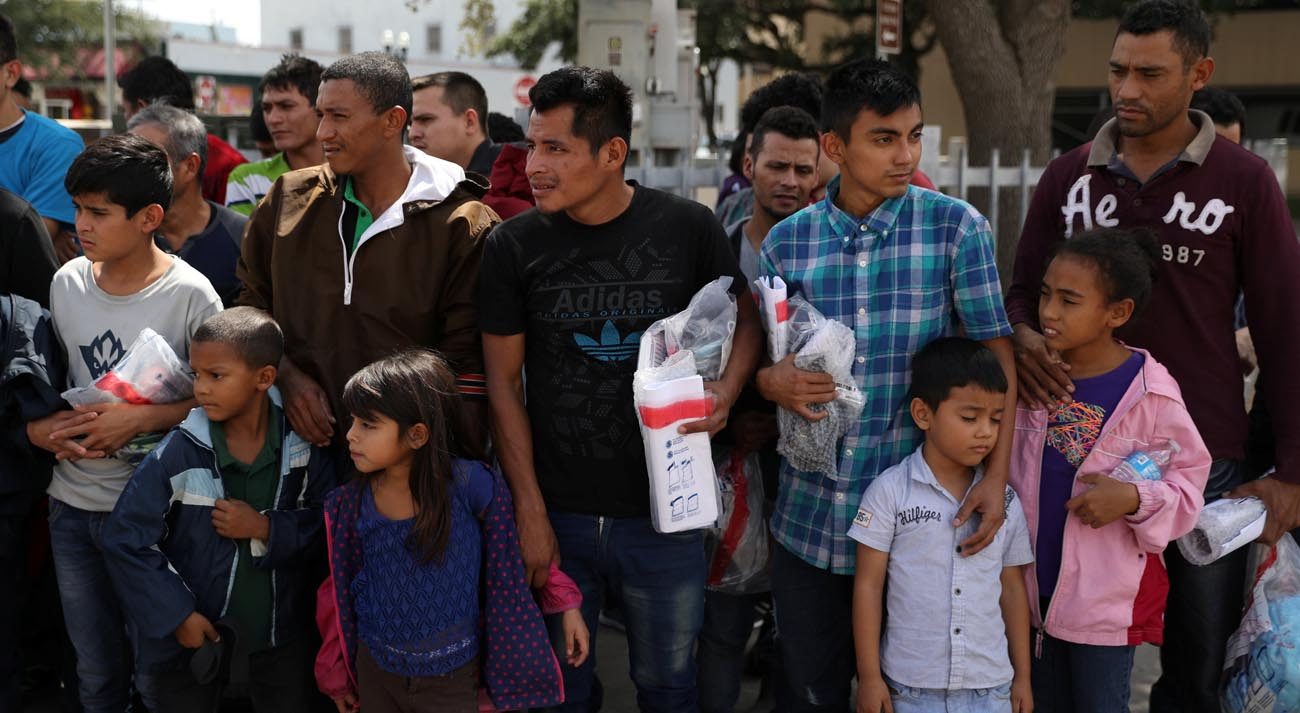 Immigrant families are released from detention July 3 at a bus depot in McAllen, Texas. Archbishop Bernardito Auza, the Vatican's permanent observer to the United Nations, praised the U.N. for emphasizing "the right to family unity and to family life" in its compact on safe, orderly migration. (CNS photo/Loren Elliott, Reuters)

UNITED NATIONS (CNS) — The Vatican’s nuncio to the United Nations welcomed the “inclusion and added emphasis on the right to family unity and to family life” in the Global Compact for Safe, Orderly and Regular Migration.

Archbishop Bernardito Auza, the permanent observer of the Holy See to the United Nations, spoke at the opening of the final round of negotiations on the compact July 9.

The document is a negotiated agreement, designed with the assistance of the United Nations, of the nation states that aims to cover all aspects of migration.

The archbishop commented on the most recent draft, saying that his delegation approved of some of the changes but thought that more issues needed to be addressed.

“My delegation welcomes the concrete measures included to address slow and sudden-onset disasters,” he said, as well as the wording about protecting “the right to family unity and to family life.”

“The family is the fundamental unit of society. It is at the heart of human development and social stability,” he said. “For this reason, actions must be taken to promote and ensure the integrity of the family. Family separation is never in the best interest of the state nor of the child.”

Archbishop Auza also said that some changes need to be made.

“My delegation wishes to underline three issues that are necessary to reach consensus,” he said.

The first issue he mentioned was broad references in the compact to language contained in other U.N. agency documents, such as the World Health Organization Framework of Priorities and Guiding Principles.

Including these references was a problem because they “are not intergovermentally negotiated” documents “and contain controversial language and issues.”

How this issue is resolved “would significantly influence how and to what extent the Holy See and the Catholic institutions and organizations taking care of migrants throughout the world might support the global compact.”

Archbishop Auza said that “my delegation is deeply concerned by the deletion of services, specifically to ‘shelter, health, education and justice.'”

“These services represent the minimum that all states must provide, as a matter of international obligation,” he said. He expressed concern that removing these words would enable states to undermine the rights of migrants.

His final concern was that “the phrase humanitarian ‘protection’ has been removed, replaced or heavily qualified.” He had the same concern about removing the term “non-refoulement,” which is a principle of international law that migrants cannot be forced to return to countries in which they are likely to face persecution.