Riverdance to perform for Pope Francis during World Meeting of Families 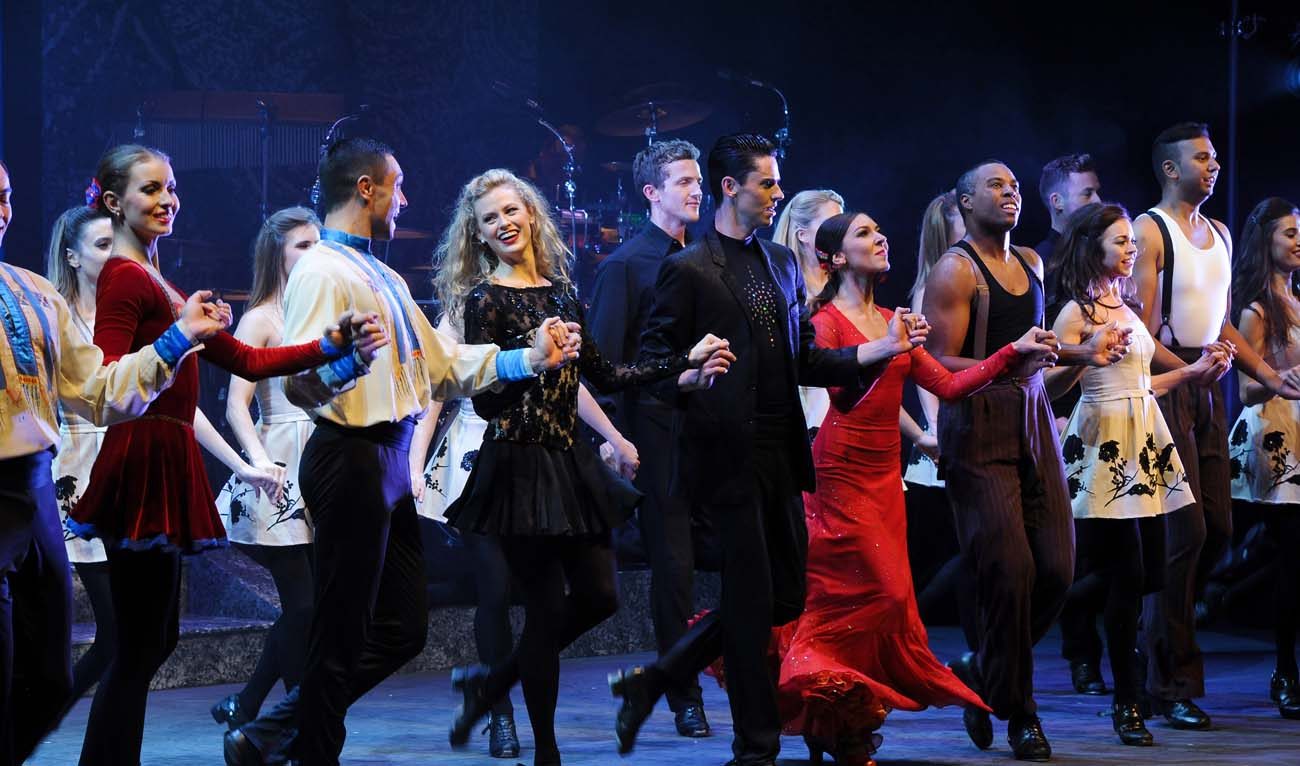 The internationally acclaimed Irish dance troupe Riverdance will be among those performing for Pope Francis during his Aug. 25-26 trip to Ireland for World Meeting of Families in Dublin, organizers announced July 19. (CNS photo/Jack-Hartin, courtesy Riverdance)

DUBLIN (CNS) — The internationally acclaimed Irish dance troupe Riverdance will be among those performing for Pope Francis at the August World Meeting of Families in Dublin, organizers said July 19.

The group — which has been seen by some 25 million people worldwide — will be one of the main acts at a Festival of Families Aug. 25 before an expected 80,000 people at Croke Park stadium in Dublin.

Brenda Drumm, spokeswoman for the World Meeting of Families, said she expects people from 116 countries to participate in the event, at which the pope will preside. Pope Francis also will hear testimony from families from India, Iraq, Ireland and Burkina Faso on topics as diverse as the effects of technology on family life and the value of families forgiving one another.

The Festival of Families will be a two-hour spectacle of music, dance and worship and is choreographed as a celebration of family life. It is billed as one of the highlights of the meeting.

As well as prominent performers like Daniel O’Donnell and Nathan Carter, the cast for the Festival of Families will include an orchestra of more than 50 musicians; more than 700 Irish Sean Nos and contemporary dancers, including 500 from Irish dance schools across the country; a 1,000-member choir; 100 community groups; and 300 flag bearers.

Archbishop Diarmuid Martin of Dublin, president of World Meeting of Families, told reporters at a news conference at the stadium that expectations about Pope Francis’ visit vary.

“There is enthusiasm: Within days of opening registration, the bookings for all the major events of Pope Francis’ visit were sold out. Very large numbers will come from abroad, and this event will be a way to highlight modern Ireland to the world.

“This is a great opportunity,” he said.

“One of the great attractions of Pope Francis is how he shows us that he can live in a world where faith seems marginal and yet manage to touch hearts,” the archbishop said. “He finds ways in which he can win hearts for what the teaching of Jesus involves, not through imposing and judging, but through winning and attracting.”

However, Archbishop Martin cautioned against thinking that the papal visit would set a definitive plan for the renewal of the church in Ireland after decades of scandal and decline.

“Pope Francis will not work miracles,” he said. “In a visit of little more than 36 hours, it will not be possible for him to design a new road map for the Irish church.

“At most he can offer the Irish church the instruments on which that new road map can be drawn. We all have to understand, however, that while you can still draw maps on paper, maps today are different. They are interactive and constantly being updated.

“Pope Francis will challenge the Irish church to be authentically the church in a changed culture,” he said.

Organizers said the selection of themes and artists featured in the event reflect many of the priorities in the ministry of Pope Francis, including homelessness and those on the margins; migrants and refugees; care for the earth and the importance of the family.

The pope’s visit will be preceded by a three-day pastoral congress, which will reflect on the theme “The Gospel of the Family: Joy for the World.” The pope also will also visit a Capuchin-run day center for homeless families and the national Marian shrine of Knock.

As well as presiding at the closing Mass of World Meeting of Families, with an expected crowd of some 600,000, Pope Francis will meet with President Michael D. Higgins and other state officials during the short trip.

PREVIOUS: Young Canadian indigenous celebrate beloved St. Kateri as ‘one among us’