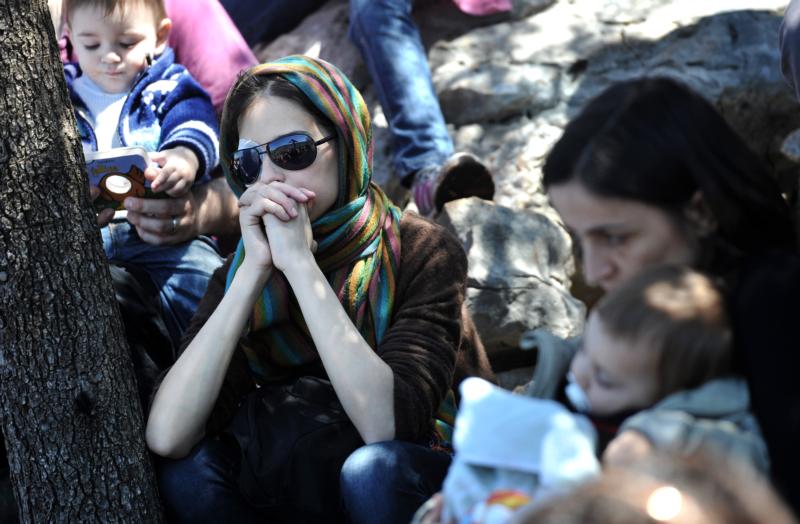 The Diocese of Rome formally opened the sainthood process for Chiara Corbella Petrillo, a young Italian wife and mother who avoided inducing a premature birth and invasive treatment for cancer while she was pregnant. The diocese described Corbella as a “beacon of light of hope” and “an example of a love greater than fear and death” in the document opening the process July 2. Shis is pictured in a 2012 photo in Medjugorje, Yugoslavia. (CNS photo/Cristian Gennari, courtesy Petrillo’s family)

ROME (CNS) — The Diocese of Rome formally opened the sainthood process for a young Italian wife and mother who avoided inducing a premature birth and invasive treatment for cancer while she was pregnant.

The diocese described Chiara Corbella Petrillo as a “beacon of light of hope” and “an example of a love greater than fear and death” in the document opening the process July 2.

Her husband, Enrico Petrillo, told Vatican News July 21 that her growing “fame of holiness” is a kind of “consolation for me” as he sees so many people finding inspiration in the way she lived her faith. “She is doing so much good in heaven,” he said.

Born in Rome in 1984, Corbella was active with the Catholic charismatic renewal movement and met Petrillo on a pilgrimage to Medjugorje in 2002.

Corbella wrote that her engagement to Petrillo was in deep crisis until she realized, with the help of a spiritual adviser, that she hadn’t understood her engagement to marry was a gift, not God trying to take something away from her.

After they married in 2008, their first child, Maria Grazia Letizia, was diagnosed in utero with a serious malformation. The parents chose to carry to term the child, who died less than an hour after she was born in 2009.

Their next child, Davide Giovanni, was also diagnosed with severe malformations and he, too, died right after birth in 2010.

When pregnant with her third child, who was found to completely healthy, Corbella discovered she had developed tongue cancer. They removed the tumor in March 2011 while she was pregnant, but the second round of treatment had to wait until after the child, Francesco, was born.

Corbella chose doctors who would help her continue her pregnancy as close to term as possible, because, she wrote, “I had no intention of putting Francesco’s life at risk” with a premature birth.

A few days after the baby was born in May 2011, Corbella had a second operation and then began chemo- and radiation therapy. But the cancer had already spread to her lymph nodes, lungs, liver and right eye, and she died June 13, 2012, at the age of 28.

Petrillo told Vatican News his wife was peaceful and happy when she died because she recognized all the blessings, graces and beauty that had been in her life.

Maria and Davide, the babies who died right after birth, helped their parents experience the mystery of a life being full, no matter how brief it is, he said.

When a cause is formally opened, witnesses are called to testify about the life and holiness of the candidate, the person’s writings are collected, and a biography is prepared. The diocese must gather evidence that the candidate has a widespread reputation for holiness and must look into claims by the faithful that they were healed through her intercession.