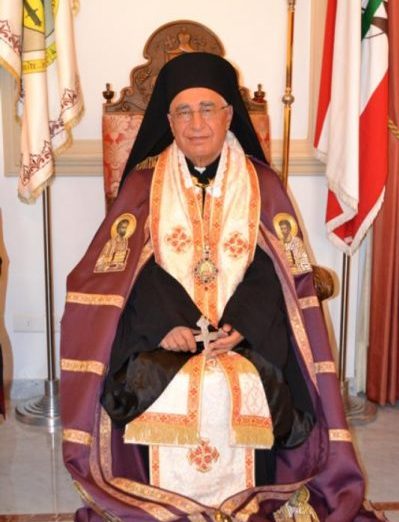 HOUSTON (CNS) — Melkite Catholic Patriarch Joseph Absi called on attendees at the 51st National Melkite Convention “to support one idea, which is peace.”

“Only through peace can we continue to testify to our Christian roots in the Near East,” he said.

The patriarch made the comments in an address on the first day of the July 5-8 conference. He also was the homilist at the closing Mass.

The Melkite church is one of the many Eastern Catholic churches in full union with Rome.

Patriarch Absi spoke about what it means to be a Melkite at the present time and the challenges the Church faces in the Near East.

He listed several possibilities for what being Melkite could mean — the Byzantine liturgy, the unity with the Catholic Church, the Near Eastern roots — but he rejected them all because none of them belong exclusively to the Melkites.

Instead, he said that he saw the core of the Melkite identity in its unity and openness.

“Our church has sought since the beginning to be a messenger for unity,” he said, and he explained how it began with the intention to restore the unity between the Christian East and Christian West in late antiquity.

“Our prelates have always worked for this unity,” he said.

He also mentioned the contribution of the Melkite patriarch and Melkite bishops at the Second Vatican Council, which led to “what transfigured the prophetic vision of our church: the establishment of the secretariat for the unity of the church, liturgical reforms, strengthening the value and importance of local churches and the vital concept of synodality.”

The Vatican II decree on Eastern Catholic Churches (“Orientalium Ecclesiarum), issued Nov. 21, 1964, stated that the variety within the church does not harm its unity and that Eastern Catholic churches should retain their own traditions.

Patriarch Absi said that he mentioned these things not “to sing the praises of the past,” but “to remind ourselves of who we are and what we can accomplish,” and to indicate what the Melkites can contribute to ongoing dialogue between the Catholic and Orthodox Churches.

“After insistence on unity, our church is marked by its openness,” the patriarch said.

This openness manifests itself in “its welcoming nature, its readiness for theological dialogue and the receiving nature of our communities.”

He said that the Melkite Church is not just for one nation or one ethnicity. “Our church surpasses borders and ethnicity.”

The patriarch said that the conflict in the Near East is complicated and should not be oversimplified.

“Trying to reduce the conflict to sectarian or civil war or freedom against dictatorship is misleading,” he said.

He mentioned that TV and social media contributed to these false impressions of the nature of the conflicts in the Near East.

“As a Christian leader, I call all of you to support one idea, which is peace. Only through peace can we continue to testify to our Christian roots in the Near East.”

He explained that, in order to attend the convention in Houston, he had to tell Pope Francis that he would be unable to attend a July 7 meeting of all the patriarchs of the Near East in the southern Italian Adriatic port city of Bari to pray for peace.

“I was supposed to be with them, but I had to present my excuses so I can be with you,” he said.