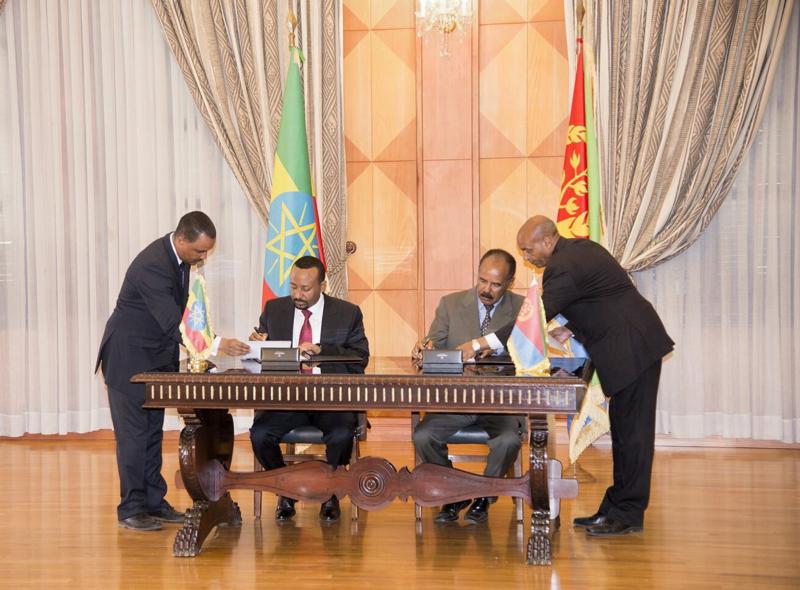 Cardinal Souraphiel told Catholic News Service July 10: “This is a historic step taken by the prime minister of Ethiopia within the first 100 days since he took office. The joyous reception of Eritreans to the Ethiopian prime minister and his delegation shows that this has been the prayers of the people. It is very pleasing to the Catholic Church that the prayers of the people of both countries have been answered.”

For decades, the two countries have been at loggerheads on issues that include the border. An estimated 80,000 people are believed to have been killed between 1998-2000 over a fierce border conflict. However, after the two countries signed a U.N.-brokered border agreement in 2000, they failed to implement it.

Cardinal Souraphiel said the “steps taken so far by both governments prove that Africans have the wisdom to solve their problems themselves. The Catholic Church will continue to pray both for Ethiopia and Eritrea.”

On June 26, speaking in Addis Ababa, Ethiopia, as Eritrean government officials arrived in the country, Cardinal Souraphiel noted that Catholics had been praying for peace since the conflict started.

“Even though it was not easy, the Assembly of Catholic Bishops of Ethiopia and Eritrea continued to meet and exchange notes on the pastoral concerns of the two conflicting countries,” he said.

U.N. Secretary-General Antonio Guterres also praised the leaders on the signing of the peace pact.

The reconciliation was “illustrative of a new wind of hope blowing across Africa,” he told reporters in the African Union headquarters in Addis Ababa, stressing that sanctions imposed on Eritrea might become obsolete after the deal.