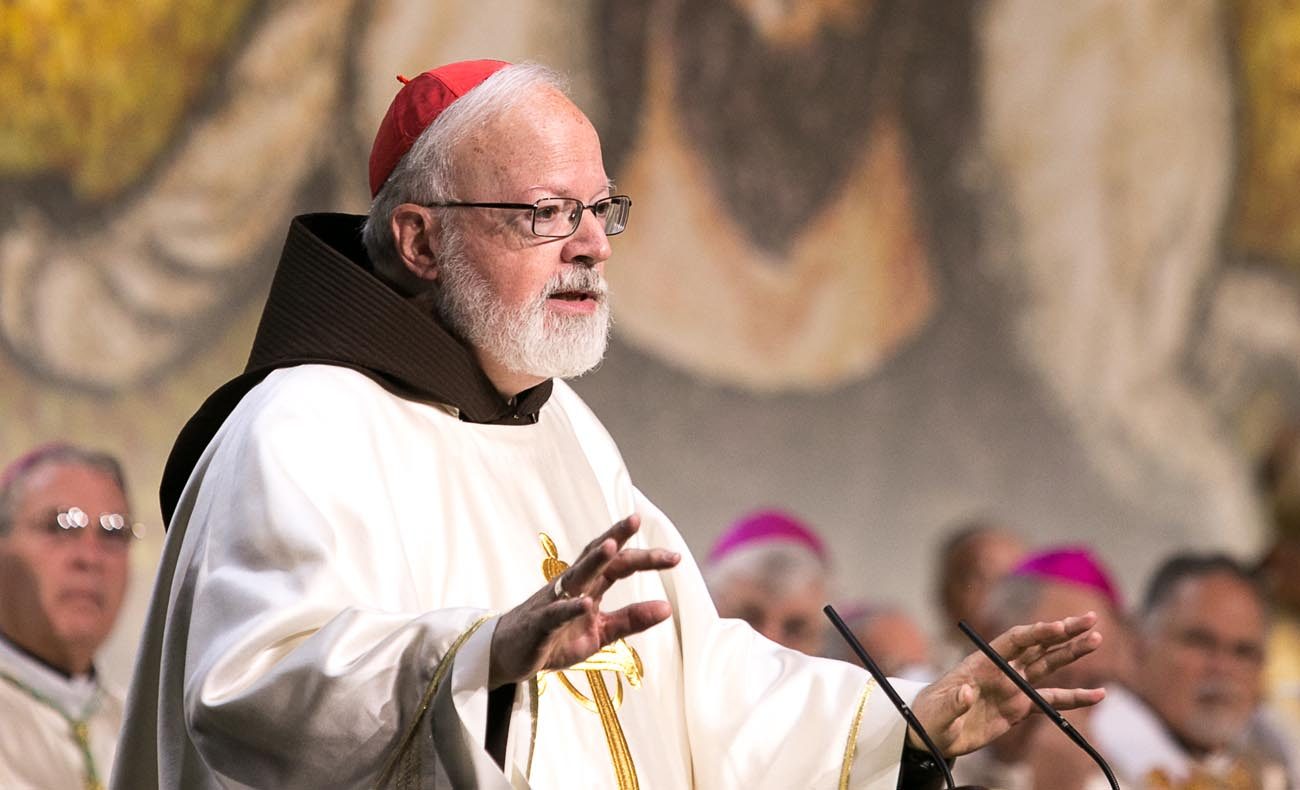 The Archdiocese of Boston announced Aug. 15 Cardinal Sean P. O'Malley will not attend the World Meeting of Families in Dublin Aug. 21-26. Cardinal O'Malley is pictured in a 2014 photo. (CNS photo/Tom Tracy)

BOSTON (CNS) — The Archdiocese of Boston announced Cardinal Sean P. O’Malley will not attend the World Meeting of Families in Dublin Aug. 21-26.

“Important matters pertaining to the pastoral care of St. John’s Seminary in the Archdiocese of Boston and the seminarians enrolled in the formation program there require the cardinal’s personal attention and presence,” said an Aug. 15 statement.

Cardinal O’Malley has asked the rector of the seminary, Msgr. James Moroney, to step down while an inquiry takes place into allegations made on social media about activities there that are “directly contrary to the moral standards and requirements of formation for the Catholic priesthood.”

Someone named Andrew Solkshinitz linked to a blog post in the community section of the Archdiocese of Boston’s Facebook page that describes seminarians at a “conservative seminary” drinking heavily, cuddling and engaging in sexual acts.

“As a former Boston seminarian for three years, I am calling upon the church to seriously examine the seminary located on Lake Street (St. John’s),” Solkshinitz wrote in the post on the page.

However, the Boston Archdiocese statement did not specify the social media allegations or say if the Facebook post was related to them.

Cardinal O’Malley also appointed a group “to oversee an inquiry into the allegations made this week, the culture of the seminary regarding the personal standards expected and required of candidates for the priesthood, and any seminary issues of sexual harassment or other forms of intimidation or discrimination.”

Cardinal O’Malley was supposed to moderate a panel, “Safeguarding Children and Vulnerable Adults,” at the World Meeting of Families. He said in a statement that “he will closely follow the proceedings from the Archdiocese of Boston.”

NEXT: Church that remains in nearly condemned town a gift from God, says pastor