Massgoers pray for shrine rector, all other passengers who survived crash 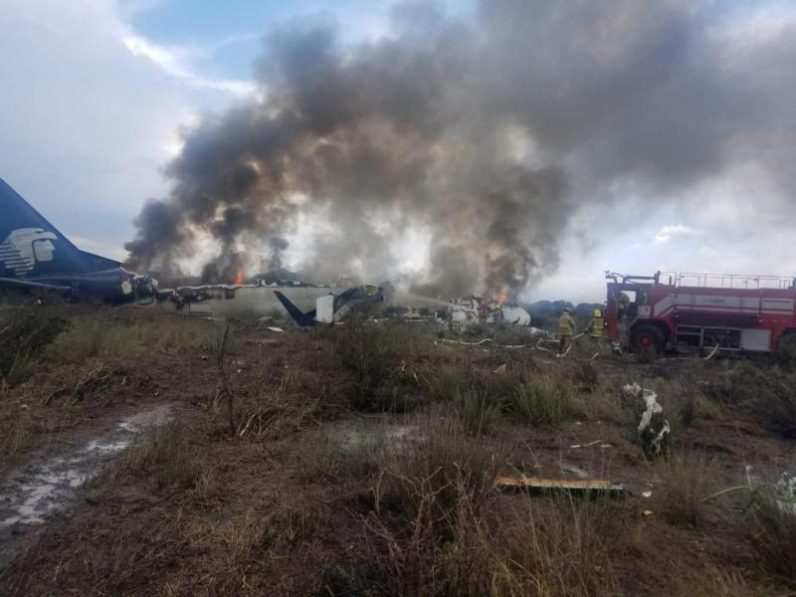 Emergency rescue personnel work at the site where an Aeromexico jetliner crashed in Mexico’s northern state of Durango, July 31, in this picture obtained from social media. The jetliner crashed while taking off during a severe storm, smacking down in a field nearly intact then catching fire. Officials said all 49 people on board escaped alive. (CNS photo/Proteccion Civil Durango via Reuters)

DES PLAINES, Ill. (CNS) — Hundreds of worshippers gathered outdoors at the Shrine of Our Lady of Guadalupe in Des Plaines the evening of Aug. 1 to give thanks for the survival of all 103 people aboard Aeromexico Flight 2431.

Among the passengers on the plane were Father Esequiel Sanchez, the shrine’s rector, and about 15 of his family members and friends who were in Mexico to celebrate his 50th birthday. The group was flying to Mexico City on their way back to Chicago.

Father Sanchez suffered a broken arm that required surgery but is expected to make a full recovery.

Ignacio Perez, who does media relations for the shrine, said it was prepared for a larger than usual congregation and for the rain, with umbrellas set up to provide some shelter.

“People were relieved that Father (Sanchez) was OK and was recuperating after what happened to him,” Perez said. “We prayed for his well-being and the well-being of everyone who was injured.”

Father Sanchez, who spoke with reporters in a conference call before going in for surgery for multiple fractures in his arm Aug. 1, said it was “absolutely” a miracle that everyone survived.

“I’m so grateful that we’re all alive,” Father Sanchez said. “We didn’t lose anyone, and that to me is a miracle. Thanks be to God.”

He described what happened to the flight, which boarded normally. He and other passengers noted that the weather had turned rainy and windy as the plane started taxiing; by the time it was ready to take off, the wind had intensified and hail was falling. 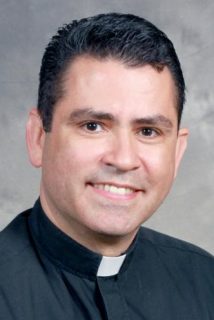 Father Sanchez, who took private flying lessons years ago, thought perhaps that the pilot would postpone the flight. Instead, the engines sped up and the plane started down the runway.

“It sounded like we did take off,” he said. “The plane actually did get off the ground. I think it might have been a microburst that pushed the plane back down.”

Then he felt the landing gear buckle and the plane slid to the end of the runway and collided with the embankment. If it had managed to climb higher, or fly faster, or not get slowed down by the broken landing gear, it could well have flipped over and trapped the passengers inside.

As it was, everyone made it out.

“My respect to the crew,” he said. “They did a good job helping everybody get out.”

Father Sanchez said those who remained able-bodied assisted others to get away from the plane, with its flames and billowing smoke, and passengers congregated in small groups in the driving rain.

“I tried to minister to those who needed it,” he said.

When emergency vehicles arrived, he was loaded into an ambulance with a little girl whose legs were badly burned. Both were taken to a children’s hospital, and then Father Sanchez was transferred to another hospital, where he learned he’d need a metal plate in his left arm.

“I’ll be the bionic priest,” he said.

Perez said staff at the shrine learned of the accident at about 5:30 p.m. July 31, as survivors began to call loved ones in Chicago. At almost the same time, they received a call from a television station trying to conform that Sanchez was on the flight.

Shortly after that, Perez said, a nurse at the hospital where Sanchez had been taken called and was able to put him on the phone.