Wuerl: In Pittsburgh, he ‘established strong policies’ on abuse claims 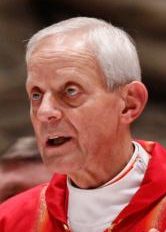 WASHINGTON (CNS) — Washington Cardinal Donald W. Wuerl said Aug. 14 that during his tenure as bishop of Pittsburgh from 1988 to 2006, he “established strong policies that addressed the needs of abuse survivors, removed priests from ministry and protected the most vulnerable in the community.”

He said he also “traveled to Rome to challenge successfully a Vatican decision to reinstate a (Pittsburgh) priest removed from ministry as a result of substantiated child abuse claims.”

Cardinal Wuerl made the comments in response to the Pennsylvania attorney general’s release the same day of a grand jury report on a months-long investigation of abuse claims in the Pittsburgh Diocese and five other dioceses in the state — Harrisburg, Greensburg, Erie, Scranton and Allentown.

The report covers a span of over 70 years and many of the claims are decades old.

“There have been other reports about child sex abuse within the Catholic Church,” the report says. “But never on this scale. For many of us, those earlier stories happened someplace else, someplace away. Now we know the truth: it happened everywhere.”

In his statement, Cardinal Wuerl said that while he understands the report “may be critical of some of my actions, I believe the report confirms that I acted with diligence, with concern for the victims and to prevent future acts of abuse.”

“I sincerely hope that a just assessment of my actions, past and present, and my continuing commitment to the protection of children will dispel any notions otherwise made by this report,” he added.

In his statement and in an Aug. 13 letter to priests of the Washington Archdiocese, Cardinal Wuerl said that the part of the report he was allowed to see before its official release had references to 32 priests in the Diocese of Pittsburgh. His statement was accompanied by a fact sheet about his years in Pittsburgh.

It said “the facts are” that during his tenure as Pittsburgh’s bishop, the diocese “promptly investigated” allegations of child sexual abuse and took appropriate actions, including removal of priests from ministry.

“The diocese required removal of a priest from ministry in the event of an admitted or substantiated allegation of child sexual abuse,” the fact sheet said. “While allegations of abuse were being investigated, priests were placed on administrative leave and/or sent for professional psychological evaluation.”

The grand jury report “does not distinguish between allegations and proven facts,” it said. “The report assumes that mere allegations against a priest should have resulted in permanent removal from ministry. This assumption is mistaken.”

During his 18 years in Pittsburgh, “scientific, psychological and medical understandings of child sexual abuse evolved significantly, as did civil and church law,” the statement said. “Still, throughout his tenure in Pittsburgh, as well as afterwards, Cardinal Wuerl sought to implement child-protection policies that kept pace with or were ahead of that evolution.”

“As I have made clear throughout my more than 30 years as a bishop,” Cardinal Wuerl said in his remarks. “The sexual abuse of children by some members of the Catholic Church is a terrible tragedy, and the church can never express enough our deep sorrow and contrition for the abuse, and for the failure to respond promptly and completely.”

In his letter to priests of the Washington Archdiocese, Cardinal Wuerl said the report “will be a reminder of grave failings that the church must acknowledge and for which it must seek forgiveness.

“It will also be a reminder that there are many survivors of such abuse whom we must continue to keep in our prayers, and whose pain we must seek to help bear and lessen through accompaniment and care.”

He said that he could not “fully express the dismay and anger I felt, when as a newly installed bishop of Pittsburgh in 1988, I learned about the abuse some survivors experienced in my diocese.”

“It moved me not simply to address these acts, but to be fully engaged, to meet with survivors and their families, and to do what I could to bring them comfort and try to begin a process for healing,” he continued. “It also urged me to develop quickly a ‘zero tolerance’ policy for clergy who committed such abuse, and put in place a process to ensure that an y allegation of abuse was addressed as fairly and forthrightly as possible.”

He also noted that while the grand jury report references 32 Pittsburgh priests, during the seven decades the report covers, “about 1,800 or so diocesan priests served the people of Pittsburgh in their parishes and schools.”

In that time, he added, “more than 5,000 priests served across the commonwealth of Pennsylvania in that same time frame.”

“Between 1988 and 2006, how the church — and society as a whole — dealt with the scourge of child sex abuse evolved: mandatory reporting and adjudication of such claims, for example,” he added. “But what never changed was my commitment to the survivors of the abuse and their families.”

He said to the priests that he expected the report would be critical “of some of my actions” in Pittsburgh, but he said he also believes “the report also confirms that I acted with diligence, with concern for the survivors and to prevent future acts of abuse.”

“I sincerely hope that a just assessment of my actions, past and present, and my continuing commitment to the protection of children will dispel any notions otherwise made by this report,” Cardinal Wuerl said.

He urged prayers for anyone harmed by clergy, adding, “Our commitment to addressing this scourge and supporting survivors, and encouraging survivors to come forward for assistance and to seek justice must not waver.”

“The Catholic Church can never express enough our deep sorrow and contrition for the abuses of the past, and we are now in the midst of a new era where our communal bonds of trust are once again being tested by the sin of abuse,” he added.