A month after the ‘clean-up,’ a Nicaraguan community mourns three dead 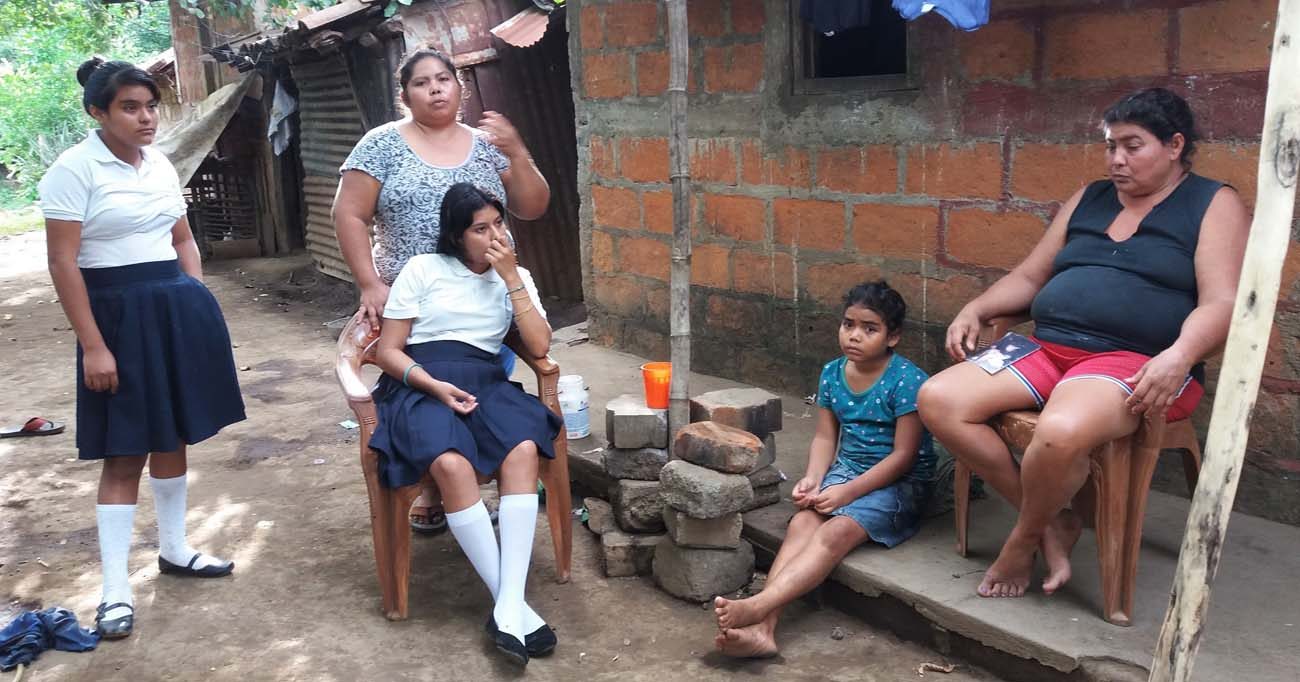 SUTIABA, Nicaragua (CNS) — Father Victor Morales was awakened at 5 a.m. by the young men on the barricade outside his church. “They’re coming, father. They’re here,” they told him.

What the community had been afraid of was happening.

Father Morales cautiously looked down the street and saw scores of armed, hooded men flooding into Sutiaba, a suburb of the city of Leon, Nicaragua’s second largest city.

On that day, July 5, the Nicaraguan police, with masked and armed paramilitary support, attacked Sutiaba. The “clean-up operation,” as the government called it, resulted in three dead among the parishioners of Father Morales’ St. Peter Church. In the month since, the community has been living in fear. Nationally the pressure on the Catholic church has also increased.

“I was frightened that day, yes, of course, but not surprised,” Father Morales told Catholic News Service. “Other priests and I had tried to negotiate with the authorities in the preceding days. But they did not listen.”

In June people throughout Leon had put up barricades built of paving stones to protest the FSLN government of Nicaragua President Daniel Ortega for the violence against protesters since demonstrations erupted in April over reforms to the country’s social security system. The barricades also were a self-defense mechanism, to prevent paramilitaries driving into the suburbs in trucks and shooting. However, after a month of stalemate the state was forcibly going town by town and to remove the barricades down.

“It was very violent that day,” Father Morales said. “They had riot-police and paramilitaries in at least 20 pickups, and bulldozers. I couldn’t leave the house for a couple of hours. I felt impotent, furious and sad. But later I could walk to the health post and I learned about the deaths.

“Sadly, the youngsters didn’t realize that they couldn’t win”, the priest added. “You can’t hold off heavily armed men with fireworks and slingshots.”

Four blocks south of the church the remains of the barricades litter the streets, and two sad crosses mark the spot when Junior Rojas and his friend Alex Machado Vazquez were killed. Down a dusty alley, past a large rabbit hutch, the members of Rojas’ family sit outside their two-room house, still seemingly in a state of shock.

“They killed my boy with one single shot to the head,” said his mother, Aura Marina Rojas. “He was behind the barricade, but the police had flooded the suburb. They were to the north, the east and the west. They shot him from a block away.”

Rojas, worked as a builder’s assistant and studied at night school.

“He was my support, he looked after us,” his mother told CNS. “I have glaucoma and can’t work, so he supported me and his 9-year old niece. The government has said all sorts of lies about the men on the barricades, that they were delinquents, they sold marijuana, but its not true. Junior was a good boy. He attended Mass, he studied and played football on weekends.”

Rojas’ sister, Cruz Hernandez, said authorities took his body and “dumped it in the morgue.”

“We went to get his body later that day. They would barely speak to us. There was no autopsy, no investigation, they gave us no paperwork. Only one doctor dared look at him that day. They warned us: ‘Go home to your family now, or something worse might happen there,'” she said.

“They shot him eight times,” said a local barber, who asked not to be named. “They wanted to send a message. And that worked. After that most of the other neighbors around here took down their own barricades.”

The government’s operation moved from Leon to other towns during July, with a steady succession of unarmed young men killed by hooded paramilitaries with high-caliber weapons. Since the protests began in April at least 300 people have been killed and thousands of others have been injured in imprisoned, according to the International Human Rights Commission.

“Around 90 percent of those killed have been anti-government protestors,” the commission reported. In June and July most of the victims had been killed by paramilitary forces, who President Ortega has described as “voluntary police.”

As in Sutiaba, priests elsewhere have been called on to mediate as the government forces confronted protesters at the barricades. In Diriamba July 9, Auxiliary Bishop Jose Silvio Baez of Managua, and other senior clergy were attacked by a mob of FSLN supporters and sustained minor injuries as they attempted to mediate the release of local people. In Managua, the capital, on July 13 Father Raul Zamora had to take care of dozens of students who took refuge in the Church of Divine Mercy after being attacked at the National Autonomous University of Nicaragua in Managua. U.S. Vice President Mike Pence later described Father Zamora as a “hero of the faith.”

Nationally, the Catholic Church has tried to keep alive dialogue between the government and the opposition, despite accusations from Ortega that the church is part of the opposition. Cardinal Leopoldo Brenes Solorzano of Managua has said in weekly mass that the church “is persecuted,” but will not give up its mediation role.

Visiting Leon for the first time Aug. 2, Archbishop Waldemar Stanislaw Sommertag, apostolic nuncio, emphasized the role of the church. “The national dialogue is the only route to peace,” he said.

The church received a new show of support Aug. 5. Archbishop Timothy P. Broglio of the U.S. Archdiocese for the Military Services, chairman of the U.S. Conference of Catholic Bishops’ Committee on International Justice and Peace; visited to observe and support the dialogue process.