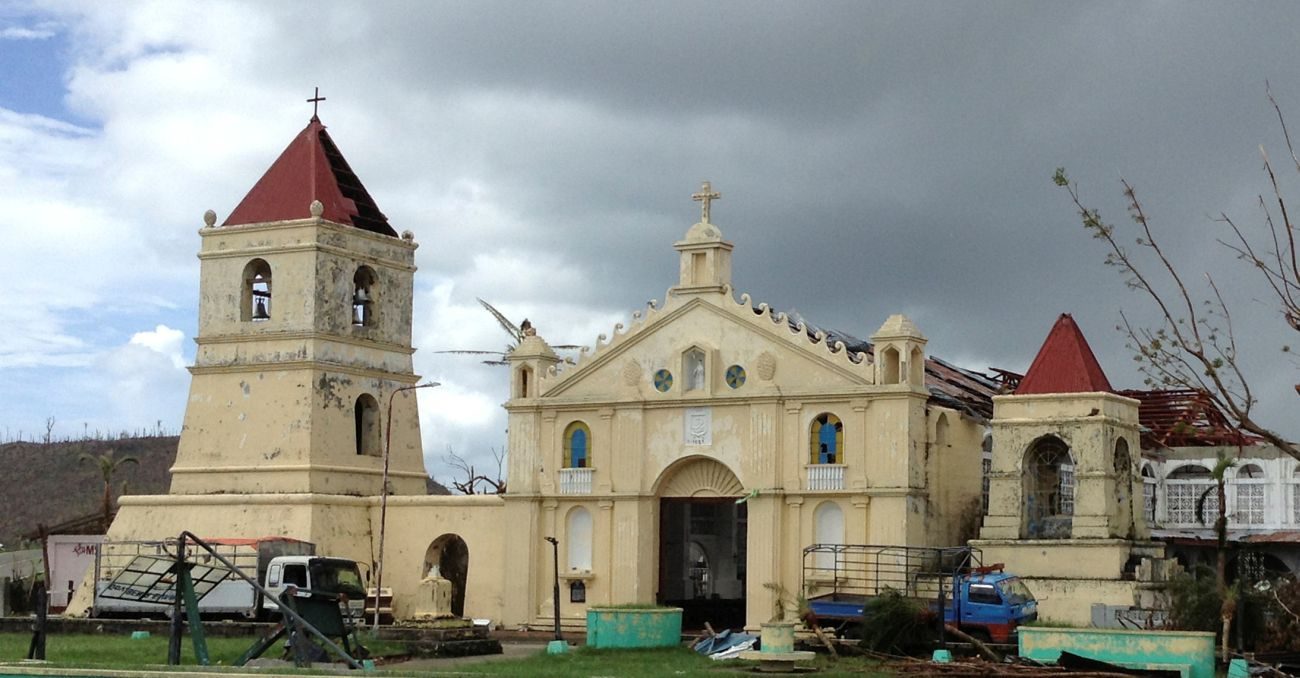 A Catholic church and belfry are seen in 2013 in the coastal Philippine town of Balangiga after a typhoon. The town built the belfry in 1998 in the hope that the United States would return three bells it says were stolen during the 1899-1902 Philippine-American War. U.S. Defense Secretary Jim Mattis Aug. 11 signed documents for the return of the bells to the Philippines. (CNS photo/Nathan Layne, Reuters)

TACLOBAN, Philippines (CNS) — Filipinos welcomed an announcement by the United States that it planned to soon return church bells seized by American troops as trophies during the Philippine-American War more than a century ago.

In a statement Aug. 11, the U.S. embassy in Manila said Congress already has been informed about plans to return the “bells of Balangiga” to the Philippines, ucanews.com reported.

American soldiers took the church bells from the town of Balangiga in the central Philippines following the massacre of its residents in response to the death of 48 U.S. troops at the hands of rebels in 1901.

“We’ve received assurances that the bells will be returned to the Catholic Church and treated with the respect and honor they deserve,” U.S. embassy spokeswoman Trude Raizen said.

“We are aware that the bells of Balangiga have deep significance for a number of people, both in the United States and in the Philippines,” she added.

The news came as the town of Balangiga celebrated the feast day of its patron saint, St. Lawrence the Martyr, Aug. 10.

The U.S. did not give a specific date when the bells would be sent back.

“If the news is true, then that would be great for us,” said Balangiga Mayor Randy Graza, adding that it would be a cause for celebration.

President Rodrigo Duterte highlighted the demand for the return of the bells during his state of the nation address in 2017.

Catholic bishops have appealed for their return, saying they were “religious artifacts with considerable significance to Catholic tradition.”

The prelates said the bells were used to call people to prayer and worship and “as such they were inappropriate trophies of war.”

Balangiga church’s belfry remains empty as a reminder of the bells’ loss.

The taking of the bells and the American sacking of Samar province came after Filipino freedom fighters ambushed and killed at least 40 American soldiers sitting down to breakfast.

They were part of a 75-man American garrison stationed in town. It is said the bells were used to signal the attack.

NEXT: Spanish Jesuit murdered in Peru held up as ‘exemplary’