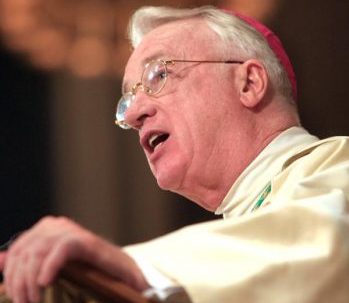 The Archdiocese of Baltimore released the news that Archbishop Lori had received a specific charge from the pope to investigate allegations against the bishop.

“My primary concern is for the care and support of the priests and people of the Diocese of Wheeling-Charleston at this difficult time,” Archbishop Lori said in the statement Sept. 13. “I further pledge to conduct a thorough investigation in search of the truth into the troubling allegations against Bishop Bransfield and to work closely with the clergy, religious and lay leaders of the diocese until the appointment of a new bishop.”

Archbishop Lori was to meet with clergy and lay leaders of the diocese Sept. 13 and 14. He also planned to celebrate Mass in Wheeling the evening of Sept. 15 at the Cathedral of St. Joseph.

In response, the diocese established a hotline — 833-272-4225 — for people wanting to share information related to the investigation.

Bishop Bransfield had headed the statewide diocese since his episcopal ordination and installation in February 2005.

A Philadelphia native who is former rector of the Basilica of the National Shrine of the Immaculate Conception in Washington, Bishop Bransfield is 75, the age at which canon law requires bishops to turn in their resignation.

In 2012, Bishop Bransfield criticized what he called “false hearsay statements” that were made during a Philadelphia trial of two priests on sex abuse-related charges.

The bishop wrote in a letter to priests and people of his diocese that a “hearsay allegation” that he had engaged in improper conduct with a high school student in the 1970s “has been put to rest” by the student in question and others.

“I can only repeat what I have stated before publicly: I have never abused anyone,” the bishop said then.

The allegation surfaced during the trial of Msgr. William Lynn, former secretary of clergy in the Philadelphia Archdiocese, on charges of child endangerment; he was later found guilty of one count and sentenced to a prison term.

At the trial, a witness testified that a now-defrocked priest had told him that a young man in a car with then-Father Bransfield was being abused by Father Bransfield. Ronald Rock, a Philadelphia business executive, later publicly identified himself as that young man.

The diocese said in a news release accompanying the bishop’s letter that Rock confirmed he was the boy in the car and that nothing inappropriate occurred. A second student who was present during the weekend in question also confirmed no inappropriate conduct occurred, the release said.

Bishop Bransfield also said at the time that another allegation raised in 2007 by a former student and dating back to the 1970s had been investigated by the Philadelphia Archdiocese and that Cardinal Justin Rigali, head of the archdiocese at the time, “issued a formal determination that the allegation had not been substantiated.”

After looking into the allegation, local prosecutors decided not to bring charges.

Bishop Bransfield was ordained in 1971 in Philadelphia by Cardinal John J. Krol. His assignments included teacher, chaplain and chairman of the religion department at Lansdale Catholic High School. In 1980 he joined the staff of the Basilica of the National Shrine of the Immaculate Conception, first as assistant director of liturgy and finally as rector before being appointed to West Virginia.

He also served a term as treasurer of the U.S. Conference of Catholic Bishops and as a member of the committees on communications and national collections.

NEXT: Parish returns to home church sanctuary a year after Hurricane Harvey