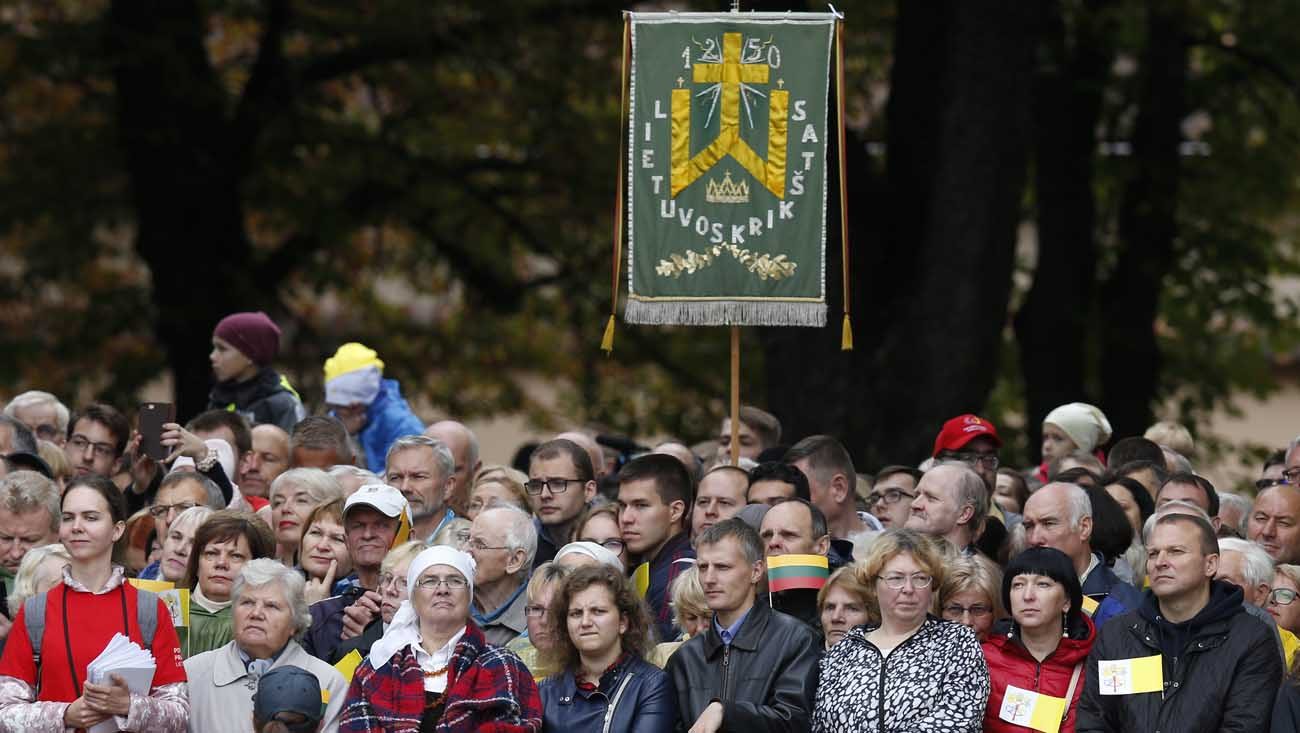 VILNIUS, Lithuania (CNS) — In Lithuania, a nation that experienced invasions, atrocities and persecution, Pope Francis began his visit with a plea to break down walls of suspicion and fear.

“If we look at the world scene in our time, more and more voices are sowing division and confrontation — often by exploiting insecurity or situations of conflict — and proclaiming that the only way possible to guarantee security and the continued existence of a culture is to try to eliminate, cancel or expel others,” the pope said Sept. 22.

Going directly from the airport to the Lithuania’s presidential palace, Pope Francis’ first appointment was with the president, government authorities and civic leaders.

He acknowledged the country’s painful past, which included “numerous trials and sufferings: detentions, deportations and even martyrdom.” But he also praised the country’s culture and people for tenaciously resisting attacks on its freedom.

Pope Francis, addressing national leaders, said that until the Nazis and Soviets arrived, people of a variety of national backgrounds and religions lived peacefully in Lithuania.

The “totalitarian ideologies,” though, “by sowing violence and lack of trust, undermined this ability to accept and harmonize differences,” he said. As Lithuanians consolidate their independence and democracy, they must return to those earlier cultural values of “tolerance, hospitality, respect and solidarity.”

Lithuanians, the pope said, know firsthand what happens when a political ideology tries “to impose a single model that would annul differences under the pretense of believing that the privileges of a few are more important than the dignity of others or the common good.”

NEXT: Vatican signs provisional agreement with China on naming bishops