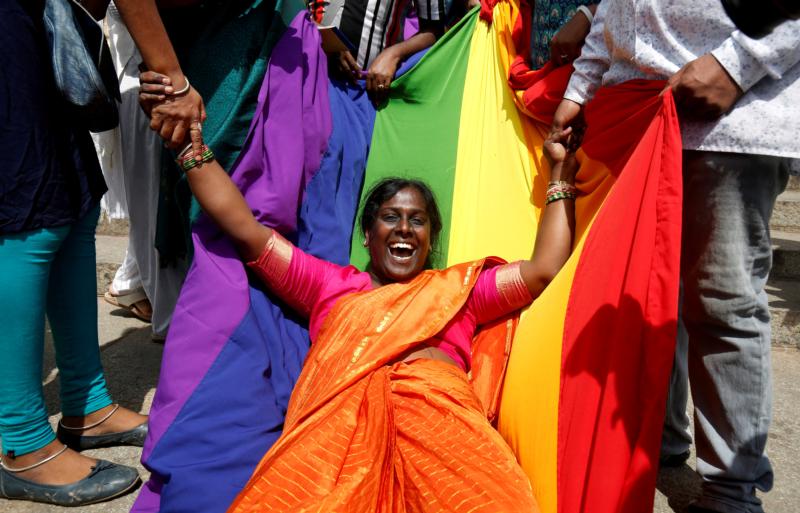 NEW DELHI (CNS) — India’s Supreme Court ruled in a landmark judgment that homosexual acts between consenting adults are no longer a crime, but church officials said that legal validity does not make such practices morally acceptable.

The court on Sept. 6 struck down a section of the Indian Penal Code that said homosexual acts in public or private were a crime punishable with a jail term of up to 10 years, ucanews.com reported.

But sexual activity with animals and non-adults remains a punishable offense under the ruling.

In a statement, a Catholic Bishops’ Conference of India representative said that although homosexual acts are now legalized, they are not morally acceptable or justified.

“What is legal is not equal to moral acceptability,” said the statement issued by Father Stephen Fernandes, secretary to the bishops’ justice, peace and development office.

The church, however, “respects the dignity of homosexuals as persons and human rights flowing from human dignity and personhood, just as the church stands for the same for all without exclusion or discrimination,” the statement said.

Bishop Joshuah Ignathios Kizhakkeveettil of the Syro-Malankara Eparchy of Mavelikara, conference vice president, said the “Catholic Church in India neither promotes nor propagates homosexuality. It is always for men and women and a happy family.”

Hindu and Muslim religious leaders were also critical of the court’s verdict.

Hindu spiritual guru Goswami Sushil Ji Maharaj told ucanews.com that same-sex relationships do not go with the meaning of creation. “God has created men and women for a purpose … but some people think differently now, which is not morally acceptable,” he said.

Muhammad Arif, chairman of the Center for Harmony and Peace in Uttar Pradesh state, said homosexuality and gay culture “are all Westernized, which is correct for some people, but I don’t think our society is ready to take it at this moment.”

James Valiath, program co-coordinator at the Naz Foundation, which works on HIV/AIDS and health care issues and was one of the petitioners in the case, welcomed the decision as good news for lesbian, gay, bisexual and transgender people.

“I can’t express my happiness and joy because our organization has been fighting this case for the last 17 years,” he said. “Now LGBT people can live peacefully in society with legal acceptance.”

NEXT: Letter confirms Vatican officials knew of McCarrick allegations in 2000