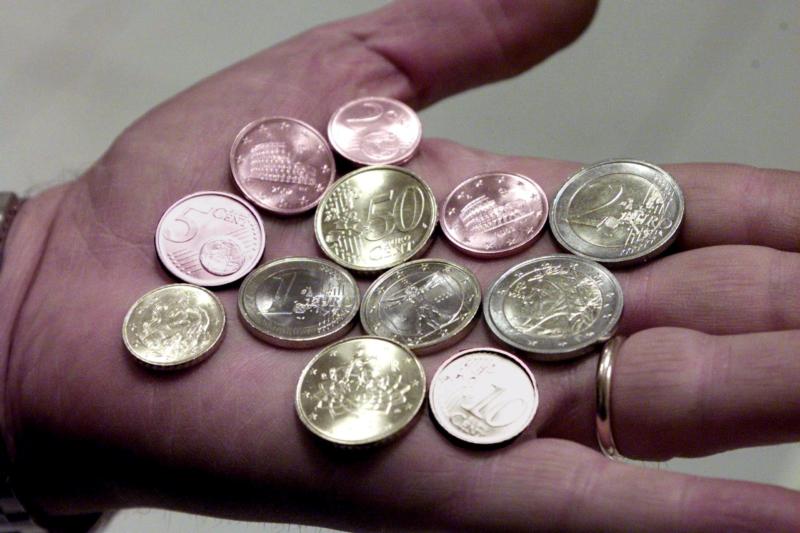 A person in Rome holds euro coins in this 2001 file photo. Pope Francis told Italy’s top financial newspaper Il Sole 24 Ore Sept. 7 that the blind pursuit of profit cannot guarantee a company’s viability, which depends on the fair treatment of workers and a vast array of other ethical and social factors. (CNS photo/Giuseppe Giglia, EPA)

ROME (CNS) — The blind pursuit of profit cannot guarantee a company’s viability, which depends on the fair treatment of workers and a vast array of other ethical and social factors, Pope Francis told Italy’s top financial newspaper.

“People are the most important resource of every company, (as it) works toward building the common good, being attentive toward the poor,” he said in an interview with Il Sole 24 Ore published Sept. 7.

The undated interview conducted by Guido Gentili, the paper’s editor-in-chief, only touched on issues related to jobs, money, migration and Europe.

The pope underlined the “communal” aspect of businesses that put families and people first with “the distribution and taking part in the wealth that has been produced; the integration of businesses in a local area; corporate social responsibility; employee benefit plans; equal pay for men and women; proper work-life balance; respecting the environment; recognizing people are more important than machines; acknowledging a just salary; and the ability to innovate.”

Everyone needs to work together to promote the common good “and a new humanism” in the world of work that respects people’s dignity “and does not look just at profit or the demands of production,” he said.

“The sole pursuit of profit no longer guarantees the existence of a business,” the pope said. Promoting human dignity benefits both people and the company, he added, because the good of both “go hand in hand.”