Editorial asks Kavanaugh nomination be withdrawn; others stand by nominee 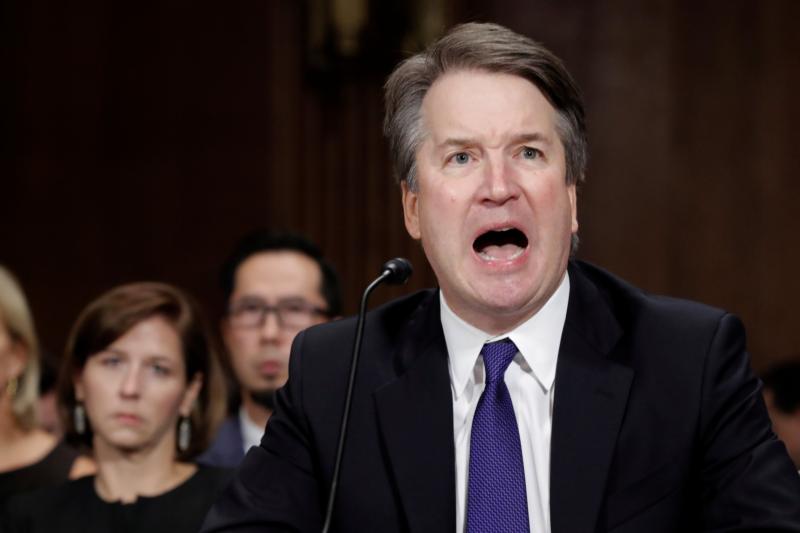 “While we previously endorsed the nomination of Judge Kavanaugh on the basis of his legal credentials and his reputation as a committed textualist, it is now clear that the nomination should be withdrawn,” said the Sept. 27 piece published by the editors of the weekly Jesuit publication based in New York.

The writers noted that “people of goodwill can and do disagree” about the credibility of both Christine Blasey Ford’s accusations and Kavanaugh’s denials and added that they have “no special insight into who is telling the truth.”

But because questions remain and might be not cleared without further investigation, the writers said: “We recognize that this nomination is no longer in the best interests of the country.”

The Senate Judiciary Committee voted 11-10 Sept. 28 to advance Kavanaugh’s nomination to the Senate floor. Republicans then approved a proposal by Sen. Jeff Flake, R-Arizona, that the FBI be given one week to investigate Ford’s allegations before there is a confirmation vote on the Senate floor.

Other Catholic organizations have urged support for Kavanaugh, including the Knights of Columbus Supreme Council, which has urged its members to contact their senators and ask them to vote for his confirmation to the high court. An online effort at www.catholicvote.org asking Catholics to support a petition in support of Kavanaugh had gathered more than 17,000 signatures as of Sept. 28.

Some days after Trump nominated Kavanaugh New York Cardinal Timothy M. Dolan, as chairman of the U.S. bishops’ Committee on Pro-Life Activities, called on U.S. Catholics to participate in a novena each Friday from Aug. 3 to Sept. 28 to pray that “the change in the U.S. Supreme Court will move our nation closer to the day when every human being is protected in law and welcomed in life.”

“While the U.S. Conference of Catholic Bishops does not support or oppose the confirmation of any presidential nominee,” he said, “we can and should raise grave concerns about a confirmation process which is being grossly distorted by efforts to subject judicial nominees to a litmus test of support for Roe v. Wade. And we must pray.”

In its new editorial, America said the question right now is not just about Kavanaugh’s legal or moral responsibility or about his qualifications but is about “the prudence of his nomination and potential confirmation. In addition to being a fight over policy issues, which it already was, his nomination also has become a referendum on how to address allegations of sexual assault.”

The editorial said the focus was no longer just about how he would likely rule on the court but centered on the “symbolic meaning of his nomination and confirmation in the #MeToo era. The hearings and the committee’s deliberations are now also a bellwether of the way the country treats women when their reports of harassment, assault and abuse threaten to derail the careers of powerful men.”

The writers reiterated that in the midst of the unknown, when challenges have not been fully investigated, “the best of the bad resolutions available in this dilemma is for Judge Kavanaugh’s nomination to be withdrawn.”

They also said if Senate Republicans voted to send the nomination to the full Senate, this would mean they are “prioritizing policy aims over a woman’s report of an assault. Were he to be confirmed without this allegation being firmly disproved, it would hang over his future decisions on the Supreme Court for decades and further divide the country.”

On July 9, the day President Donald Trump announced that Kavanaugh was his Supreme Court nominee to replace the seat left vacant by Justice Anthony Kennedy’s retirement, America magazine published an online editorial in praise of Kavanaugh as the potential “fifth vote needed to overrule Roe v. Wade, the 1973 landmark ruling that legalized abortion in every jurisdiction of the United States.”

The original editorial endorsing Kavanaugh, which appeared in the magazine’s July 23 print edition, described Kavanaugh as “a textualist who is suspicious of the kind of judicial innovation that led to the court’s ruling in Roe. That decision removed a matter of grave moral concern — about which there was and remains no public moral consensus — from the democratic process.”

The writers said that reversing the Roe decision would not “make abortion illegal in every jurisdiction. It would simply affirm the right of the people, through their legislators, to make the law, while upholding the right of the judiciary to say what the law is. Thus more than 40 years after the court ushered in an era of abortion virtually on demand, voters may once again have the right to debate the issue and determine what public policy should govern.”

They also noted that although the idea of “reversing Roe increases the stakes in this nomination battle,” it would return abortion politics to states and provide a way for to “prevent the issue from continuing to dominate future Supreme Court nominations.”

America magazine’s Sept. 27 editorial reinforced some of the points in its previous editorial, noting that there are “many good reasons to support the nomination of a qualified judge who is committed to a textualist interpretation of the Constitution to the Supreme Court” and that “over time, such an approach may return the question of abortion to the states, where it belongs given the Constitution’s silence on the matter.”

The Sept. 27 editorial also emphasized continued support of “the nomination of judges according to such principles — but Judge Kavanaugh is not the only such nominee available.”

“For the good of the country and the future credibility of the Supreme Court in a world that is finally learning to take reports of harassment, assault and abuse seriously, it is time to find a nominee whose confirmation will not repudiate that lesson,” it said.

The online comments to the editorial reflected the division across the country on this issue. Some agreed, but many did not. Some accused the magazine of bias and of abandoning Kavanaugh and asked to discontinue their subscription.

PREVIOUS: Order in the court: Amid drama, Supreme Court gears up for new session