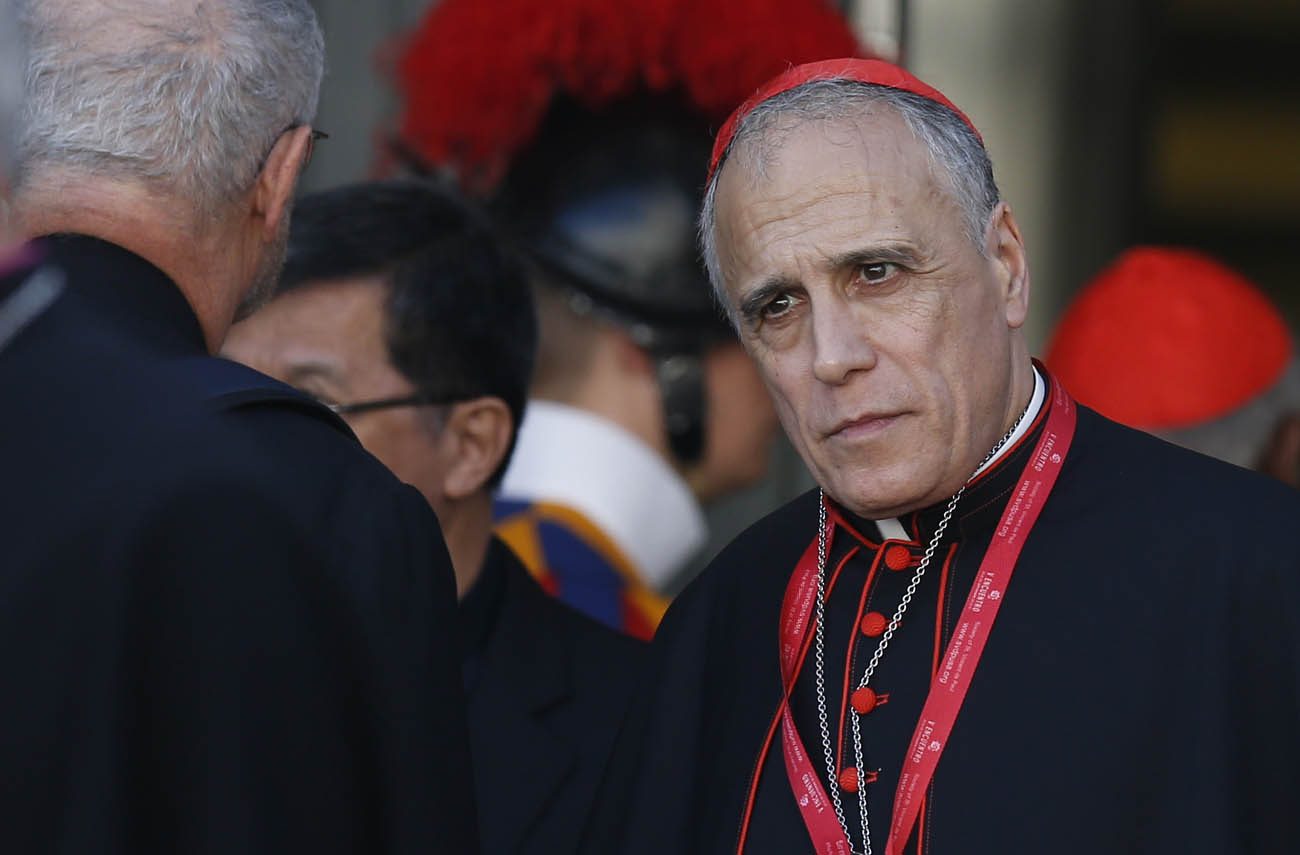 Cardinal Daniel N. DiNardo of Galveston-Houston, president of the U.S. Conference of Catholic Bishops, leaves a session of the Synod of Bishops on young people, the faith and vocational discernment at the Vatican Oct. 18. (CNS photo/Paul Haring)

VATICAN CITY (CNS) — While the clerical sexual abuse crisis did not dominate discussions at the Synod of Bishops, Cardinal Daniel N. DiNardo of Galveston-Houston said it was discussed, and everyone in the room clearly believed the crisis has to be dealt with.

Cardinal DiNardo, president of the U.S. Conference of Catholic Bishops, spoke to Catholic News Service Oct. 22 as the synod was winding down and preparations for the U.S. bishops’ November general meeting moved into high gear.

The agenda for the November meeting will include multiple items for dealing with the abuse crisis and, particularly, the issue of bishops’ behavior and accountability, Cardinal DiNardo said.

One suggestion the bishops will examine, he said, is to draw up “a code of conduct for bishops,” similar to those that most dioceses have for priests and for lay employees. Another would be to establish a “third-party reporting system” that would allow someone with an abuse complaint against a bishop to report him to someone not connected with his diocese or the bishops’ conference.

“All of these involve issues that we are going to have to discern,” the cardinal said. “We want to do something that will help intensify our commitment to change.”

For any real change to take place, he said, the bishops must collaborate with each other and with lay experts.

Cardinal DiNardo said the bishops would begin their meeting Nov. 12 with some introductory business, but then would go directly into a day of prayer and fasting focused on the abuse crisis.

Many of the items that the bishops were due to consider at the November meeting, he said, will be postponed to devote more time to considering concrete steps to take in response to the abuse crisis. However, he said, they will vote on the proposed statement, “Open Wide Our Hearts: The Enduring Call to Love — A Pastoral Letter Against Racism.”

Cardinal DiNardo is a veteran of the Synod of Bishops. The gathering Oct. 3-28 on young people, the faith and vocational discernment was his third synod.

“One of the best parts of this synod is obvious: the young people,” he said. The 34 synod observers under the age of 30 “are lively, they applaud sometimes. They take a great interest in the speakers. They have been a very, very important part of the language groups,” where synod members, observers and experts make recommendations for the gathering’s final document.

The young adults are serious about the church “listening to them, the church being attentive to them,” he said. “They also are not opposed to the church’s teaching necessarily at all. They want to be heard and listened to, but they also want to draw on the vast beauty and tradition of the church and do some listening of their own.”

In his speech to the synod, Cardinal DiNardo asked that the final synod document include a reference to how following Jesus includes a willingness to embrace his life-giving cross.

Young people are not afraid of a challenge, the cardinal said. “They may not always ‘get’ things of the church, but they know who Jesus is and Jesus is not mediocre; he doesn’t want you and me to be mediocre. He wants us to follow him to the cross and only then to glory.”

“Young people are much more serious than I think we give them credit for,” he said. And, hearing a young person’s story of faith probably is the most effective way to evangelize other young people.

“A lot of us wanted to mention it and say, ‘Yes, it’s a real issue; we have to accompany people,'” he said, “but we can’t forget the words of the Lord, ‘Follow me,’ and that requires sometimes for all of us a conversion of hearts.”

PREVIOUS: Christians are meant to serve, not be served, pope says