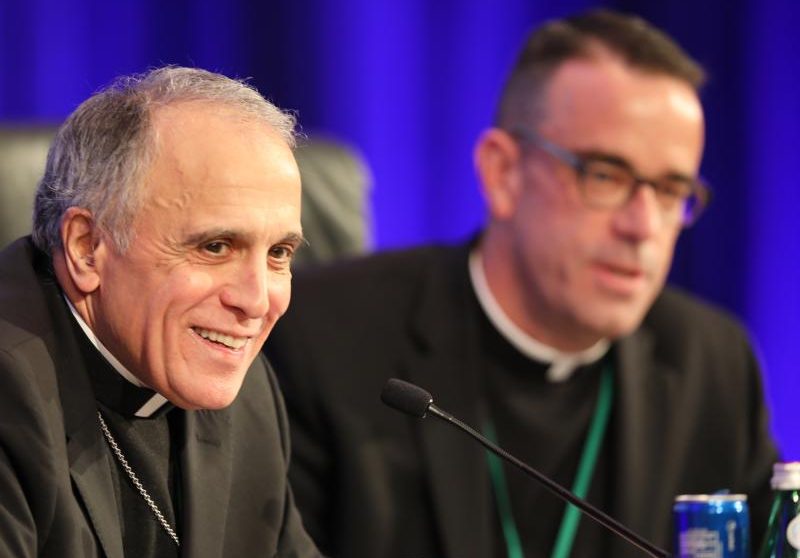 BALTIMORE (CNS) — The president of the U.S. Conference of Catholic Bishops said he was leaving the bishops’ fall general assembly Nov. 14 more hopeful than when the meeting began two days earlier.

Cardinal Daniel N. DiNardo of Galveston-Houston said in remarks closing the assembly that his hope was primarily grounded in Christ as well as realizing that the body of bishops was on the road to implementing protocols to boost the accountability of bishops to laypeople and survivors of clergy sex abuse.

As the meeting started, Cardinal DiNardo expressed disappointment because the Vatican had asked that no vote be taken on several protocols governing bishops that he had hoped would be accepted during the three-day meeting.

The instruction came from the Congregation for Bishops, citing the upcoming February meeting of the presidents of the bishops’ conferences around the world to address clergy sex abuse and to ensure that the proposals were in line with canon law.

The cardinal also pledged to the pope the “loyalty and devotion” of the conference “in these difficult days.”

“I am sure that, under the leadership of Pope Francis, the conversation that the global church will have in February will help us eradicate the evil of sexual abuse from our church,” Cardinal DiNardo said. “It will make our local efforts more global and the global perspective will help us here.”

In addition, the cardinal said, the hours of conversation involving bishops, eparchs, clergy abuse survivors and invited speakers throughout the assembly “have given me direction and consensus” and will serve as a “springboard for action.”

As the USCCB developed a plan to respond to difficult news regarding clergy abuse over the summer, Cardinal DiNardo said conference leadership set three goals, among them fully investigating the circumstances surrounding reports that Archbishop Theodore E. McCarrick had allegedly abused minors and seminarians.

Other goals, he said, included making it easier to report abuse and misconduct by bishops and developing means whereby bishops could be held more accountable for their actions and ensuring any plan was independent of the bishops, duly authorized by the church and had substantial lay involvement.

He said the assembly showed that the USCCB was on “course to accomplish these goals.”

Progress also was made to establish a way for people to report complaints against bishops through a third-party hotline and that proposals for a national lay commission and a national network involving existing diocesan review boards will be developed, he said.

The cardinal also expressed hope that standards of accountability for bishops and a protocol for bishops removed from ministry also would be completed.

“We leave this place committed to taking the strongest possible actions at the earliest possible moment,” Cardinal DiNardo said. “We will do so in communion with the universal church. Moving forward in concert with the church around the world will make the church in the United States stronger and will make the global church stronger.”

PREVIOUS: Faith groups could be taxed on transit, parking benefits for employees

NEXT: Positive changes seen since 1978 pastoral on persons with disabilities