Forum explores use of fetal tissue in medical research 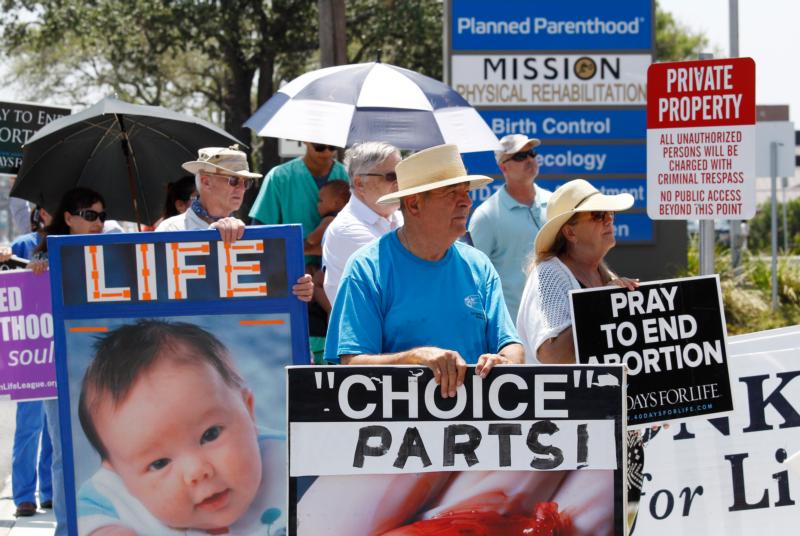 WASHINGTON (CNS) — Alternatives to the use of fetal tissue from abortions are already plentiful, asserted one speaker at a Nov. 27 forum on the issue hosted by the Heritage Foundation think tank in Washington.

“There are alternatives that exist that we can use,” said Tara Sander Lee, an associate scholar at the Charlotte Lozier Institute — the research arm of the Susan B. Anthony List — at the forum. What’s more, Lee added, “there are so many ethical alternatives.”

The acquisition of fetal tissue has become a $100 million industry, according to one 2017 estimate. Lee, who has a doctorate in biochemistry, cited the case of Advanced Bioscience Resources, which she said has been referred to the federal Department of Justice for profiteering.

Advanced Bioscience Resources, according to Lee, obtained 20-week-old fetus from an abortion clinic in June 2014 and paid $60. It then sold the fetus’ brain, eyes, liver, thymus and lungs to five different customers, charging $2,275 in all for the specimens, plus added charges for shipping, disease screening, cleaning and freezing.

“The human body is amazing and has a lot of tissues and organs that are available right now from the adult and pediatric population,” Lee said. “They can come from living individuals as well as post-mortem” rather than from aborted fetuses, she added.

“Just from skin, an individual can donate a small, little biopsy of skin and you can use that skin to go back and go back to an embryonic phenotype,” she said. “They will actually resemble stem cells.”

Pluripotent stem cells, Lee added, can be purified even further to make “organoids” that resemble the brain, lungs, kidney and liver.

Adult stem cells, according to Lee, are “the only stem cell proven successful in treating well over 1.5 million patients worldwide. They are used to treat numerous diseases and conditions such as cancer, stroke and spinal cord injury.”

Umbilical-cord blood is a “very rich source” of adult stem cells, Lee said. “You can either donate the blood or you can also store because it withstands long-term cryopreservation,” noting there have been more than 35,000 such blood transplants worldwide.

“They’re not only treating people after they’re born, but they’re also treating patients in the womb before they’re born,” Lee said at the forum. She cited one case in which the mother donated bone marrow, which was collected and processed, then injected through the umbilical vein to be circulated through the child to treat the disease that was discovered in utero.

Lee also described trans-amniotic stem-cell therapy as “a reverse amniocentesis” in which, rather than going back through the umbilical vein, “you can go through the amniotic fluid to treat this baby.”

She said medical professionals are developing strategies to treat congenital heart defects in the womb. “You can tissue-engineer a graft,” she said. “You can go in and perform surgery early on and … correct the congenital defect.”

While there are advantages to using fetal tissue and cell culture, there are also shortcomings, according to David Prentice, Charlotte Lozier Institute vice president and an adjunct professor of molecular genetics at The Catholic University of America’s Pontifical John Paul II Institute for Studies on Marriage and Family.

Those drawbacks include expertise, quantity, instability and economy.

“You can’t get a lot of cells. They tend to become unstable after a while,” said Prentice, who also has a doctorate in biochemistry. “To get to a cell culture, you need that chunk of tissue.” There also is the ethical issue of using “fresh fetal tissue” rather than historical fetal cell lines, which he noted grow “for years, for decades.”

Prentice did admit to the “ethical taint” of using a fetal cell line. “It did come from an abortion,” he said, “but it’s not an ongoing type of act.”

Nor have the outcomes of using fetal tissue been promising, according to Prentice. A New York Times report of a 2001 effort to treat Parkinson’s patients with fetal brain tissue quoted doctors calling the results “absolutely devastating,” “tragic, catastrophic,” and “a real nightmare.” A 2003 effort to treat Parkinson’s ended, he said, with more than half of the patients developing potentially disabling tremors.

Prentice also described a 2009 report of a patient with Huntington’s chorea developing “graft overgrowth” after being treated with fetal tissue: “His cells were growing uncontrollably within the brain of the patient.”