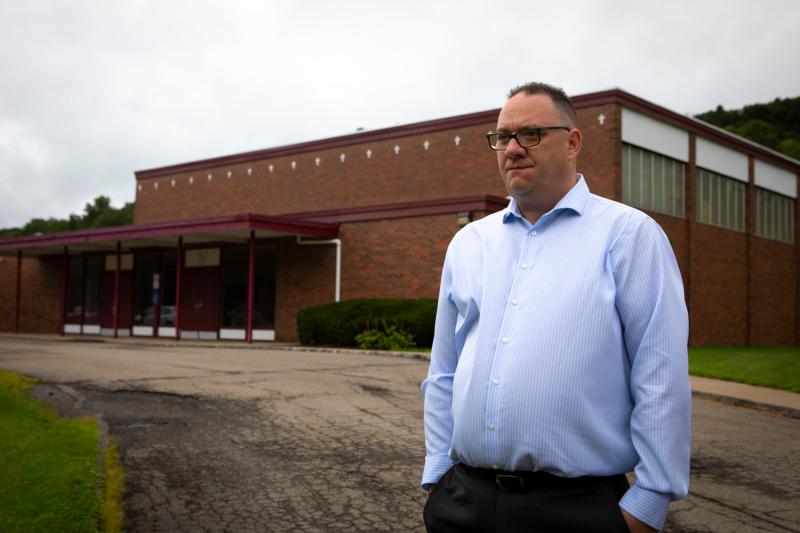 WASHINGTON (CNS) — When Father David Poulson of the Diocese of Erie, Pennsylvania, pleaded guilty Oct. 17 to felony counts in connection with sexual assaults against one boy and the attempted assault of another boy, Jim VanSickle was there to witness it.

VanSickle, 52, said Father Poulson assaulted him when he was a teenager.

“It was very rewarding for me in the sense that I was able to look at him (and) watch him plead guilty to sexual charges,” VanSickle told Catholic News Service in an Oct. 31 telephone interview from Pittsburgh, where he now lives.

According to VanSickle, Father Poulson was one of just two priests — out of 301 clerics and other church workers named in the August Pennsylvania grand jury report on clergy sex abuse claims in six Pennsylvania dioceses — to be subject to criminal charges for abuse committed within the state’s statute of limitations.

VanSickle said his own abuse occurred 37 years ago.

This is why he wants reform of the state’s statute of limitation when it comes to sexual abuse. Pennsylvania’s eight Catholic dioceses, as well as the state Senate, have backed the creation of a victims’ compensation fund for abuse claimants whose assaults took place before the statute of limitations.

VanSickle told CNS the fund may be of help to some victims who have financial problems or who don’t want to endure a civil trial. But a fund, he said, “would not expose the information pertaining to each one of these predators, and that information could possibly bring light to other victims or abusers, so we would not want that being suppressed.”

The other argument against a compensation fund, VanSickle added, is that ‘It doesn’t give us our day in court, and that’s not about money.”

VanSickle said he was 15 when Father Poulson abused him, adding the Pennsylvania statute of limitations prohibits both criminal charges from being filed or a civil suit being brought against Father Poulson.

The Pennsylvania bishops have argued a statewide compensation program is better than lifting the statutes of limitation on claims, even for a one- or two-year period, to allow suits to be filed for current time-barred civil claims would “inevitably result in bankruptcy for dioceses.”

“Bankruptcy would cripple the ability of a diocese to provide compensation and healing for survivors, while vastly reducing or eliminating social service programs that greatly benefit all Pennsylvanians by serving some of the most at-risk people in our communities,” they said in a recent statement.

VanSickle said he supports a one-time, two-year window for survivors of past child sexual abuse who were previously blocked from seeking civil damages to seek redress in the courts.

Also backing the change is the Pennsylvania Coalition Against Rape. Statutes of limitation, it argues on its website, “imposed arbitrary time limits which do not provide the time, distance and personal healing from sexual trauma that many survivors require before they are able to pursue justice and accountability from the individuals who harmed them, and in some cases, institutions that protected the perpetrators.”

The crimes to which Father Poulson pleaded guilty in a county courthouse in Brookville, Pennsylvania, were corruption of minors and endangering the welfare of children — both of which are third-degree felonies under state law. Father Poulson took the boys, who were between the ages of 8 and 18, to a remote cabin — on acreage co-owned by the priest and a Pennsylvania State Police sergeant — between 2002 and 2010.

Father Poulson, who has been ordered by Bishop Lawrence T. Persico of Erie to not present himself as a priest, is scheduled to be sentenced in mid-January. VanSickle said he plans to be in court then, too.