Religious liberty seen as key to societal advancement around the world 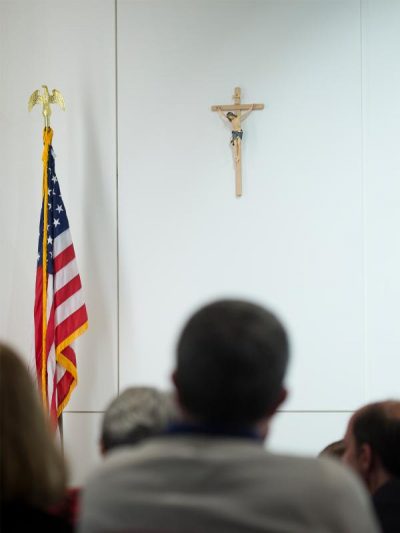 WASHINGTON (CNS) — The impact of the International Religious Freedom Act over the past 20 years “has, in many ways, been revolutionary,” said Thomas Farr, president of the Religious Freedom Institute in Washington.

Farr was one of a number of speakers at a daylong event Nov. 9 to mark the 20th anniversary of the law. The institute and Baylor University co-sponsored the forum at the Hyatt Regency Hotel on Capitol Hill.

“In America, we stand against the persecution of every person, every creed,” he added.

The persecution of Rohingya Muslims in Myanmar “makes my blood boil,” Sam Brownback, ambassador-at-large for international religious freedom, said in his keynote address. “Why do they have to be Buddhists before nobody bothers them?”

When people are living in a refugee camp solely because of the faith they practice, “I’m thinking I have a lot of responsibility to that person, then. Maybe we can get them back to a peaceful life.”

And what he described as the “release of spiritual capital” also should result in fewer terrorist activities by people taught all their lives to hate other faiths and governments who drive people out solely on the basis of faith.

“We need activists,” Brownback said. “We need pushy activists. … You need to push the selfish interests of each nation.”

“There must be something inherently powerful about a free soul deciding to do whatever that free soul wants to do,” he added.

Brownback, a former U.S. senator and governor of Kansas, was confirmed in January as the fifth international religious freedom ambassador. In July, he and Secretary of State Mike Pompeo sponsored the first Ministerial to Advance Religious Freedom at the State Department, drawing delegations from 84 nations.

A second ministerial will be announced soon, Brownback said, and “I think we’ll triple the size of it.”

One of the first of those countries was China, a major American trading partner. “That single act said to everyone in the State Department, ‘This cause is real,'” said Robert Seiple, the first at-large ambassador for religious liberty, serving from 1998 to 2000. China remains on the newest list, issued in January, which also includes Russia, Pakistan, North Korea, Nigeria and Saudi Arabia.

William Inboden, a professor at the University of Texas-Austin who advises the religious liberty commission, hailed the “unique historical moment” of 1998. “The only people caring about Afghanistan in the 1990s were women’s rights advocates and religious freedom advocates.”

Noting that “Religious intolerance can bring security threats,” he added, “We found that we’re good at capturing and killing terrorists, (and) we’re not so good at preventing new ones.”

Religious liberty as a cause dates to the Universal Declaration of Human Rights, adopted by the United Nations in 1948 in the wake of the atrocities of World War II. As an issue specifically for Catholics, it predates the government commission by three decades, originating in 1965 with “Dignitatis Humanae,” the “Declaration on Religious Freedom,” which was promulgated by St. Paul VI as part of the Second Vatican Council.

“Religious freedom,” it states, “which men demand as necessary to fulfill their duty to worship God, has to do with immunity from coercion in civil society. Therefore it leaves untouched traditional Catholic doctrine on the moral duty of men and societies toward the true religion and toward the one church of Christ.”

Before that, said Robert George, a Princeton University professor who also has served as chairman of the U.S. Commission on International Religious Freedom, Catholics had rejected the idea “in the belief that only the truth has rights.”

John Hanford, the religious freedom ambassador-at-large from 2002 to 2009, rejected the notion that religious liberty is seen mainly as a cover for conservatives to advance conservative causes.

“Why this is viewed as a conservative issue, I don’t understand,” he said. “I’m going to say that it’s large because the left is becoming increasingly secular. The media is increasingly involved in secular activity.”