Basilians pray as they await inquiry results at Toronto school 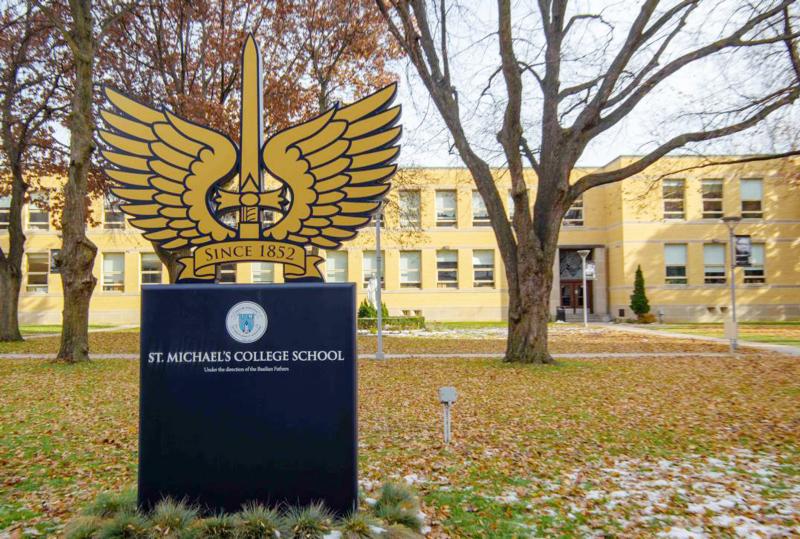 TORONTO (CNS) — As the Basilian Fathers and board of directors of St. Michael’s College School await the results of an inquiry into the culture and policies that may be factors in a sexual assault scandal, the priests are praying for the victims, their families and the community they serve.

“How do we pray in the midst of all of this? First of all, we pray in utter humility,” said Basilian Father Thomas Rosica, spokesman for the order.

“The deeper question is what has our influence done or not done with these students? … If we have been unaware of this for a long time, how is that? How can that be?”

Father Rosica spoke after the high school’s board of directors accepted the resignations of Basilian Father Jefferson Thompson, school president, and Principal Greg Reeves. The two men cited a desire “to move the school forward without distractions and allow it to focus on healing and change” after a scandal that has seen six students, ages 14 and 15, charged with assault, gang sexual assault and sexual assault with a weapon following an alleged incident in a locker room.

Eight students have been expelled and one suspended as police continue to investigate three other hazing-related incidents. The prestigious Toronto Catholic boys’ school, founded in 1852, has launched an independent investigation of its “student culture” to be led by “a panel of experts.”

Father Rosica said he expects the panel will release a preliminary report early in the new year and a more detailed report by the summer. He praised the Toronto Police Services and local journalists for uncovering what is known so far about a series of alleged incidents recorded on at least six videos, which have circulated among students and on social media. Some of the videos constitute child pornography, according to police.

As the Basilian spokesman throughout the process, Father Rosica has fielded hundreds of calls and emails from journalists across North America, the United Kingdom, Europe and elsewhere.

“Without that pursuit of truth, we would not know it. Some of the journalists — excellent journalists in Toronto and the editors and the hosts on television — have done a superb job,” said Father Rosica, who is also an English-language media attache at the Holy See Press Office.

“We are faced with humiliation, and we are being taught, forcefully, what it means to be humble,” Father Rosica said.

As the owners of the private, all-boys school, the 147 Basilian priests are determined to accept their responsibilities and find a way back to their roots in Catholic education, said Father Rosica.

“Our Basilian motto — ‘Teach me goodness, discipline and knowledge’ — is not something we emblazon on walls or wear on T-shirts and on mugs because it’s cute. But if we take that seriously, we have to look at this crisis and say: Where was the goodness? Where was the discipline? Where was the knowledge?'” said the priest, who also serves as CEO of the Salt and Light Media Foundation.

Among the reforms on the table is the possibility of expanding the school’s board of directors, which currently consists of four Basilians and three laypeople — two men and one woman.

“Let that membership be lay, competent professionals,” Father Rosica said. “And let us have more women on the board.”

While many St. Michael’s students are able to attend the school because of generous scholarships, both the private-school culture of wealth and privilege and St. Mike’s sports teams are bound to come under the microscope as a new leadership team, under Basilian Father Andrew Leung, interim president, begins to form.

Over its 166-year history, St. Michael’s has become renowned for its athletic programs, particularly a rich hockey history that has produced 11 inductees into the Hockey Hall of Fame.

NEXT: Indian archbishop among Christians with papers turned away at polls