Bishops in Sudan, South Sudan tell citizens only they can build peace 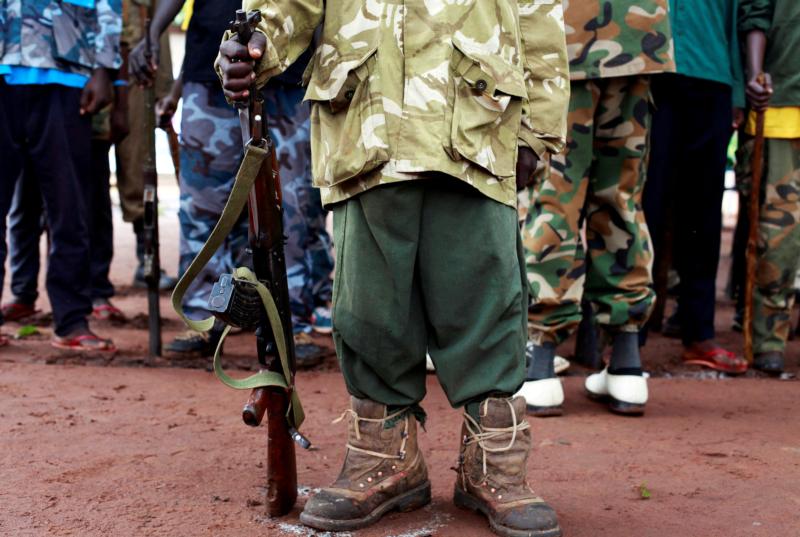 In this file photo, a former child soldier in Yambio, South Sudan, holds a gun during a child soldiers’ release ceremony. Catholic bishops in South Sudan and Sudan appealed to the citizens of the two countries to work harder for peace, telling them, “True peace can only be built by citizens like you.” (CNS photo/Andreea Campeanu/Reuters)

NAIROBI, Kenya (CNS) — Catholic bishops in South Sudan and Sudan appealed to the citizens of the two countries — including those in diaspora — to work harder for peace, telling them, “True peace can only be built by citizens like you.”

“You have a vital role to work for peace in the way you think, talk and act. We appeal to you to tune down your unhelpful rhetoric on social media,” which sometimes includes “insults and incitement of hatred,” the bishops said. “We call on each one of you to avoid the negative pattern of tribalism which is now infesting our society. We want you instead to accept and build peace by embracing the spirit of love, forgiveness and reconciliation.”

Instead, they added, “Accept and build peace by embracing the spirit of love, forgiveness and reconciliation. There should be no more war in your minds, lips, houses and villages. Let us give this peace a chance by embracing each other as sons and daughters of one nation.”

In a message issued at the end of their joint November meeting in Khartoum, Sudan, the bishops praised the mediation efforts being carried out by South Sudan President Salva Kiir. The president has been mediating the peace process between the Sudanese government and armed opposition groups in Sudan.

“It cannot be overstressed that the people of Darfur, Nuba Mountains and southern Blue Nile have suffered much and for a long time,” the bishops said. “We support every effort to bring about stability and peace in these troubled areas of Sudan, so that all corners of Sudan can also enjoy peace and prosperity.”

The bishops also congratulated those who helped bring about the October power-sharing peace agreement between the South Sudan government and the country’s opposition parties.

“We consider this peace agreement very important, however imperfect it may be. We support this agreement and want to see that the parties to the agreement follow their commitments in all the stages of implementation, so that a sustainable peace may return to our suffering people,” they said.