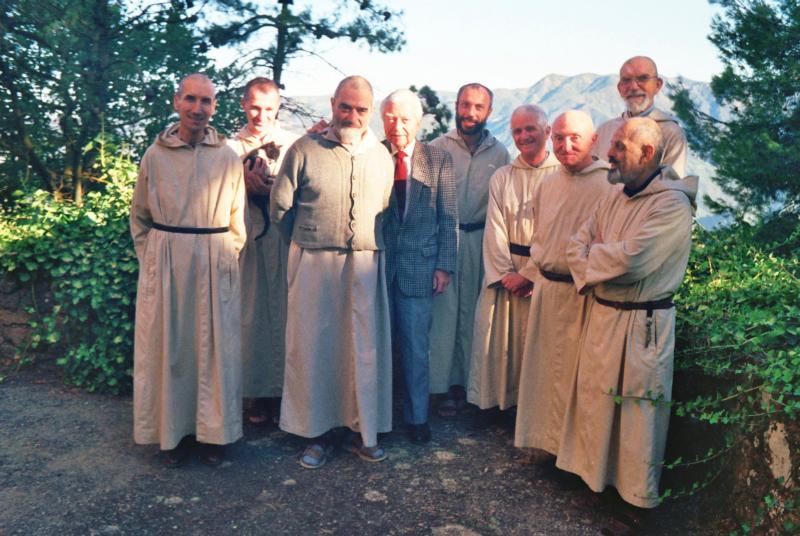 Father de Cherge, prior of the Monastery of Notre Dame de l’Atlas, said he held no ill will to those who would eventually kill him. In his letter, written between Dec. 1, 1993, and Jan. 1, 1994, he said he knew extremists in the country followed a “caricature of Islam” and urged his loved ones to not confuse Muslim “religious tradition with the all-or-nothingness of the extremists.”

“I do not see how I could rejoice that this people that I love should be globally blamed for my murder,” the Trappist monk wrote.

The sense of impending doom felt by Father de Cherge would prove correct when he and six of his fellow Trappists — Fathers Christophe, Bruno and Celestin as well as Brothers Luc, Michel and Paul — were murdered in 1996 by members of the Armed Islamic Group in Tibhirine, Algeria.

More than 20 years after their martyrdom, the seven Trappist monks will be beatified along with 12 of their fellow martyrs who were killed between 1993 and 1996, while Algeria was locked in a 10-year armed conflict between government forces and extremist Islamic rebel groups.

Cardinal Angelo Becciu, prefect of the Congregation for Saints’ Causes, will preside over the Dec. 8 Mass and beatification for the six women and 13 men in Oran, Algeria.

In anticipation of their long-awaited canonization, the Vatican publishing house, Libreria Editrice Vaticana, presented a new book on the lives of the Trappist martyrs: “Simply Christians: The Life and Message of the Blessed Martyrs of Tibhirine.”

The book, written by Trappist Father Thomas Georgeon, postulator of the monks’ canonization cause, and Francois Vayne, communications director for the Knights of the Holy Sepulchre, details the lives of the monks before their martyrdom.

In a video message shown during presentation of the new book Nov. 19, Father Georgeon said that while the church will formally recognize the sanctity of the seven Trappist martyrs, St. John Paul II recognized their holiness soon after their death. 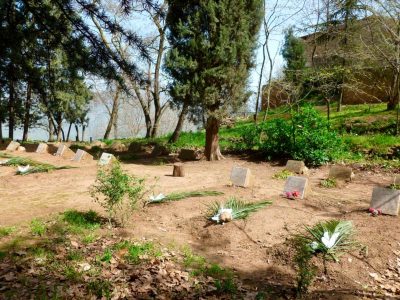 The graves of monks murdered in 1996 are seen in the cemetery of the Monastery of Notre Dame de l’Atlas near Medea, Algeria, in this undated photo. (CNS photo/courtesy Vatican Dicastery for Communication)

Father Georgeon said the book’s cover features a picture of a mosaic located in the Vatican’s Redemptoris Mater Chapel: it pictures Father de Cherge, flanked by two martyrs of the church. He said he asked Jesuit Father Marko Rupnik, who designed the mosaic, how the Trappist monk was included in the final design.

Father Georgeon recalled Father Rupnik “told me that he met the Holy Father (St. John Paul) to present the project, but there were doubts of including Father Christian only three years after his death. The canonical process of his beatification had not begun.”

“The Holy Father gave him a big pat on the back and told him, ‘This monk must absolutely be included in the mosaic. You will see that he will obtain great graces for us.’ It was a prophetic word from St. John Paul II, who was the first to spread the monks’ reputation of holiness,” the postulator said.

Vayne, who was born and raised in Algeria until his teens, told journalists the memory of his martyred friends continues to move him. He recalled often visiting the Tibhirine monastery, which “was the lung of the diocese.”

Through their work in helping others and their witness in staying with their people despite the risks, the monks are a testament to the brotherhood that exists between Christians and Muslims, Vayne said.

Just as Pope Francis said that martyred Christians of different denominations share “an ecumenism of blood, we can also speak of a Muslim-Christian interreligious brotherhood of blood,” Vayne said.

Cardinal Becciu, who wrote the book’s preface, told Catholic News Service that the example of the Trappist martyrs teaches Christians today to be “strong, courageous, faithful and coherent” in the face of persecution and to give “themselves to the cross, even though going to the cross brings extreme consequences.”

Recalling Father de Cherge’s final testament, Cardinal Becciu said the martyred prior knew until the day he died how to distinguish between “the Islam that he knew and he experienced” and the beliefs of extremists who “betrayed Islam in its essence.”

“He knew an Islam that was tolerant and, in being in contact with (Muslims), he saw them as respectful, friendly people who needed help. They were ready to help and receive (the monks) in their homes. So, he couldn’t react by saying, ‘All Muslims are that way’ and give a global judgement,” Cardinal Becciu told CNS.

Franciscan Father Giulio Cesareo, editorial director of the Vatican publishing house, said the lives of the Trappist martyrs detailed in the book also dispel the myth that the path to holiness is lived only by “people who do extraordinary things, who do a lot of penance, work so many miracles or who are out of the ordinary.”

Although the monastic experience is something that not all Christians live, the Trappist martyrs “gave of themselves in what did” through their daily activities, which ranged from blacksmithing to providing medical care for their Algerian neighbors,” Father Cesareo told CNS.

“This is a great message for all of us because, in the end, we think that saints are far away,” he said. “Instead, we are all saints in the measure in which we live within this logic of giving ourselves (to others).” 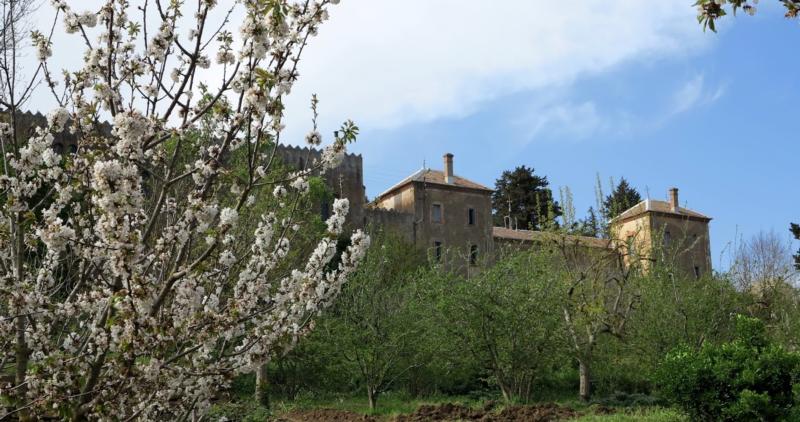 The Monastery of Notre Dame de l’Atlas near Medea, Algeria, is pictured in this undated photo. (CNS photo/courtesy Vatican Dicastery for Communication)

PREVIOUS: Bishops in Sudan, South Sudan tell citizens only they can build peace

NEXT: Berlin Archdiocese hosts banquet for the poor