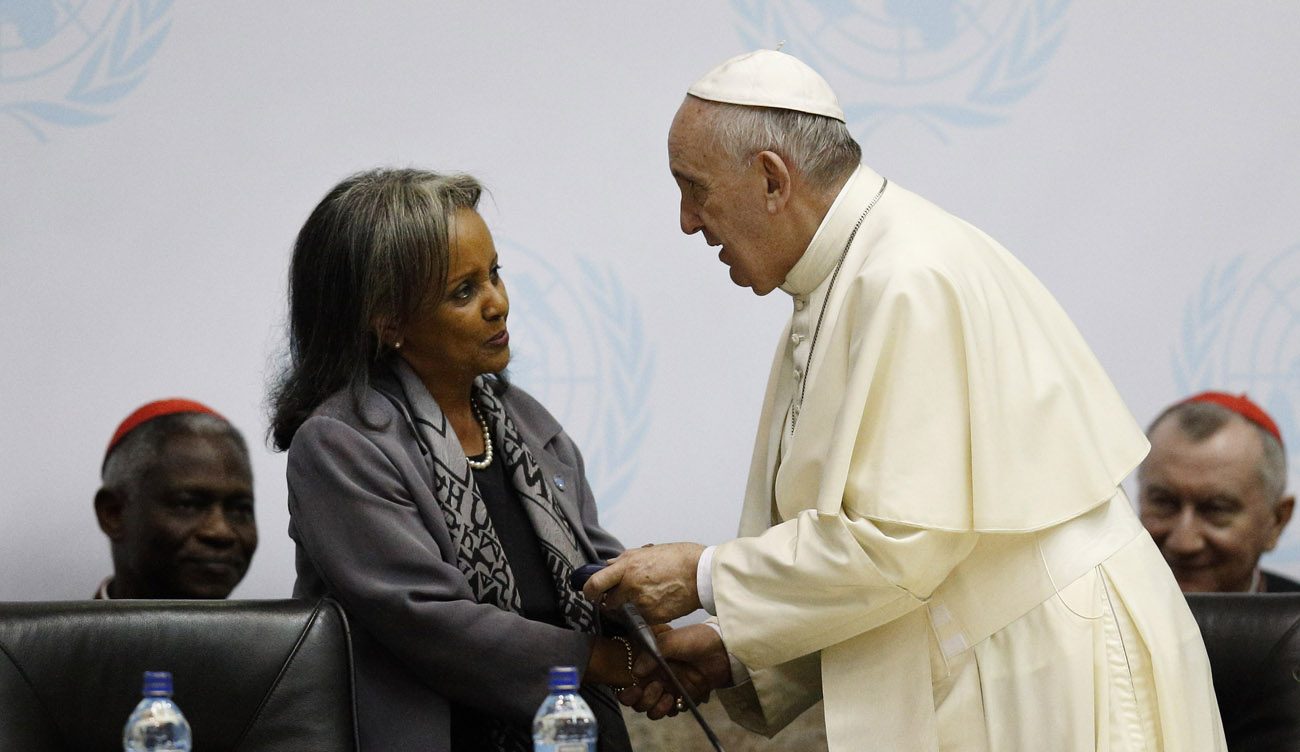 ADDIS ABABA, Ethiopia (CNS) — Ethiopia’s bishops welcomed the election of the nation’s first female president, Sahle-Work Zewde, and said they were pleased that women “are getting their rightful place in the development of the country.”

Zewde, 68, a career diplomat, has served in a variety of posts, including as Ethiopia’s representative to the United Nations, and as director-general of the U.N. offices in Nairobi — a position in which she met Pope Francis in 2015.

“The Ethiopian Catholic Church believes that President Sahle-Work Zewde, who has years of impressive diplomatic experience, will further strengthen the leading role Ethiopia is playing in the region and further enhance the soft power of the country at an international level,” said the church statement.

The statement noted that, for years, the Catholic Church has worked in the empowerment of women, providing young girls with education and other opportunities so that they may explore their potential. It said it hoped Zewde’s election would inspire women and young girls throughout the country to recognize their potential and strive to become influential actors in the international arena.

Political power in Ethiopia is currently wielded by the prime minister, with the president’s role being restricted to attending ceremonies and functions.

In early November, the government appointed 54-year-old Meaza Ashenafi as the first female Supreme Court president. She is the founder of the Ethiopian Women Lawyers Association and has worked at the UN Economic Commission for Africa.

NEXT: People unable to give have become slaves to possessions, pope says